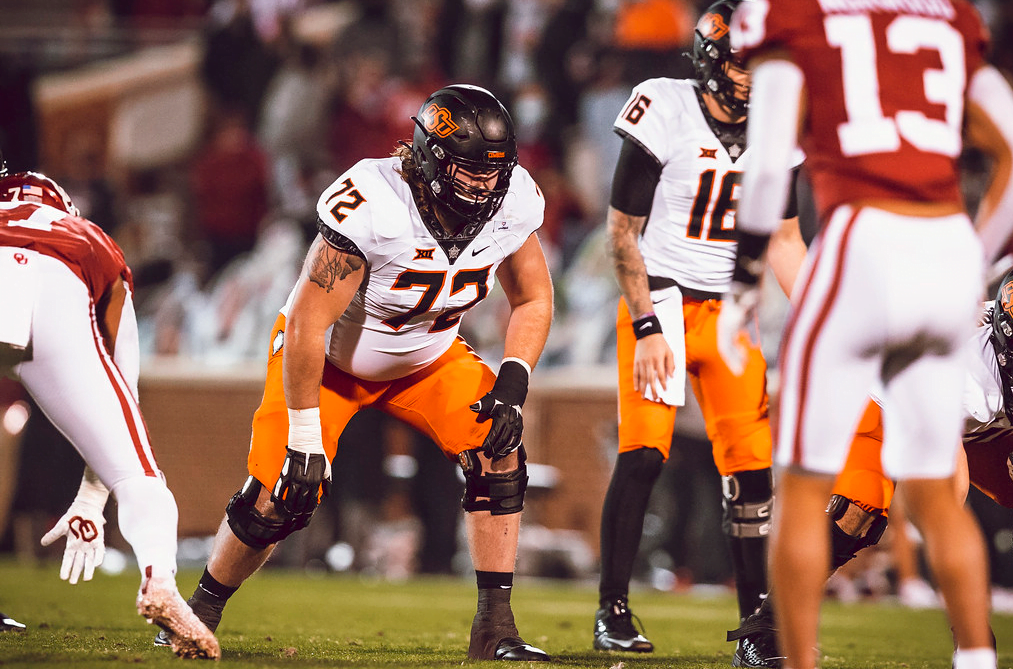 Oklahoma State’s offensive line will return a stabilizing force — emphasis on the force — for the 2021 season after redshirt senior offensive lineman Josh Sills announced Wednesday that he will return to play for the Pokes in 2021.

Sills could have opted to turn pro but is instead utilizing the extra year of eligibility provided by the NCAA to all student-athletes as a measure of relief and flexibility amidst the pandemic.

Sills, a 6-foot-6, 325-pound lineman, transferred in from West Virginia last year and immediately earned a role as a starter up front for OSU. He played several different positions in an attrition-laden season as injuries bubbled up along the offensive line like a cracked Coke can, and yet he remained a constant force wherever he lined up.

More than that — and those that watched the season-long ESPN show that followed the team — Sills emerged as a locker room leader. His animation is infectious, and it was a needed presence as OSU struggled to field a healthy line all season and constantly churned in young and inexperienced players into the rotation.

“Josh has a unique personality and people — players and coaches — kind of migrate to that personality,” Gundy told The Oklahoman in October about Sills. “He works hard. He’s got a little bit of a throwback, tough-guy image. Players like him. He’s very personable, and over a period of time, the players started responding to his enthusiasm.

Sills will be a presumptive starter up front for OSU in 2021 on an offensive line unit that … might … just … (pause for dramatic effect…) be very good. At the very least, it will be experienced. Sills will be the elder statesman of a unit that will add junior college tackle Caleb Etienne and Miami (Ohio) center Danny Godlevske, both of which could assume roles as starters next season. Preston Wilson, Jake Springfield, Cade Bennett, Hunter Woodard and Cole Birmingham will also be in the mix to play major snaps for a unit that could be in line for a bounceback in 2021.