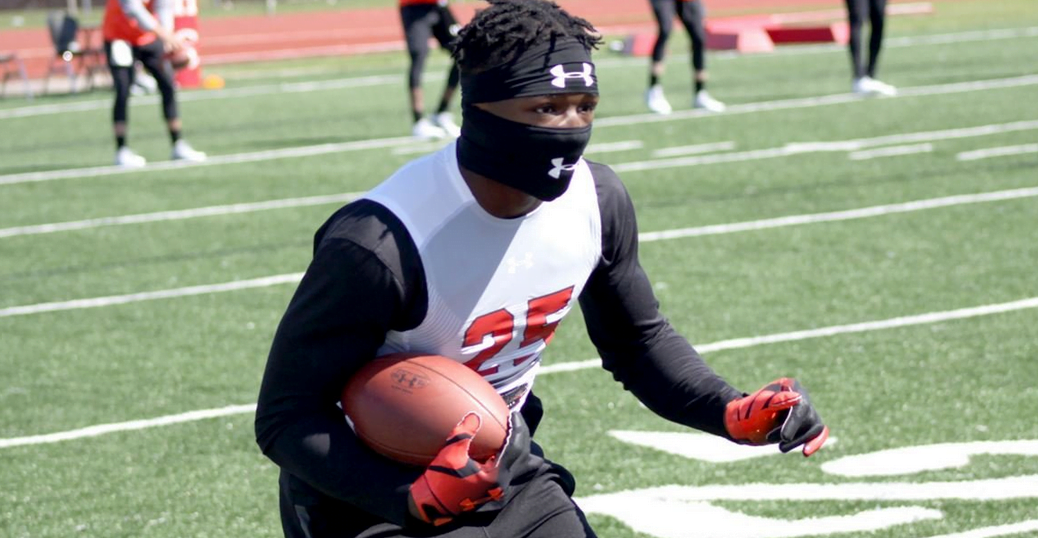 Oklahoma State’s coaching staff sent out more than a dozen new scholarship offers to Class of 2020, 2021 and 2022 prospects over the past week. Expect more of the same up until the end of the recruiting contact period on Feb. 2.

We ran many of those new offers here last week, but there’s been a flurry of newbies pop up on the radar. Here’s a rundown, with tidbits to know on each.

Rundown: Jelani Wood’s rise to the top of the depth chart at tight end for Oklahoma State has the coaching staff readying to make another run at a 6-7 talent. Washington, a 6-7.5 tight end from Las Vegas, has 29 offers, the likes of which from Alabama, Auburn, Arkansas and others.

Rundown: Kevontre Bradford is a product of Lancaster High School in Texas who already has close to 20 scholarship offers. In the Big 12, Baylor, Kansas, Kansas State, Oklahoma State, TCU and Texas Tech have already presented him with offers.

Rundown: Bryant has close to 20 scholarship offers from LSU, Arizona, Houston, Indiana, Colorado — you name it. He hails from Pearland, Texas, home of the fighting Justin Phillips’, and is ranked as a top-200 talent in 2020.

Rundown: Perez is a promising offensive tackle prospect from Pearland, Texas, like Bryant. OSU is his first offer — but surely not his last. At 6-6, 265, Perez is going to be a big deal for programs looking for a mobile and athletic offensive tackle.

Rundown: Chibuzo is a monstrous offensive tackle prospect from Missouri City, Texas (Hightower High School). He’s committed to Texas A&M (and has been since June). He holds offers from Baylor, Alabama, OSU, Florida, Vandy, LSU and a slew of others. Was first-team All-District last year.

Rundown: Maybe the biggest star on this entire list. Fatheree is a 6-8, 300 pound (!) tackle from Richmond’s Foster High. Alabama and Georgia are among the 18 offers he holds. Fatheree is a dualing star in football and basketball, but his size and agility makes him a shoo-in to be a star at the tackle position.

Rundown: 247Sports rates Landon Jackson as a top-40 national recruit in 2021 and the No. 4 prospect at his defensive end position. He’s already well-developed at 6-5, 215, and has double digit offers. Baylor, Arkansas, KU, Texas, Texas A&M, Southern Miss are among those in the mix.

Rundown: Duncanville product Savion Byrd can add OSU to his endless opportunities that already include Alabama, Arkansas, Baylor, Illinois, TCU and Mizzou. He’s not ranked, but considered one of the best tackle prospects in the 2021 class.

Rundown: Trotter is a Philly native who attends St. Joseph’s High School. He has offers from Baylor, Temple, Maryland and Houston. Runs a 4.81 40-yard dash and has a 30.1 inch vertical according to 247Sports data from last April. Son of former NFL linebacker Jeremiah Trotter.

Rundown: Anthony Johnson is a linebacker prospect from Philly who attends Neumann Goretti. Baylor and Syracuse have already offered.

Rundown: Enai White is a 6-5 pass-rusher from The Pennington School in New Jersey. He has offers from Rutgers, Baylor and OSU.