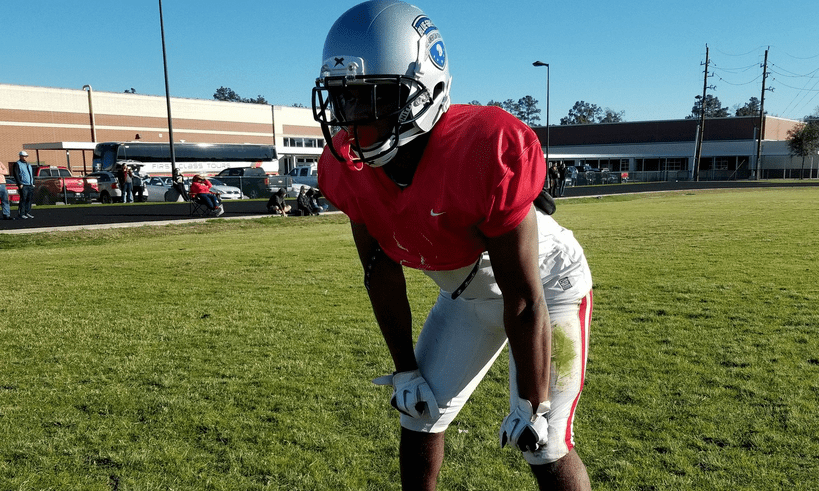 Four-star 2019 running back prospect Deondrick Glass committed to OSU three weeks ago over a bevvy of high-major suitors in a dramatic ESPN ceremony, and at the first available opportunity, he made things official.

Early Wednesday morning he signed, sealed and delivered his National Letter of Intent, binding him to the school financially to officially make him a future Cowboy. (He committed between the December and February signing days.)

Here’s a quick snippet of what the staff reeled in.

It's official! Deondrick Glass is an #okstate Cowboy. Welcome to the family! #GoPokes #NSD19 pic.twitter.com/n554EBEX5N

Glass is the second-highest rated commitment for OSU in the 2019 recruiting cycle, behind only Grayson Boomer, and the fifth-highest rated running back to ever sign with OSU since recruiting rankings were tracked in the early aughts.

OSU landed Glass by somewhat of a process of elimination; Alabama, Ohio State, and Miami had all taken commitments at the running back spot to take the spot that may have been his, leaving OSU as the beneficiary. But regardless, Glass is a major player from a major program in Katy High School. If he excels at OSU, he could pave the way for other major players from Katy to consider the Pokes.

He certainly expects he will.

“Let’s go get a national championship,” Glass said during his commitment ceremony in mid-January, “and I want to win the Heisman next year as a true freshman.”

In three seasons on varsity at Katy, Glass racked up 4,964 yards rushing on 534 carries (9.3 yards per carry) and scored 81 touchdowns, including 30 touchdown seasons as a sophomore and senior.