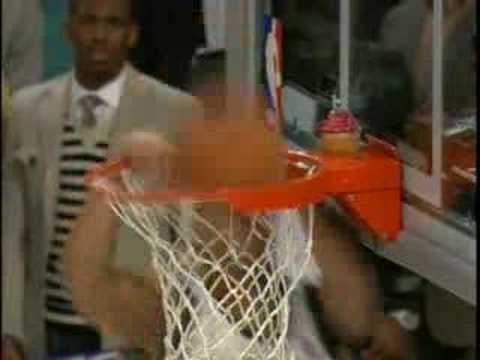 After Monday’s bombshell news that Darrell Williams was being charged on three counts of rape I got a lot of comments and emails about all the players OSU has lost since the ’05 Sweet Sixteen team on account of injury, dismissal, or early declaration for the draft. I started adding them up in my head and lost track by the time I got to the ’06 team, so I had to go back and do some research. Here’s the first half of that list. Remember these aren’t complete classes, just players who didn’t finish their careers at OSU:

Jamaal Brown (3 stars) – He actually averaged a nice little 6 points, 3 assists spot for the Cowboys in the ’05-’06 season. Those 3 assists/game would be leading this year’s team (by a lot). I really liked him as a PG and am going to honor his time on campus by officially inducting him into the Greg Oden “there’s no feasible way this guy is young enough to be in college” hall of fame. Last seen: by me playing pick-up games in the Colvin.

Keith Brumbaugh (5 stars) – Never played a second at GIA despite his lofty #14 class ranking by Rivals. Most people think he was dismissed because of that incident at Wal-Mart on Perkins road but Andy Staples wrote an incredible piece revealing that he missed honoring his duties in Stillwater by 1 ACT point. If you read through all of Staples’ article (which I highly suggest doing) you realize Brumbaugh’s life turned out to be a microcosm of this class’s performance — the fruitless fulfillment of an eternity of potential. Last seen: he played for the Bakersfield Jam as recently as 2010 (after a short stint in the Nugggets’ camp), but unfortunately the story doesn’t end there, it ends here.

Kenneth Cooper (4 stars) – Completed two seasons under Sean before hopping on the Jason Williams Memorial “how many conferences can I play in?” merry-go-round. Cooper put in a year of service at Louisiana Tech where he averaged a robust 12 points and 7 boards before heading on over to UAB for his Senior year. He averaged 6 and 4 there before his collegiate career came to a merciful end. This one drives me crazy. Cooper could have been the cornerstone for multiple Big 12 title games. I don’t know if he couldn’t hack it in a BCS conference or just hated Sean but it never really seemed like he was fully invested in the program, for better or worse. Last seen: playing for the 11th place team in Portugal’s best league.

Roderick Flemings (4 stars) – The silky lefty only lasted a year before transferring to North Texas in the Spring of 2006. He went to school at UNT for the 2006-2007 year but never played, eventually transferring to Weatherford JC where he averaged 20 and 12. Because of his success there he was recruited by Hawaii and Kentucky and naturally chose to take his talents out West. He finished his career with the Rainbows (averaging a tasty 16 and 6 both years) but not before offering us this pair of epic tattoo quotes: “this [one] says “Million Dollar Man” because that’s just how I feel about myself. Like I’m the Million Dollar Man. [this one] says “Still Ballin” on my forearms. People thought I was gonna stop playing basketball early in my career because of academic problems, so I got that on my arms because I still wanted to be ballin’.”

Sounds like HE’S the one who should have been in Nuggets camp, not Brumbaugh. Last seen: playing in Spain with Mike Gansey.

Gerald Green (5 stars) – You all know the story: high school prodigy from Houston travels North to become crown jewel of greatest recruiting coup in school history. Students chant his name at the ’05 Texas game, the one where college game day (basketball edition) debuted. He’s hailed as the savior. The next Joey. The next Desmond. The next everything. But he never makes it. Somewhere on the trek up I-35 he took a sharp, but lengthy, detour East and found himself in New York for the NBA Draft. Stints with the Celtics, T-Wolves, Rockets, Mavs, and Lakers preceded a pair of years toiling away in Russia where he still resides.

Ironically, the poster boy for one of the darkest eras of OSU hoops is probably best known for blowing out a lit cupcake at the 2008 slam dunk contest (see below). This one still stings and probably always will, especially considering the high school rules implemented by the Association meant Green was the last prep first rounder ever taken. Last seen: averaging 11 a game in Russia and playing with the immortal Qyntel Woods.

Torre Johnson (3 stars) – Sean Sutton dismissed the electrifying forward in 2006 stating, “it is in the best interests of both he and our program that we part ways.” In other words, “we can’t stand each other!!” Torre landed at Wisconsin-Milwaukee where he was averaging 18 and 8 a game before being arrested for hitting a 23-year old woman in the mouth. That incident effectively ended his college career (as it should have) but again he landed on his feet, this time in Denmark where Johnson grabbed player of the year honors and starred for the league runners-up averaging 20 and 8 a game.

It’s not like he was ever short on talent. The 5-man rotation OSU had with him, Eaton, JamesOn, Boggan, and Dove was really fun, if not frustrating to watch. I guess at this point we’re just thankful that he was a JC transfer and only threw away one year instead of three? Is that what it’s come to? Last seen: lighting it up for tha Bakken Bears in Denmark.

Note: I threw JamesOn in here even though he was really in the class of 2005 because his departure was significant enough that I felt I needed to include it.

JamesOn Curry (4 stars) – Not much to complain about here. He gave us three memorable, if not at times, breathtaking seasons. Of course everyone wishes he would have played our his Senior year but we’re all also equally unaware of whatever his professional and personal situations were at the time. JamesOn’s Freshman season was pretty much perfect. He plugged the void left by Tony Allen with a 9-2-3 mark while averaging 24 minutes a game. He was bigger than that too. That night in New York against Syracuse was the catalyst. OSU was ranked 5th and Cuse 4th at the time and the Pokes just took it to them. JamesOn hit a pair of gorgeous step-back threes that put his name on the map and his number in the starting lineup for most of the rest of the year.

He went on to average 13 and 17 in the next two years before jumping ship in ’07. There weren’t a ton of memorable moments in that stretch and it really makes you wonder what JO could have done (in college and professionally) with a sturdy authoritative figure by his side. I give him credit though, he hung around, and he cared. There was a moment in ’07, when Obi was a Freshman and OSU was playing A&M in the Big 12 Tournament in OKC. The game, which ended in a 1-point win, came down to the wire and I remember seeing JamesOn and Obi laying sprawled out on the Ford Center floor, arms interlocked trying to physically will that team to a W. That was a moment to me because you could tell it really meant something to them. And there were few who have ever donned the orange and black who could get it going like he could. James and Desmond and Tony were better scorers and players but when JO had Gallagher swaying two or three straight deep treys, well, there wasn’t much like it. Last seen: playing really well for the Springfield Armor.

Synopsis: This has to go down as one of the all-time botch jobs in NCAA history. It’s tough to believe OSU went from a potential Eaton-JamesOn-Brumbaugh-Green-Boggan starting five to having Tyler Hatch throw in reverse layups against KD and Texas in roughly the span of 600 days.

I think it’s easy to look back on one or two specific people or instances at any school and have, for lack of a better term, recruiters remorse. But the breadth of this nosedive was so epic it’s hard to not wonder how historically great they could have been.

If Ford was already here, would it have made a difference? I don’t know. Probably. The two year stretch from February 2006, when Eddie got arrested to April 2008, when Sean got fired didn’t do a whole lot to advance the program in any discernable way. Of course we could dissect the Sutton family tree until kingdom come, but I actually think the problem was bigger than that. Some perfect storm of NBA allure, program instability, expectation failure, having too many superstar players (and egos), and lack of leadership all contributed tearing down this dynasty-in-the-making that should have, and could have, won at LEAST two Big 12 titles.

Consider: in 2008 OSU (realistically) could have been rolling out Eaton (Sr.) at the one, James (Soph.) at the two, Brumbaugh (Sr.) at the three, Green (Sr.) at the four, and some combo of Cooper (Sr.) and Moses (Soph.) at the five. Get this though, they would have legitimately gone nine deep with Flemings (Sr.), Obi (Soph.), Terrel (Sr.), and Page (Fr.) coming off the bench. Does that rotation top Big 12 champ Kansas or the OU team who fell a Carolina W short of the Final Four? Maybe. Does it better that year’s 9-7 record and 7th place Big 12 finish? I’m going to go out on a limb and say probably so.

All we’re left with though are what could have been’s and if we only’s. But isn’t that part of what makes this whole thing so much fun?