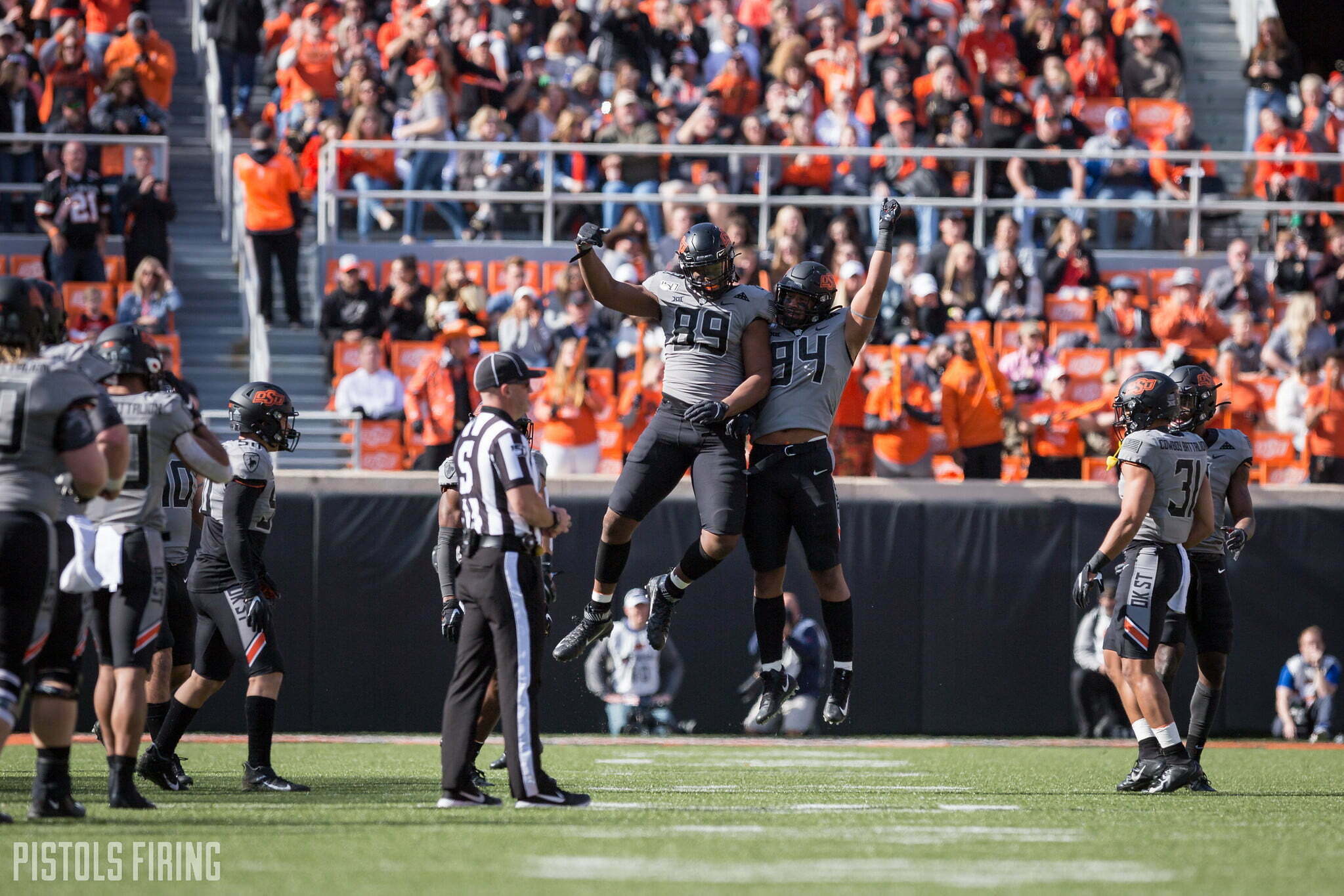 Let’s close the book on 2019 by grading the last of OSU’s position groups, the defensive line.

140-Character summary: A front that raised the most questions of any position on defense last offseason — after returning exactly zero starts — outperformed expectations and gave reason for optimism in the future.

Best performance: Iowa State. Statistically the group had better games in terms of sacks or rushing defense, but the way the Cowboys limited the Cyclones run game and put pressure on Brock Purdy was one of the biggest reasons one team ended a three-game streak and the other avoided a three-game skid.

It was collapsing pockets like this that led to Purdy throwing a career-worst three interceptions.

Worst performance: Texas Tech. When an eventual four-win team hangs nearly 600 yards on you, that’s bad for the entire defense. The defensive line failed to create consistent pressure, and Jett Duffey made them pay with his best game of the year, slinging it for over 400 yards and four TDs.

Best (Trace Ford) play(s): Take your pick. The true freshman played all over the field stepping into a role similar to the one Jordan Brailford inhabited. Look for Jim Knowles to continue to line up his most versatile head hunter all over the place.

We know he can get after the quarterback.

But he was also effective stopping the run. Here he is from the middle linebacker spot.

And he can even step back in coverage.

Reminder: He is only a true freshman.

Stat that matters: 28. Despite getting on track late, the Cowboys turned in a their lowest sack total (28) since 2013, which is interesting when we put raw sack totals into perspective because that 2013 defense is widely considered one of the best in school history.

As far as next year’s team goes, I would expect an increase in that number as a handful of young linemen continue to improve.

The future: It looks bright thanks in a big part to the emergence of Trace Ford, but the Cowboys also got contributions from several other freshman linemen.

After coming into 2019 with zero starts returning, the Cowboys will return every single linemen that registered a start. Outgoing senior Mike Scott played a significant role in the defense but never actually started a game. The point is that unit with so many questions coming into this fall, answered nearly all of them — and looks poised for a big 2020.