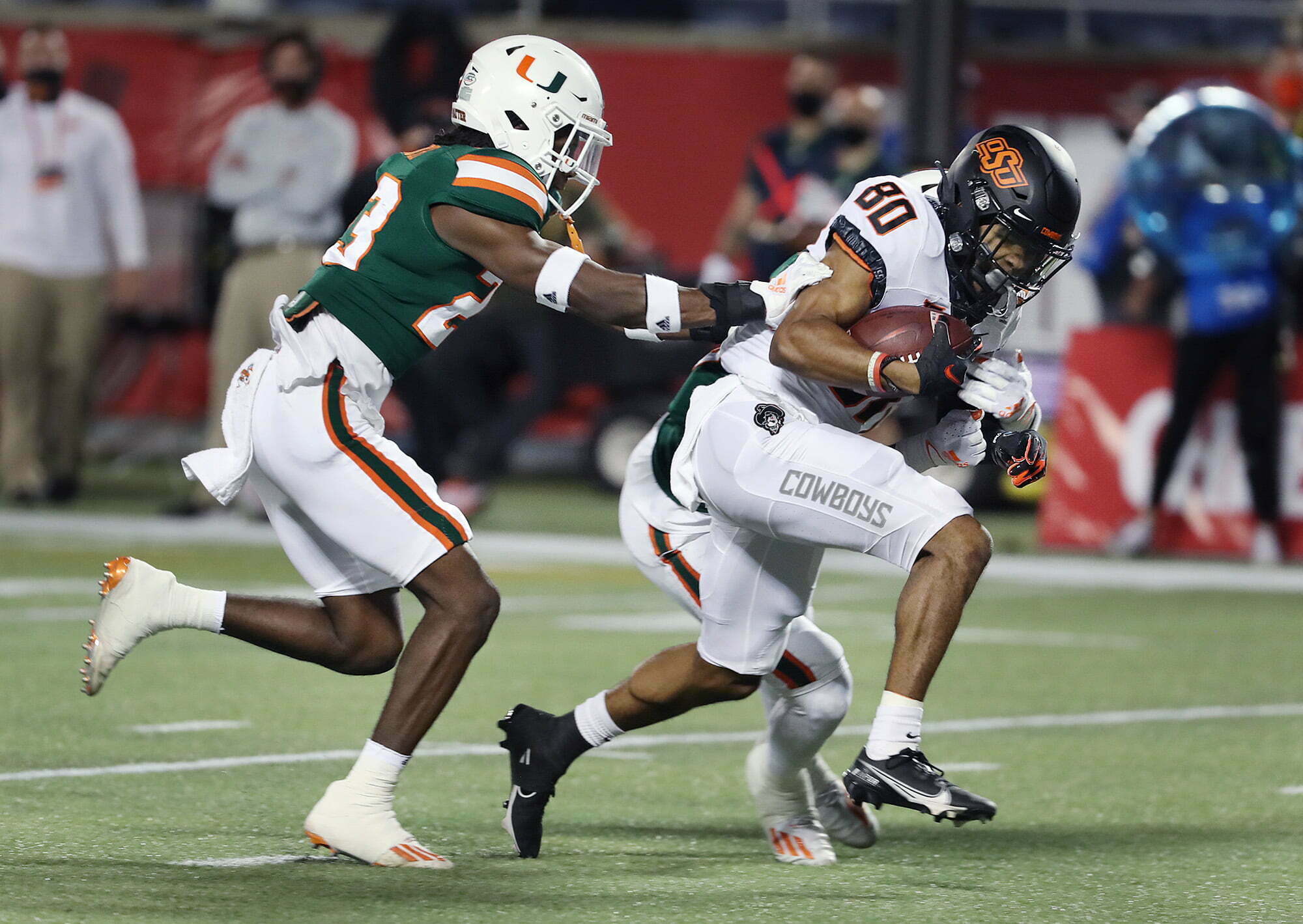 Oklahoma State’s coaching staff is tasked with replacing one of the premier talents in college football from the last three seasons. They’ve got plenty of options, but even more unknowns.

The Cowboys have loads of talent, but it’s mostly unproven.

Of the 18 wide receivers listed on OSU’s spring roster, only four of them caught a pass last season and just three of those saw any meaningful playing time.

With Tylan Wallace, Dillon Stoner and Landon Wolf all gone, there’s a lot of production to be replaced in the Cowboys’ passing game. Those three accounted for nearly 70 percent of the catches reeled in by OSU wide receivers in 2020.

It makes for the biggest question mark at the position — maybe ever — under Mike Gundy, but the Pokes do have options.

Former Washington State transfer Tay Martin may be the top candidate to succeed Tylan at the Z receiver position, with his size and experience, but it will likely take a wideout-by-committee approach to fill No. 2’s cleats.

Johnson saw a dip in production during his junior season after amassing nearly 500 yards and four scores as a sophomore, but he’s got the size and speed to make plays from multiple positions, though he’ll probably play mostly from the slot.

After that it’s a mix of up-and-comers who have bided their time (like Langston Anderson and Jonathan Sheperd) and some intriguing rookies like the Green twins, Jaden Bray and John Paul Richardson. Which one, two, three of that group can translate spring practice buzz to fall production remains to be seen. But there will be targets to go around.

Keep an Eye On: Brennan Presley

At the start of the spring, Kasey Dunn called Presley, “the guy just outworks everyone and busts his ass everyday.” He also happens to be electrifying when he gets the ball in his hands.

Presley had a coming-out party against Miami in the Cheez-It Bowl. After grabbing just one catch during the regular season, the true frosh hauled in six against the Hurricanes for 118 yards and three scores.

There’s no Cowboy that has fans in more of a frenzy than Presley. If the speedy sophomore can pick up where he left off in the bowl game, he just might live up to the hype. And he just might make my top storyline a moot question.