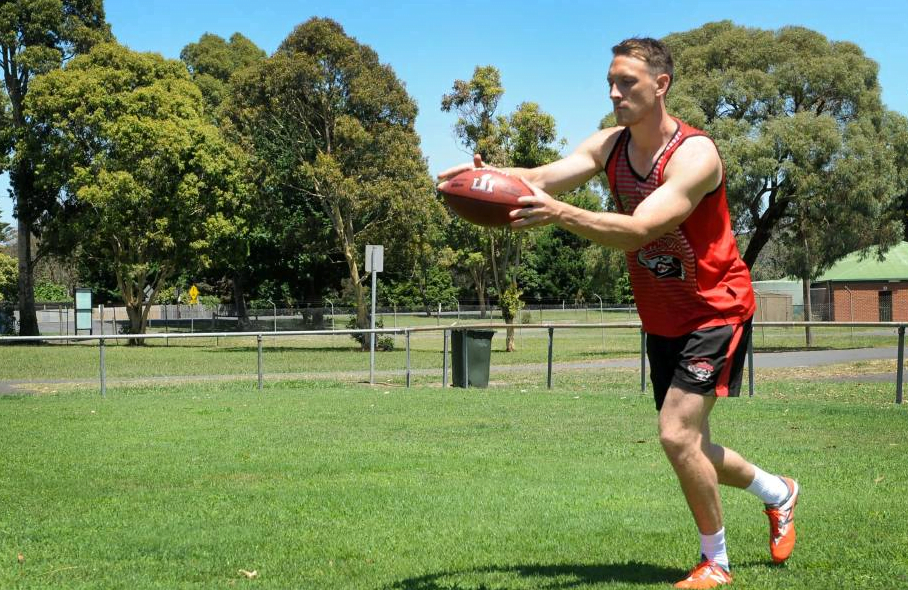 Oklahoma State has added 27-year-old Tom Hutton, a carpenter by trade, to its 2018 team as a punter.

He made the decision earlier this week in what he described as a whirlwind recruiting process, having only picked up a pigskin for the first time a month ago.

“I was told about [American football] a few years ago so I thought ‘I’ll probably be too old for it now’, thinking that it was like Aussie Rules and that if you were over 21 then you had no chance,” he told the Latrobe Valley Express. “But then I saw a few older blokes getting scholarships so I thought I may as well give it a go.”

Hutton made a visit to a ProKick Australia training session in Melbourne in December where he caught the eye of people on hand with his ability to boot it, and things quickly progressed from there.

He was able to kick it deep, keep the ball hanging in the air for as long as the coaches expected at the training session, and it was no time at all before Oklahoma State came calling.

“I woke up after night shift on two hours sleep and this person said ‘we know where you’re going, you’re going to Oklahoma State and we’ve got the coach on the phone’,” he said.

“I thought ‘Jesus Christ, can you give me half an hour? I need to have a shower and actually wake up and make sure this is not a dream’.”

Per a source, Hutton intends to be on campus in July 2018 and has four years of eligibility remaining.