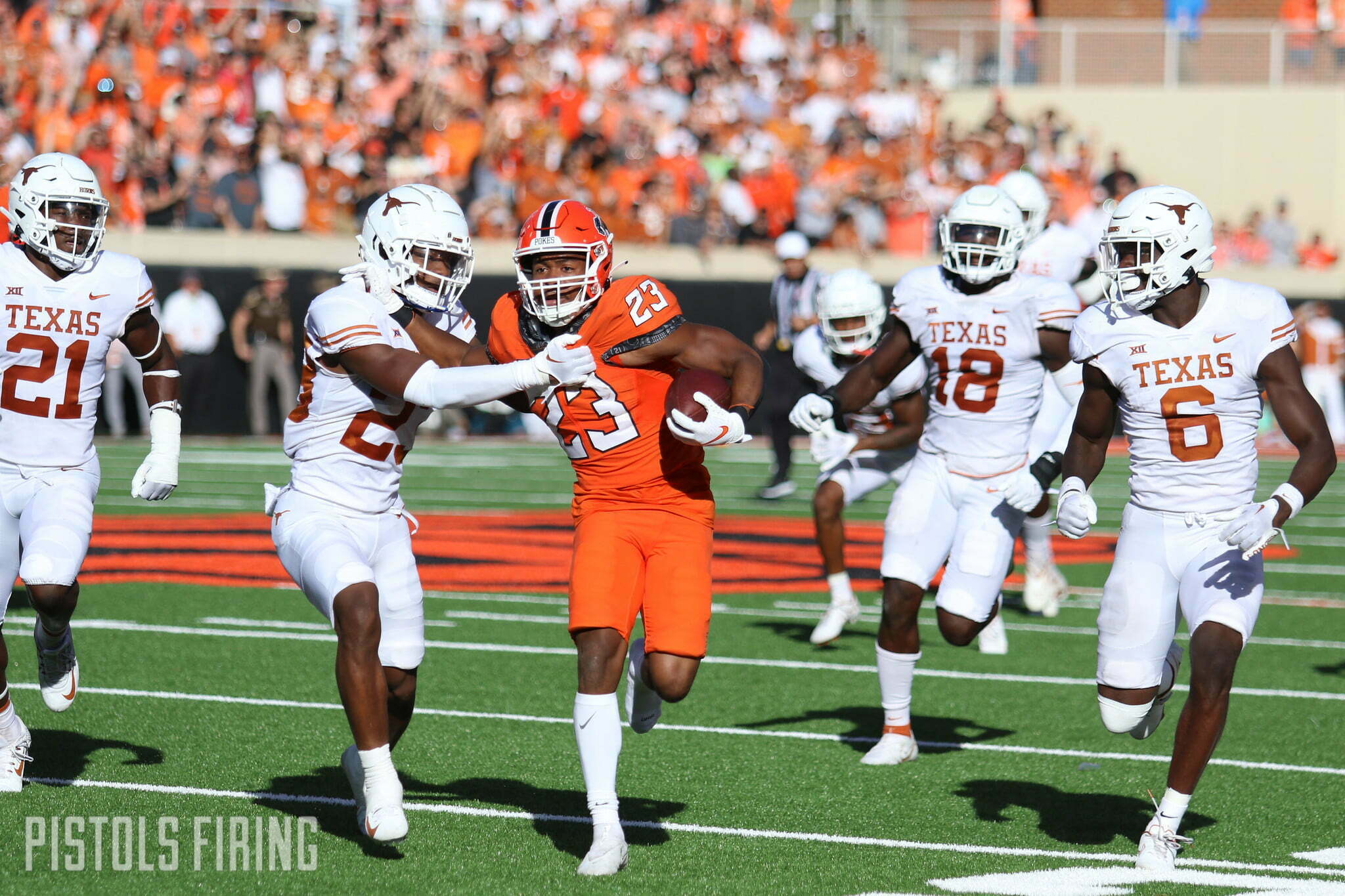 Oddsmakers in Sin City seem to have it out against Oklahoma State. For a third consecutive week, the Cowboys will enter gameday on Saturday as an underdog, with Caesars Sportsbook this week listing the No. 9 Pokes — 6-1 overall and tied for second in the Big 12 race — as a 1.5-point road dog to No. 22 Kansas State.

OSU was an underdog two weeks ago on the road to TCU by five points before building a double digit lead and giving it all away in a double-overtime affair. It was also a 6.5-point underdog this past Saturday for homecoming as Texas came to town, but OSU wound up winning 41-34.

Kansas State is tied with Oklahoma State at second in the Big 12 race entering this weekend, and that is not the only thing the two share in common. Both programs also are dealing with injuries to their respective quarterbacks. OSU’s Spencer Sanders seems to be recovering after missing practices two weeks ago, though it doesn’t seem he’s back to 100% just yet. K-State quarterback Adrian Martinez also has a question mark surrounding his status after leaving the Wildcats’ game Saturday vs. TCU early and not returning.

Mike Gundy said on Monday that OSU is preparing as if Martinez will be back in action on Saturday, though. Despite the team’s backup playing most of the game vs. TCU, Gundy consulted his crystal ball and seems to feel pretty solid about that.

“(Adrian) Martinez will play,” said Gundy. “I called up there today and they said he would play. The big joke around the office is I’ve done this for so long, I can generally predict injuries pretty well, our guys and the other teams. From what I saw, it looks like he’ll play. Looks like he had something, felt pretty good, went out and tried to play, it didn’t really feel right, took himself out. Six days rest, I’d say he’d be the starter. But to answer your question to be fair, we have to prepare for him.”

OSU is 2-0 against the spread as an away underdog on the season and 1-1 straight up as the road underdog. Since 2016, OSU is one game below .500 in games in which it is an underdog on the road with a 6-7 record.