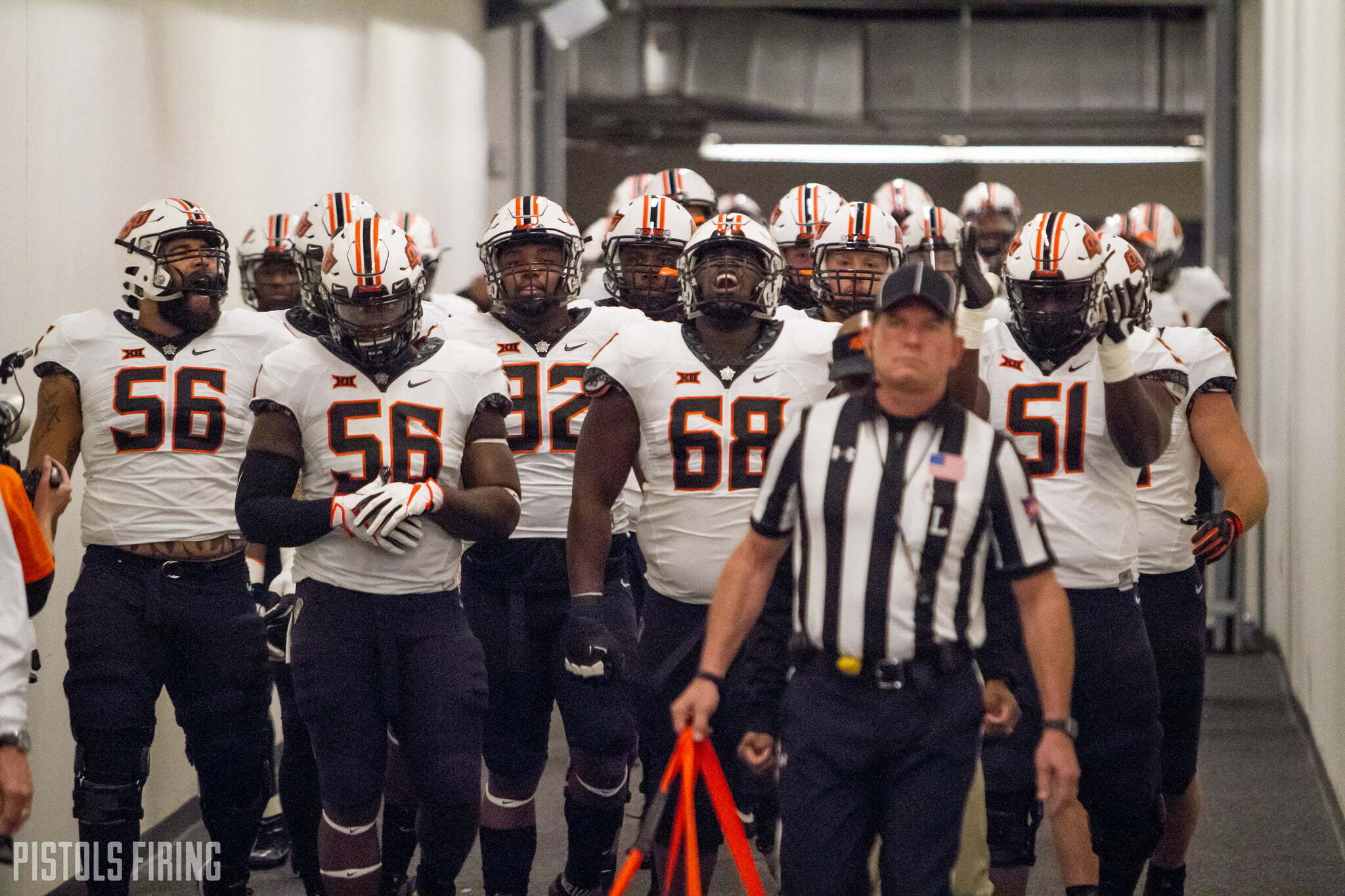 Oklahoma State players, coaches and athletic administration traveled from Stillwater to Memphis on Christmas day to begin preparations for the New Year’s Eve contest against Missouri in the Liberty Bowl.

Shortly after arrival and getting settled in, the team held its first on-site practice at Memphis University School.

“We’re excited to be here in the AutoZone Liberty Bowl,” said Mike Gundy, adding without a hint of sarcasm: “All of our players are here, so we’re going to have our meetings and then go over and have a brief practice this evening. We’ve had a great day. Merry Christmas to everybody, and we’re looking forward to being here for a week.”

We have arrived in Memphis and it is officially bowl week! #okstate #GoPokes
?: https://t.co/6BvcMY5if8 pic.twitter.com/gAKukEiALY

Oklahoma State has held 14 bowl practices to date — 15 including the on-site practice — and will hold three more before teeing it up against the Tigers on Dec. 31. It’s essentially a mini fall camp, which has given OSU a shot to prep young guys and look ahead to 2019.

It gets mentioned every year but every year I feel the bowl season is among the most underrated. Do players expend as much emotional energy to prep for the game as opposed to, say, fall camp, where they’re fighting for starting jobs and a spot on the depth chart? Probably not. But 18 extra practices for coaches and players it wouldn’t have had if not achieving bowl eligibility is not nothing.

“We’ve had 14 good practices at home and we anticipate having four really good practices here,” Gundy said. “We’ve been very successful in the way we handle our players and we want them to really experience and enjoy Memphis. There’s a time of the day for meetings and practice, and then we want them to enjoy themselves and be very careful and safe – respect everyone else and the environment – but there’s also preparation and in the end the most important thing is to play the very best that we can in the game.”

Oklahoma State faces No. 23 Missouri in the Liberty Bowl on Dec. 31 at 2:45, so it’s possible — if not likely — the players will have at least one off day before the game kicks to enjoy Memphis and all the city has to offer.