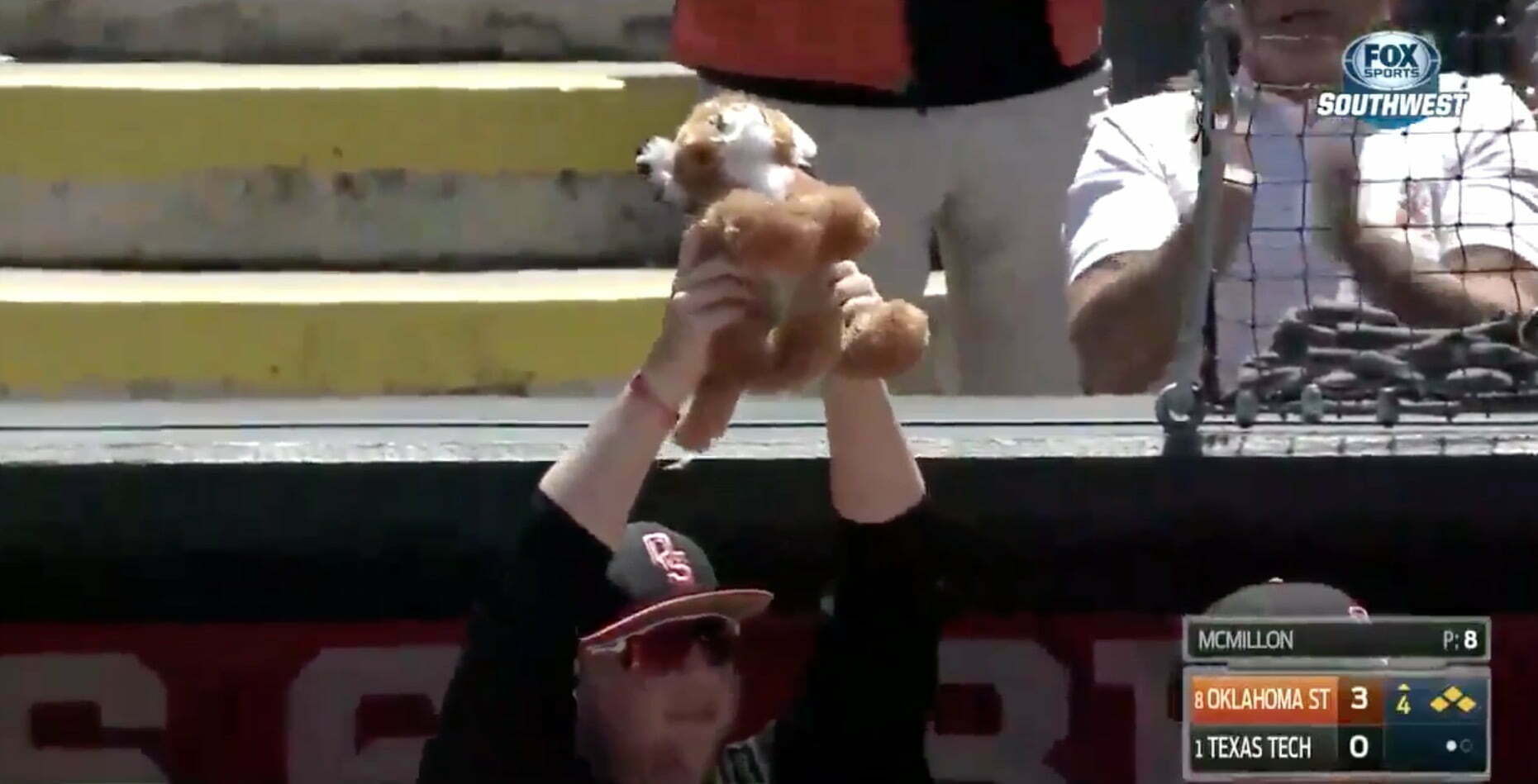 Oklahoma State got off to a cinderella start in Bricktown on Thursday as it bested No. 3 (and No. 1 seed in the Big 12 Tournament) Texas Tech 3-0 in the second of four Big 12 games on tap for the day.

OSU got a combined shutout from Blake Battenfield (6 IP), Carson Teel (2 IP) and Trey Cobb (1 IP) and surrendered just five hits on the day. It was just the second time this season the Red Raiders have been shut out.

OSU has an in-dugout mascot called Mufasa, per Colin Simpson.

“It was a great game for our kids,” said OSU head coach Josh Holliday. “We had a wonderfully-pitched game by Blake and our bullpen with Teel and Trey Cobb were excellent. We did enough on offense to get a bit of a lead there. It proved to be enough. Well played game by our kids. I’m proud of them and looking forward to getting back out here tomorrow.”

The offensive side wasn’t pretty — sacrifice flies were responsible for two of the three runs — but it was enough to get the job done.

“We were gritty,” said OSU coach Josh Holliday. “We played a well-rounded game and were fundamentally sound. If you pitch as well as we did and play really good defense then you can win with a fundamentally sound offensive plan.”

Hit it where they ain’t! @jlittell13 with an RBI single to give #okstate the 3-0 lead in T4! #Big12BSB pic.twitter.com/INOmmQaCPD

OSU could just as easily be at home this week. They had to take two straight from OU last weekend in the same ballpark just to nab the No. 8 seed at the 11th hour. But now? They’re playing with house money. Holliday said his team also enjoyed being back on the same field in Bricktown.

“I think the fact that it was this setting a week ago we spent so much time in … getting comfortable here, getting on the field and playing here and having some success here … a lot of those things create a good memory in your brain and the imagery of what you’re doing here is important,” said Holliday.

OSU now has a light at the end of the tunnel to get into the NCAA Regionals by winning the Big 12 Tournament. The Pokes face West Virginia on Thursday after the Mountaineers trounced Baylor 11-1 on Wednesday. Texas Tech faces elimination against the Bears.