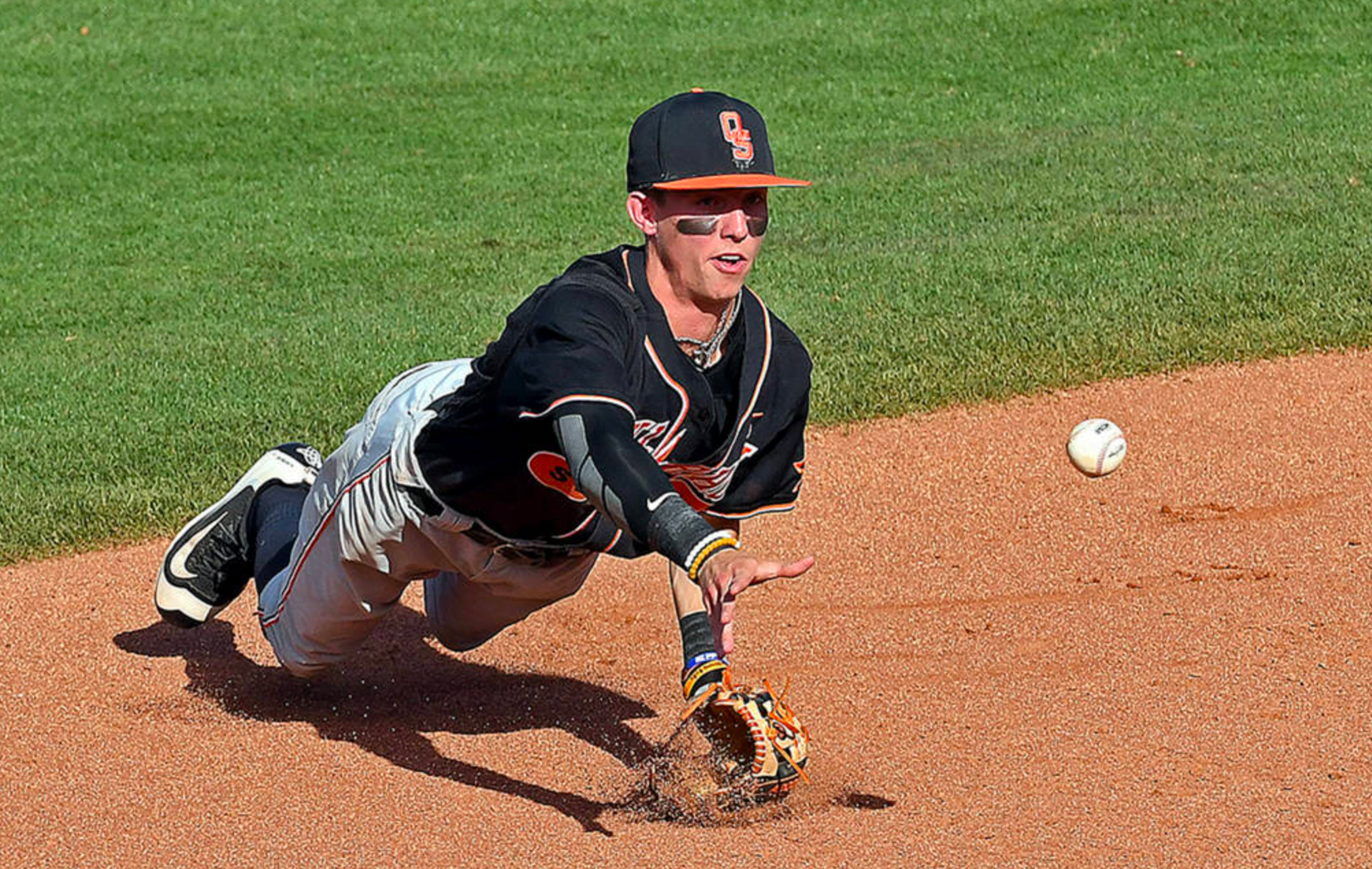 Don’t look now, but Oklahoma State baseball is rolling like a handful of conditioner down Mike Gundy’s mane. After beating No. 1 seed Texas Tech 3-0 in the first round of the Big 12 Tournament, the Pokes took down No. 4 seed West Virginia 8-4 on Thursday behind 2 HR and 5 RBI from catcher Colin Simpson. He singlehandedly produced more total runs that WVU’s entire team.

“Colin (Simpson), what a day he had,” said OSU head coach Josh Holliday. “He was catching, whacking balls out of the yard, hitting doubles and knocking in runs. He came up clutch for us. We needed another push there after they started closing in on us, and that three-run home run that he hit was exactly the push we needed. Colin shined, our kids played well and I loved seeing that from them.”

“Even though you are having a good day, you still have to buckle down and take it one pitch at a time,” explained Simpson. “I knew how they planned on pitching against me, and I was definitely locked in at the plate.”

OSU scored two in the first and never trailed even though WVU scored in innings 4-6 consecutively.

“When we left Stillwater earlier this year, we gave their catcher the nickname of Homer Simpson,” added WVU coach Randy Mazey. “He lived up to the billing today again. He’s like I said yesterday. Some people play really good on a certain field like we do. He just feels so comfortable at the plate against us. That guy’s killed us.”

He tells @itsthebaldgirl what clicked for him in the win. pic.twitter.com/yk5Lq9X0Lz

Tyler Buffett got the win after going 5 and 1/3 innings and scattering (this is the definition of scattering) 12 hits and just four runs. The rest of OSU’s pitching contingent — Cole Hearrean, Jake Cowan and Carson Teel — only allowed one hit on 37 pitches over the final 3 and 2/3.

“Tyler (Buffett) did a great job tonight,” said Holliday. “He gave us six strong innings. I thought it was a very lively ballpark tonight with the wind and how fast the field was playing. West Virginia is a good offensively oriented team. They hit well and they are tough to strikeout. I thought Tyler was throwing the ball great tonight. Even though he gave up 12 hits, I thought he was very sharp. That was as good of an outing as he has had in a long time.

The Cowboys are now on a four-game win streak, just their second such streak of the season, and a heck of a time to string it together.

“We knew coming in that these guys were going to be tough on us,” said Mazey. “They’d won three in a row playing in front of their home crowd. They’re playing with a lot of confidence, as are we. I just thought that was a really good game. I looked up in the fifth inning and they’re beating us 8-2, but we’re out-hitting them at the time 12-10, I think. That was the difference, the free bases. Some of their hits went and landed on the wrong side of the fence and none of ours did.”

With the win OSU advances to the semifinals at 9 a.m. on Saturday where they’ll face the winner of Texas Tech and West Virginia (OSU is a combined 5-3 against those teams this year). If Tech or WVU wins that game, the teams will play again at 4 p.m. to advance to the Big 12 Championship on Sunday. If OSU wins either of those games, they’re in the title game and, improbably, one step closer to the NCAA Regionals.

As Hayden Barber outlined earlier today, the series of events that led to OSU even being in the tournament this week was improbable at best. And yet here they are, two wins from a Big 12 winner (it would be just their second postseason Big 12 title — 2004) and two wins from extending their season yet another week.