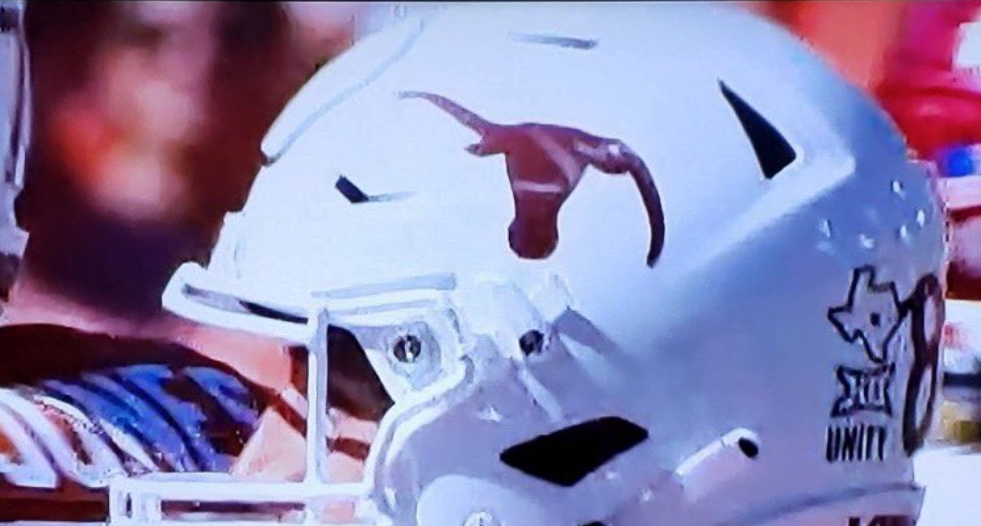 Oklahoma State’s comeback win over Texas on Saturday broke more than the hearts of the Longhorn faithful. It figuratively (and literally) broke at least one Longhorn’s horns, too.

Talk about a uniform malfunction! No word on whether Texas was issued an unsportsmanlike penalty for the Horns Down gesture.

After going up 24-13 early in the third quarter, Texas got outscored 19-zip by the Cowboys the remainder of the game. This came one week after the Longhorns coughed up a 21-point lead to Oklahoma. Texas goes into its bye week at 4-3 on the season and 2-2 in the Big 12.