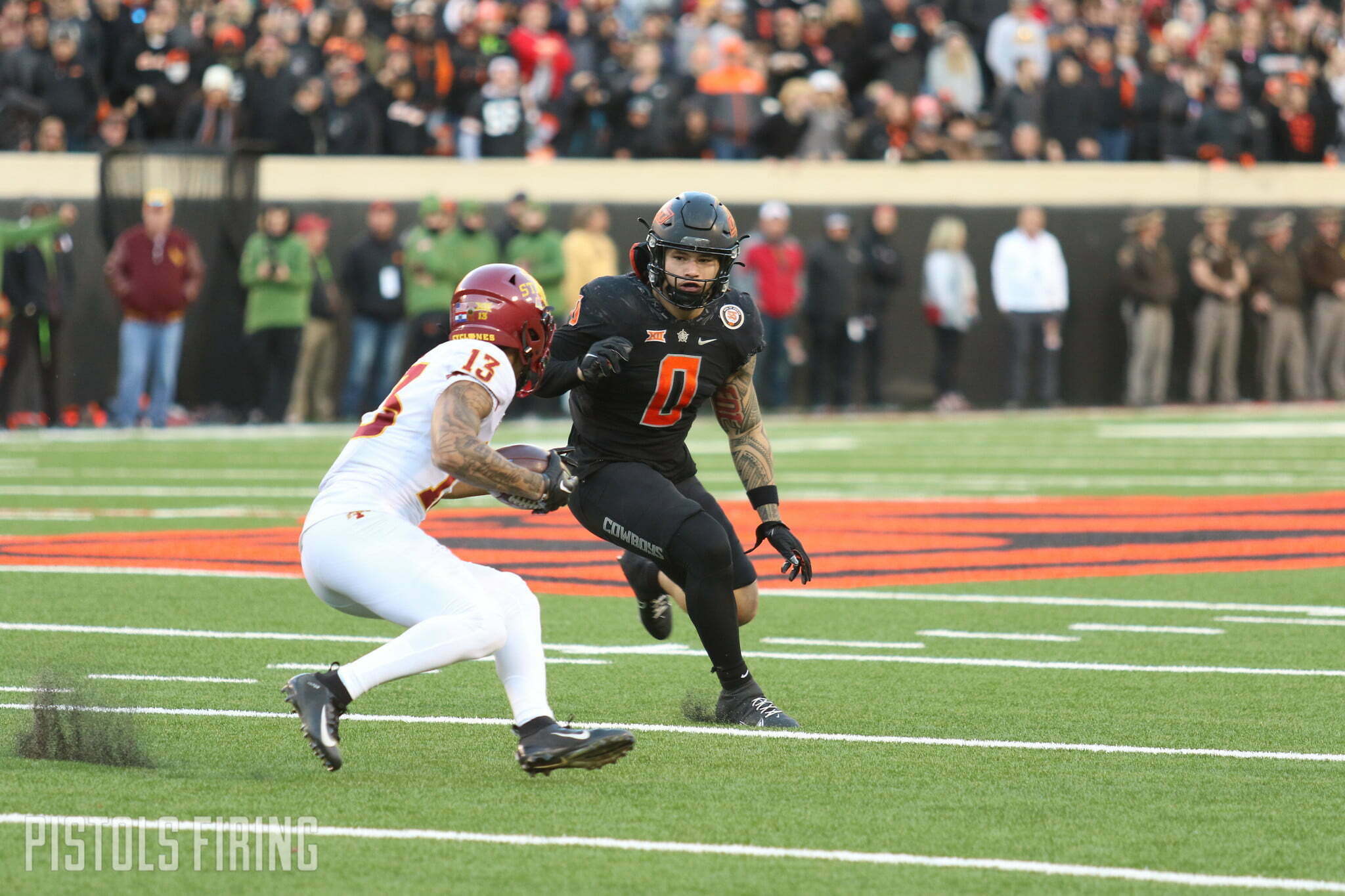 Oklahoma State snuck back into the Top 25 thanks to its comeback win over Iowa State.

The Cowboys landed at No. 24 in the latest AP poll after spending last week outside of the Top 25. OSU also returned to this week’s Coaches Poll at 24th.

The Cowboys dropped from No. 9 to 18 after losing to Kansas State and were the fifth team out of the ranking after their defeat at Kansas.

But the Cowboys will head to Norman with a number next to their name, which is even more significant as the longtime rival series winds down. The Sooners did not receive a vote.

TCU remained at No.4 after outlasting Texas on the road. The Longhorns, in turn, dropped from 18th all the way out of the Top 25. With 65 votes, UT is the second team out. Kansas State climbed one spot to take Texas’ spot at 18 after taking care of Baylor.

Future Big 12 school UCF dropped from 22nd out of the ranking after taking a loss to Tulane. Cincinnati remained at No. 22 after defeating East Carolina.

Here’s a look at the full AP ranking.