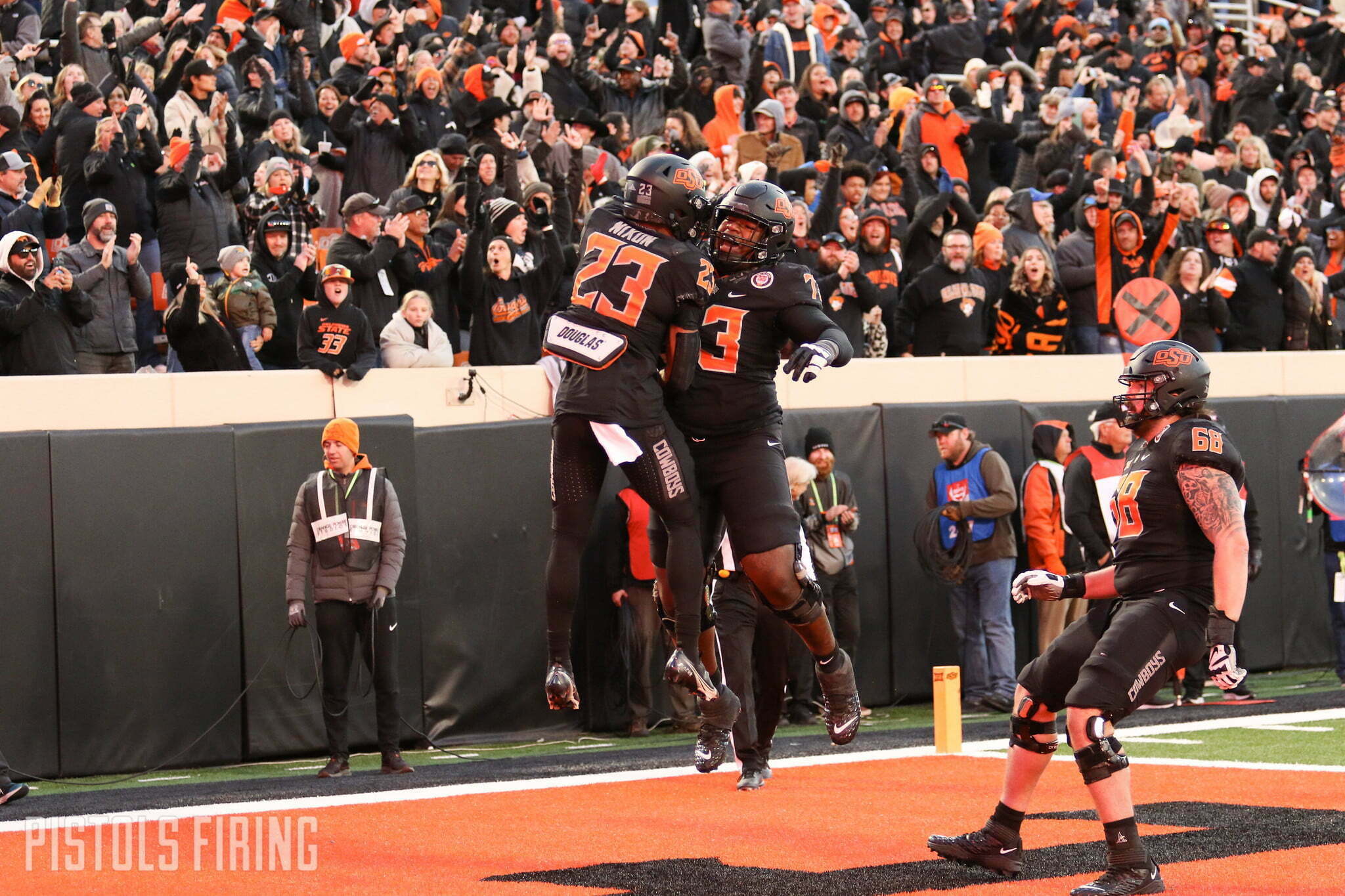 One gritty win at home against Iowa State was enough for coaches this week, apparently, to overlook two ugly losses to Kansas State and Kansas in previous weeks. In the latest Coaches Poll released Sunday less than 24 hours after OSU’s 20-14 win over Iowa State, the Cowboys, who were unranked last week, jumped back into the mix at No. 24.

OSU this season has been as high as No. 7 in the Coaches Poll and as low as unranked — last week — in the poll. Its placement at No. 24 is a four-spot jump up the rankings after it was unranked but received votes last week that would have put them at No. 28 had the poll gone out that far.