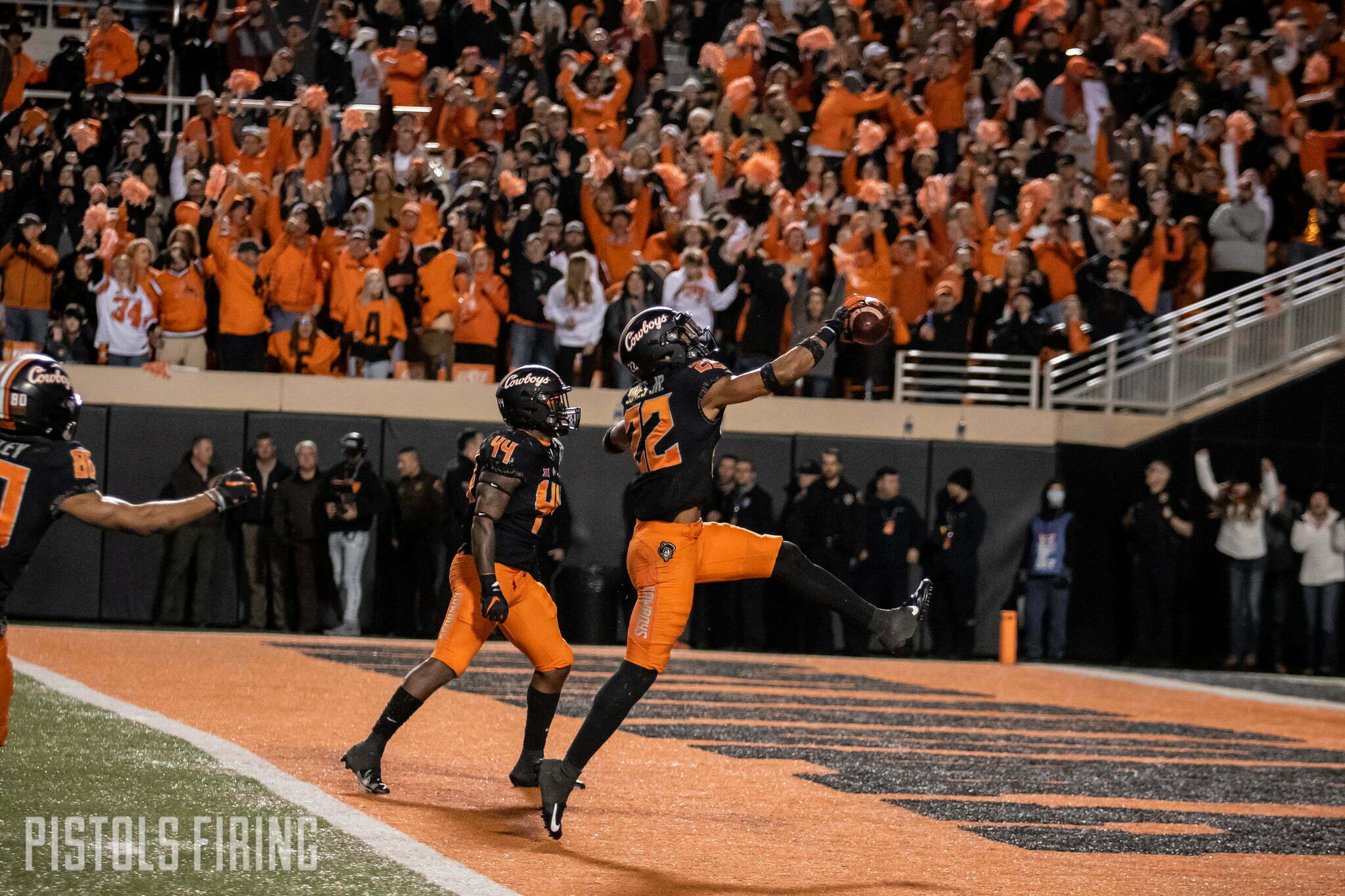 Oklahoma State may be losing another member of its secondary.

Redshirt junior cornerback Demarco Jones is the latest Cowboy to announce he’ll be trying out the transfer portal.

Jones came to OSU as a three-star prospect out of Booker T. Washington High School in Tulsa as part of the 2019 class. He also had an offer from Notre Dame.

After a redshirt season in 2019, Jones saw action in eight games in 2020 and has been a staple on the Cowboys’ special teams unit ever since. His heads-up play on an onside kick during the Texas Tech play may have been the highlight of his season. After totaling 11 tackles in 13 games last season, Jones recorded seven tackles and a pass breakup in eight games in 2022.

The loss of Jones would be felt both on special teams and his ability to vie for reps in the Cowboys’ secondary next season. OSU safeties Thomas Harper and Kanion Williams have also joined the portal.