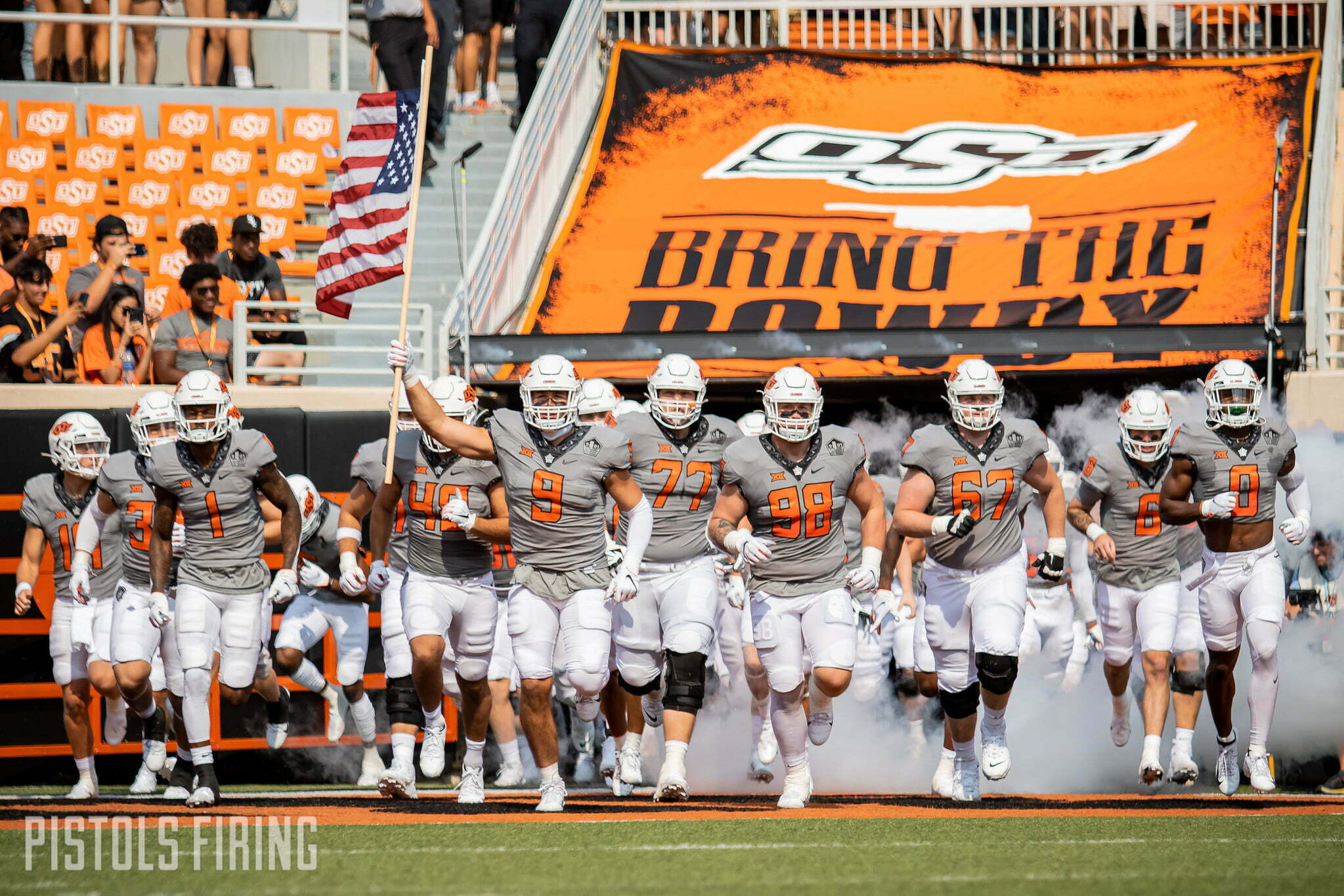 Recruiting doesn’t stop regardless of sunshine, rain, sleet or ice. That’s a slogan few outside of Oklahoma would follow, but Mike Gundy gets it.

During a week with all three weather variations, Oklahoma State extended a handful of high-end offers to try to retool its stout defense under new defensive coordinator Derek Mason.

On Friday, the Cowboys extended an offer to the Cypress Ranch (Texas) defensive end who already boasted 25 offers including Texas, Baylor, Arkansas and Michigan State. He’s a 6-foot-4, 240-pound edge, but Cy Ranch moved him around the line because of his ability to shed blockers. He logged double-digit tackles for loss each of the last two seasons, combining for seven sacks in his sophomore and junior campaigns. Porter is the No. 30 defensive lineman in 2023 class according to 247’s Compositing ranking and the No. 37 overall prospect out of Texas.

Oklahoma State offered another four-star defender in Denton Ryan (Texas) cornerback Chance Rucker. The 6-foot-1, 180-pound multi-sport star now holds 19 offers including Florida State, Miami, Texas, Texas A&M and Baylor. Rucker can cover a lot of ground and close windows for QBs. He competed in the 200 meter and high jump. But most importantly, he can cover dynamic receivers. Rucker was named Texas District 5-5A-I Defensive Newcomer of the Year last year as junior. He’s the No. 24 cornerback in the cycler and No. 41 overall Texas prospect according to 247 Composite ranking.

The Cowboys continue to try to build their pipeline of Polynesian talent from Utah, and this time they’re going right to the Utes. This week, OSU offered Helu, a 6-foot, 200-pound athlete who the Cowboys are recruiting as a linebacker, who also starred for Tooele High School toting the rock for over 1,000 yards and 13 touchdowns as a running back. He committed to the University of Utah last summer and also holds offers from BYU and Baylor. He’s the No 57 athlete in 2023 according to the Composite ranking and the eighth-ranking player out of the Beehive State.