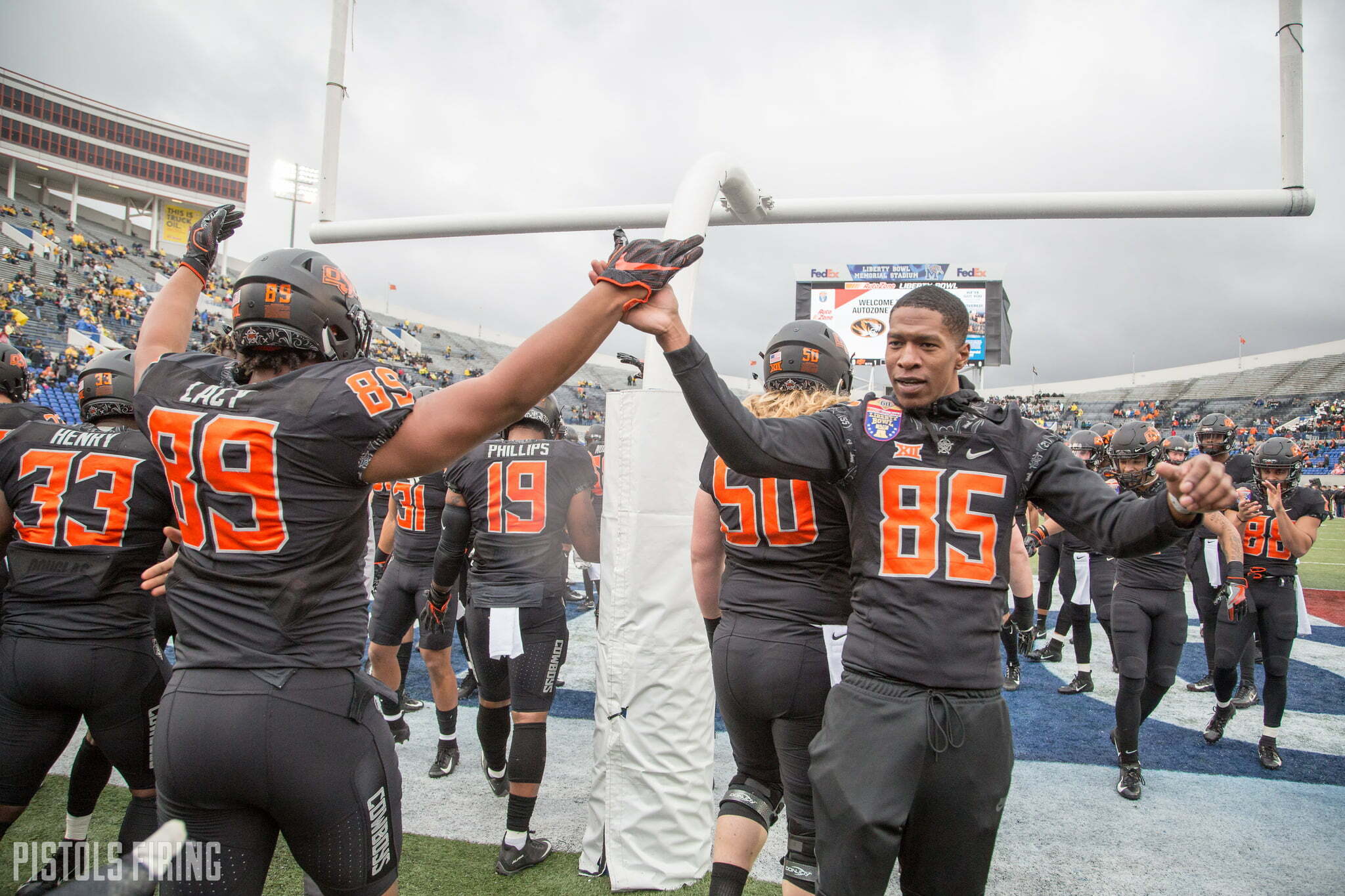 It was already historically unprecedented, and then it got weirder. Oklahoma State played five teams that were ranked at the time of their matchups, and they beat four of them (and almost beat a fifth).

They beat top 20 teams at home and a top 25 team at a neutral site. They beat a top QB in the 2019 NFL Draft. They beat teams that were favored over them. They beat a Texas team that lit up Georgia in the Sugar Bowl, which led to this insufferable quote.

Excluding the first two games against terrible teams, OSU was on average a 1-point underdog in five wins and a 1-point favorite in six losses (according to Odds Shark). That’s astonishing.

It’s even hard to look at on a computer screen! It’s easy to say now that those lines were a little wonky early in the year, but which ones would be different now? The Iowa State one? Is that all? Is OSU not better than K-State, Baylor and Texas Tech?

How you remember this season will largely depend on whether you’re a glass half empty or half full person because it’s pretty easy to do both.

If you watched the year from beginning to end — from Missouri State to Missouri without the State — you know all of this to be true. Mike Gundy’s 2018 squad was a strange amalgamation of frustration and hope, infuriation and pride.

They passed all of the above eye tests, and now we have the numbers to prove that this was true. Your eyes weren’t deceiving you. They really were that extreme. But no matter how you view the season as a whole — and I don’t really think there’s a right or wrong way — what we can all agree on is that ending with a final win to keep the 13-year winning season streak alive and provide a sliver of hope for the start of 2019 is far better than the alternative.