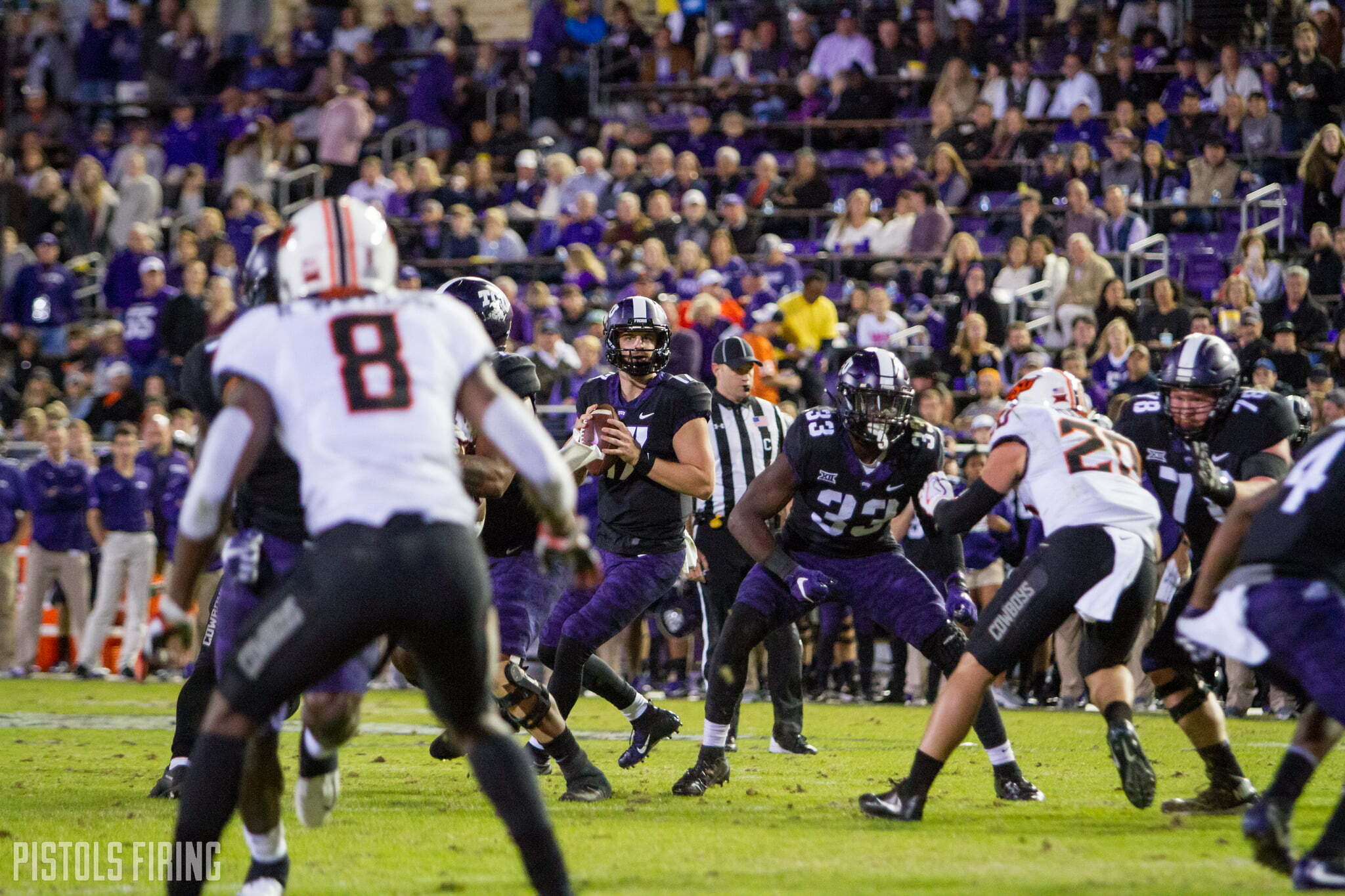 Oklahoma State made some history on Saturday evening in Ft. Worth with their fifth (!) loss to an unranked team on the season, but it’s probably not the kind of history Mike Gundy and Co. wanted to make.

I hit up Doug D. of CFB Reference for an assist on these numbers to try and contextualize whatever it was we just watched over the last 13 weeks. I’m not sure if his email helped me or just made me more mad.

The only other team besides OSU with three (wins over top 20 teams) and five (losses against unranked teams) is the 1954 LSU Tigers.

OSU’s sister school this year is Purdue, which has three wins against ranked teams and SIX losses against unranked teams, although not all of Purdue’s Ws were over top 20 teams. Just top 25.

So to summarize, three teams in CFB history with three wins against ranked teams and five or more losses against unranked teams: 2018 OSU, 2018 Purdue, and 1954 LSU.

That’s kind of unbelievable, right? I mean, it’s actually believable considering how much of a loss we’re all at right now, but if you would have told me in August that OSU would beat Texas and West Virginia and dance with OU for 59 minutes, I would have had NY6 destinations dancing in my head.

Instead? OSU finishes in ninth place in the Big 12, ahead of only Kansas (which is the only other B12 team they beat besides WVU and Texas). True, the Pokes tied for the seventh-best record, but they lost to the other two teams that did so (Baylor and Texas Tech).

The bad part for Gundy is that it’s his job to have an answer. Literally the wheelhouse of what he’s responsible for. And now all they have to show for those three top-20 wins is a (probably) empty spot in the backfield and a brand new QB to break in for 2019.