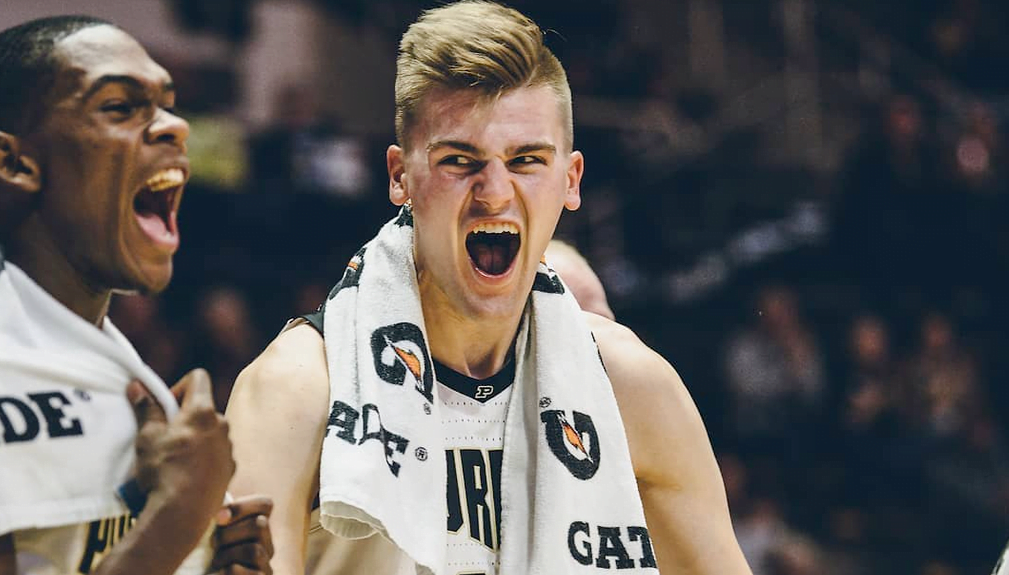 Oklahoma State is among the more than two dozen Division-I programs to have gauged the interest of Matt Haarms, the Purdue big man who on Monday stunned the college basketball world by announcing he intends to transfer.

Haarms is a 7-foot-3 big who averaged 8.6 points, 2.0 blocks and 4.6 rebounds per game last season playing just 20.5 minutes per game. Just a junior, Haarms is on track to be a graduate transfer, making him eligible next season and upping his appeal.

OSU joins Gonzaga, OU, Louisville, Kentucky, Virginia Tech, Seton Hall, Arizona and others among the schools who have already reached out, per ESPN.

Purdue transfer Matt Haarms gave ESPN a list of more than 25 schools to reach out. pic.twitter.com/FbCXnJz8eH

Haarms has served as a rotation big for the three seasons he’s played at Purdue, but his production as a shot-swatter and efficient scorer has been significant. Here are his per-40 numbers in each of his first three college seasons:

Haarms played second fiddle at center to Trevion Williams this season, which could have played a role in his decision. Williams is a rising junior who, in spurts, was a top-5 player in the Big Ten. Should he return, he’ll be Purdue’s best player going in to next season.

OSU already has plenty of depth at center, but it’d sure be hard to turn away Haarms and his production and size. Yor Anei and Kalib Boone are likely 1-2 on the depth chart at center next season, but Haarms could allow Kalib to play the 4, giving OSU roster flexibility.

It’s perhaps a long shot for OSU to overcome the likes of Kentucky, Louisville and other perennial powers to land him, but it’s certainly an avenue worth exploring with the way next year’s roster is shaping up. OSU wants to push all its chips to the table in 2020, and Haarms could be a stellar final addition to push it into serious contention for a conference crown.