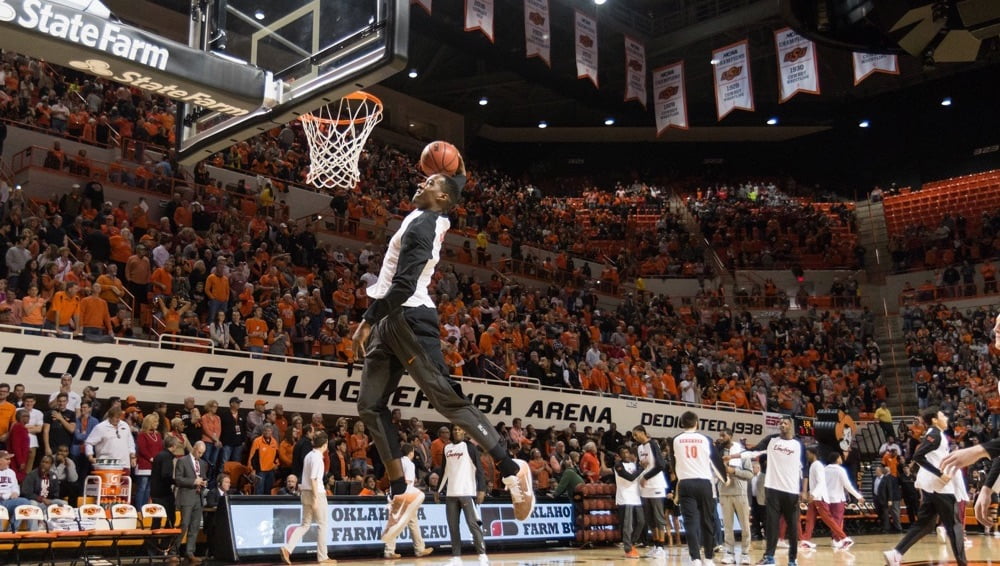 In his most recent update, ESPN’s bracketology expert Joe Lunardi listed the Oklahoma State Cowboys as a No. 8 seed in the coming NCAA Tournament.

The Cowboys find themselves on a five-game win streak, and they’re one of the hottest teams in college basketball. They were recently projected as a N0. 10 seed on Feb. 2, but their 82-75 win over No. 7 West Virginia in Morgantown bumped them up a couple of spots.

Lunardi’s projection has the Cowboys taking on the No. 9 seed Dayton in Buffalo with the winner taking on Villanova. His projection just days earlier had OSU against No. 7 seed Xavier in Indianapolis. Other projections have the Cowboys in the same range. Jerry Palm’s prediction at CBS Sports has OSU as a No. 9 seed taking on Virginia Tech with the winner also getting No. 1 seed Villanova in the East region. Additionally, OSU actually received a vote in this week’s AP Poll. The Pokes checked in at No. 35, tied with Kansas State and Vermont and received exactly one vote. The Cowboys will have an opportunity to solidify their tournament hopes when they host No. 6 Baylor this Wednesday at 6 p.m.