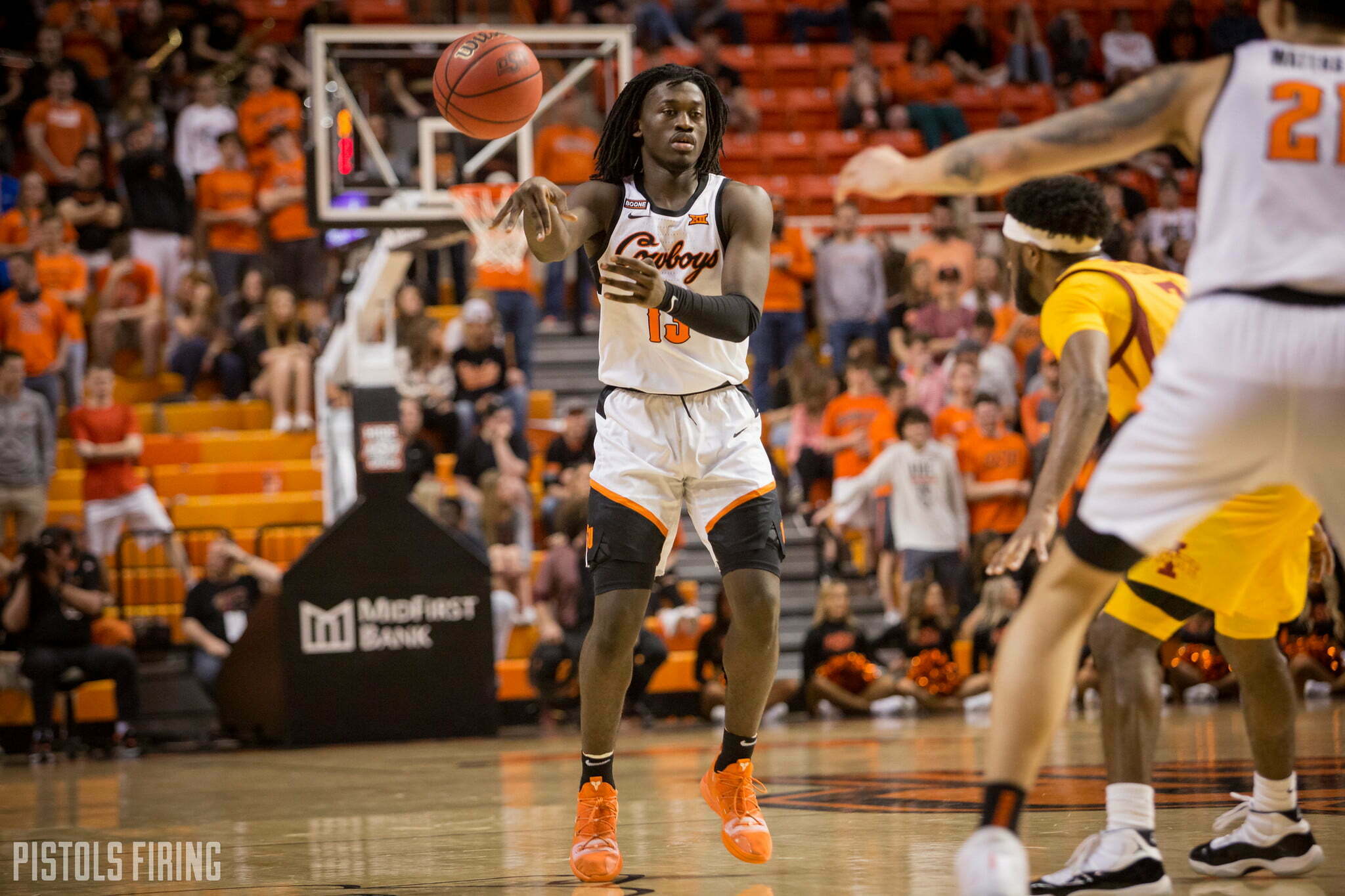 The Cowboys, it seems, are headed back to Brooklyn.

According to a report by CBS Sports’ Jon Rothstein, Oklahoma State, UCLA, Virginia and Northwestern will take part in next year’s Legends Classic, held at the Barclays Center in Brooklyn, New York as part of the 2021-22 season.

This is not just another chance for Mike Boynton to show his team to his old stomping grounds — Brooklyn is Boynton’s hometown — it’s a big-time showcase against name brand competition in an NBA arena.

Oklahoma State has not played UCLA since 1998 and hasn’t beaten the Bruins since 1960, holding a 2-4 record to the legendary program. OSU is 1-0 against Virginia, but the teams’ only meeting was back in 1975. OSU has never faced Northwestern.

This news means that OSU will have played in Barclays in three of the Boytnon’s first five seasons at the helm. The Cowboys are 3-1 all-time in the arena.

The Cowboys went 3-1 in the event in 2017-18, during Boynton’s first season as head coach, besting Pepperdine and Oral Roberts in Stillwater before heading to Brooklyn. OSU lost its Barclays debut to eventual tournament champ No. 16 Texas A&M 72-55 before defeating Pittsburgh 73-67.

Oklahoma State was back in Barclays last season as part of its 7-0 start. The Cowboys took the NIT Season Tip-Off crown after defeating Syracuse 86-72 and shellacking Ole Miss 78-37.

Rothstein’s tweet came just a day after OSU announced a home-and-home with Oral Roberts for the upcoming 2020-21 season. The Cowboys are also reported to be facing Marquette in the Big 12/Big East challenge in 2020.

The Legends Classic is an annual event that started in 2007 and has been hosted by Barclays since 2012.