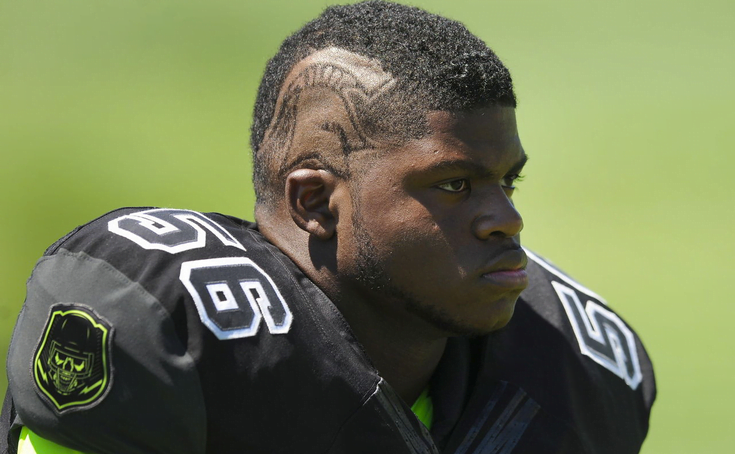 A big sports weekend on tap this weekend in Stillwater is overshadowing a mildly large recruiting weekend for Mike Gundy and Co. The football program will host junior day on Saturday (which we’ll have more coverage on Sunday), but three official visitors will be on campus today to check out the OSU basketball game, check out the football facilities and get their final officials out of the way before signing day on Wednesday.

Here’s the three official visitors on tap for the weekend. All are current commits to OSU.

Enoch Smith, Jr., a former Michigan State defensive tackle, was once a heralded recruit who opted to transfer and could be an immediate impact player along the defensive line.

He is currently at Butler County Community College and will be eligible for the next two years. He picked OSU over Kentucky and Michigan State. Here’s some film on him from 2013 when he was invited to participate in the prominent “The Opening” camp hosted by Nike that features the top prospects across the country.

Mike Gundy made a visit to see Finefeuiaki earlier this week to make sure he’s still solid. The College of San Mateo recruit, who is built in the mold of a fullback, will play at the versatile cowboy back position in Stillwater. Although he does have experience as a pass-catcher, he will be one beast of a blocking tight end that OSU will likely put to use immediately.

After picking up an offer from Baylor late in the process, Henderson made an official visit to Waco this past weekend. But his final is to Stillwater, where is currently committed to OSU.

Hanging on to him will be critical to a strong finish to this class. With Blake Jarwin now off to the professional ranks, OSU needs a pass-catching tight end. At 6-foot-4, 225-pounds, he fits the bill to slide in and make an impact in that area.