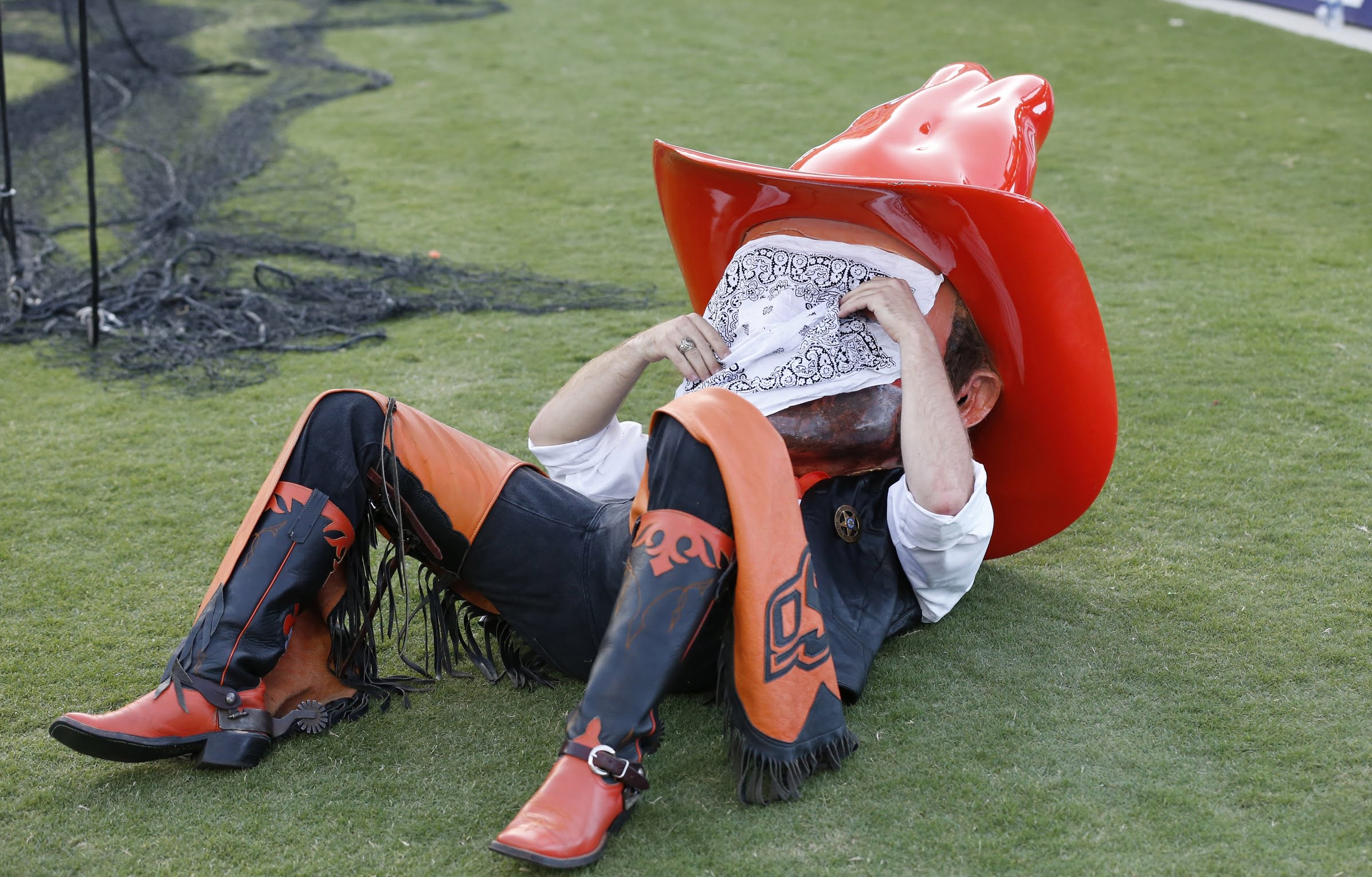 First there was the Joe Wickline lawsuit and now it has come out that OSU is also suing New Mexico State over their use of the Pistol Pete mascot.

According to the AP OSU filed its suit earlier this week.

“Oklahoma State, which filed suit Monday in U.S. District Court in Oklahoma, wants NMSU to stop using the mascot, sometimes referred to in Las Cruces as ‘Classic Aggie.’ Oklahoma State said it trademarked the mascot first and has used the image since 1930.”

I’m sure Texas Tech will have something to say about how they were first as well. My question: Why is OSU suing now after 50 years of New Mexico State using this logo?

According to this news story there has been a sort of agreement in place for a half century.

“NMSU said it initially paid royalties to OSU when it claimed Pistol Pete as its mascot about 50 years ago. OSU said it has had the mascot since the 1920s.”

So did they stop? “Initially” would imply that they did at some point, I think.

“In the lawsuit, Oklahoma claims NMSU’s mascot image is ‘likely to cause confusion’ and that it asked NMSU to ‘cease and desist from its infringement, but it has failed and refused to do so.'”

New Mexico State also released a statement on the matter.

“We have just learned that OSU has filed a lawsuit claiming it has exclusive rights to the character some call Pistol Pete and which we here at NMSU call Classic Aggie.

“The basic character has served as mascots for both schools — OSU and NMSU — for many decades. We were surprised that OSU took this step, but are in communication with its legal and academic representatives and are confident that good sense will prevail and that this court action will lead to an agreement that will allow both schools to carry on their respective uses of characters that are part of their academic and athletic traditions.”

In other words, we’re going to start paying royalties again.

I’m not sure why they need both.

While we have the lawsuit lawyers on retainer, by the way, can we do something about the Oregon State logo? Get it back or just burn the thing to the ground altogether.