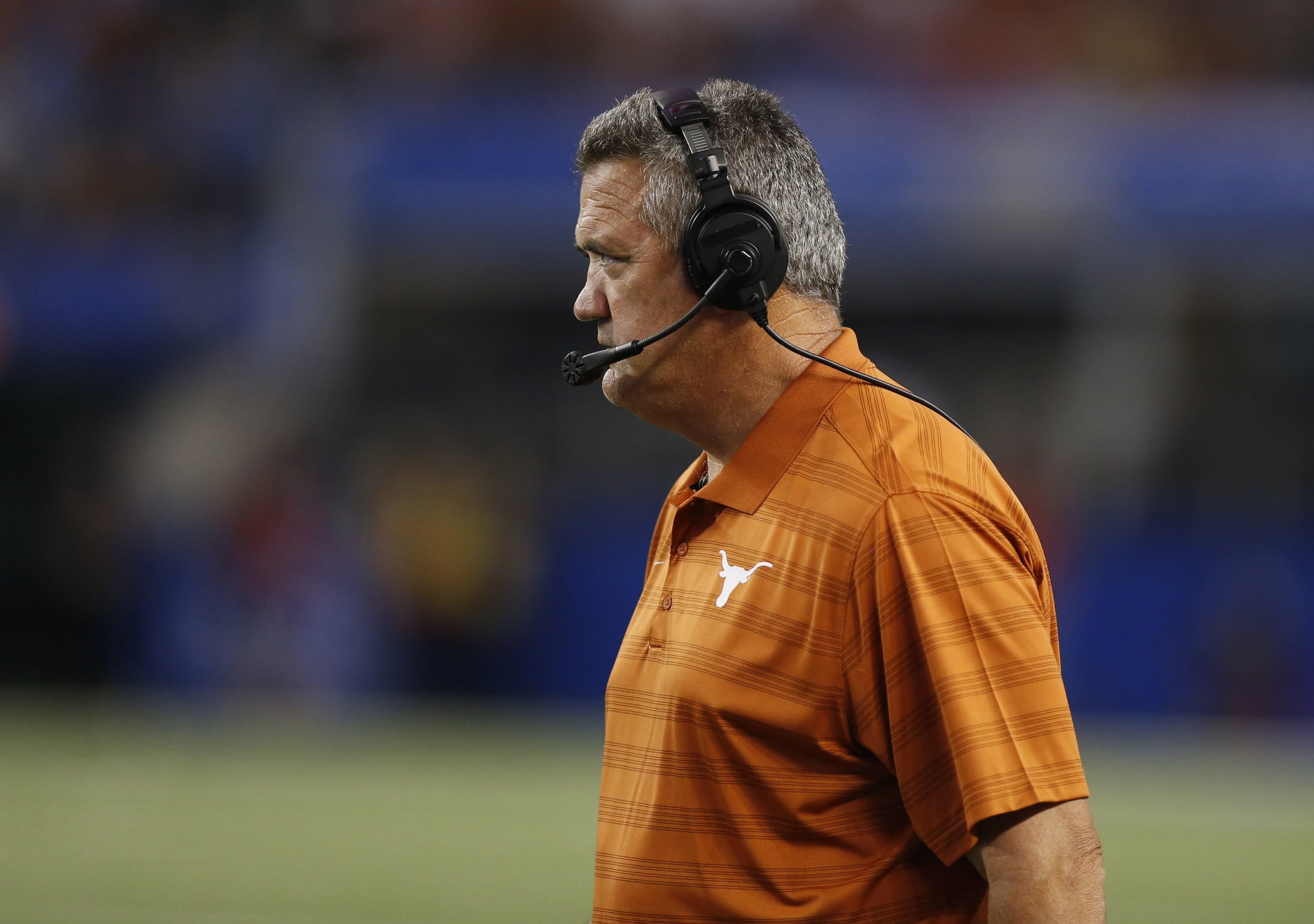 Joe Wickline left OSU for Texas earlier this year under odd circumstances and things got even more odd this week.

Wickline counter-sued OSU after OSU filed a lawsuit against him in Payne County earlier this month.

I’d like to take a moment and note that Mike Yurcich is standing and violently applauding Wickline’s usage of the counter.

But yeah Wickline had a stipulation in his contract that said if he made a leap to any other school for a job other than being an offensive coordinator “with play-calling duties” that he would owe OSU $600,000 (the balance of his contract).

The issue at hand is whether Wickline is calling plays at Texas which, ironically, was one of the issues at hand last season.

Re: Pokes — I asked a coach about Yurcich during fall. "Doesn't matter," he said. "Wickline's the one calling plays."

According to Chip Brown this lockstep has been going on for quite a while.

“In his lawsuit Wickline alleges that Holder told him shortly before UT offered Wickline the offensive coordinator position that Holder would never release him from his OSU contract because he was ‘the best offensive line coach in the country.'”

Wickline is also mad at the road Mike Holder has been leading him down.

“Wickline alleges OSU has engaged in a ‘campaign of harrassment, threats and intimidation,’ and Wickline is seeking damages after suffering ‘injury and mental anguish.'”

The first letter Holder wrote to Wickline in March is actually quite humorous, or it was to me. Holder is icy in it.

“…it appears that your head coach has confirmed that Shawn Watson, not you, will be calling the plays. Thus, in reality it appears you unilaterally and voluntarily terminated the contract to make a lateral move and as such a waiver of the liquidated damages clause of the contract is not triggered.”

Side note here: Of all the people you could get into a public legal battle with, Mike Holder seems like the least enjoyable.

Interestingly the Austin-American Statesman says OSU has been pushing for this in various ways for quite a while.

“The same day Wickline was announced as Texas’ new offensive coordinator and offensive line coach, OSU officials hurriedly forwarded a copy of his contract to the American-Statesman.”

So who’s in the right here? Did Wickline make a “lateral move” or is he actually calling plays?

Well, that’s complicated. What is the definition of “calling plays”? Do you actually have to speak a play into the headset during the 60 minutes a game is being played? Or does building a game plan count?

According to the Austin-American Statesman “all Austin-based media who cover the team daily now refer to quarterbacks coach Shawn Watson as the team’s play caller. Texas officials have never disputed this or made any effort to correct anyone.”

“OSU’s lawsuit filed in Payne County, Okla., claims that ‘Wickline is neither the offensive coordinator, nor does he have play calling duties.’ He’s nothing more than an assistant coach who made a lateral move, that lawsuit states.”

And that’s been pretty much corroborated by Charlie Strong.

For what it’s worth Wickline is making less at Texas than what he made at Oklahoma State which seems odd that Texas would pay its “offensive coordinator” less than OSU pays its offensive line coach.

The Statesman also said this is bigger than Holder vs. Wickline. It’s sort of turned into OSU vs. Texas (which is kind of awesome when you think about it).

“Then on May 6, OSU sent another letter and ‘claimed that coach Wickline was lying about his position’ and that Texas officials were ‘attempting to aid’ him in avoiding the terms of the deal. OSU claimed that UT gave Wickline ‘the misleading title of offensive coordinator.'”

What does all of this mean? November 15 in Stillwater should be quite a ride.