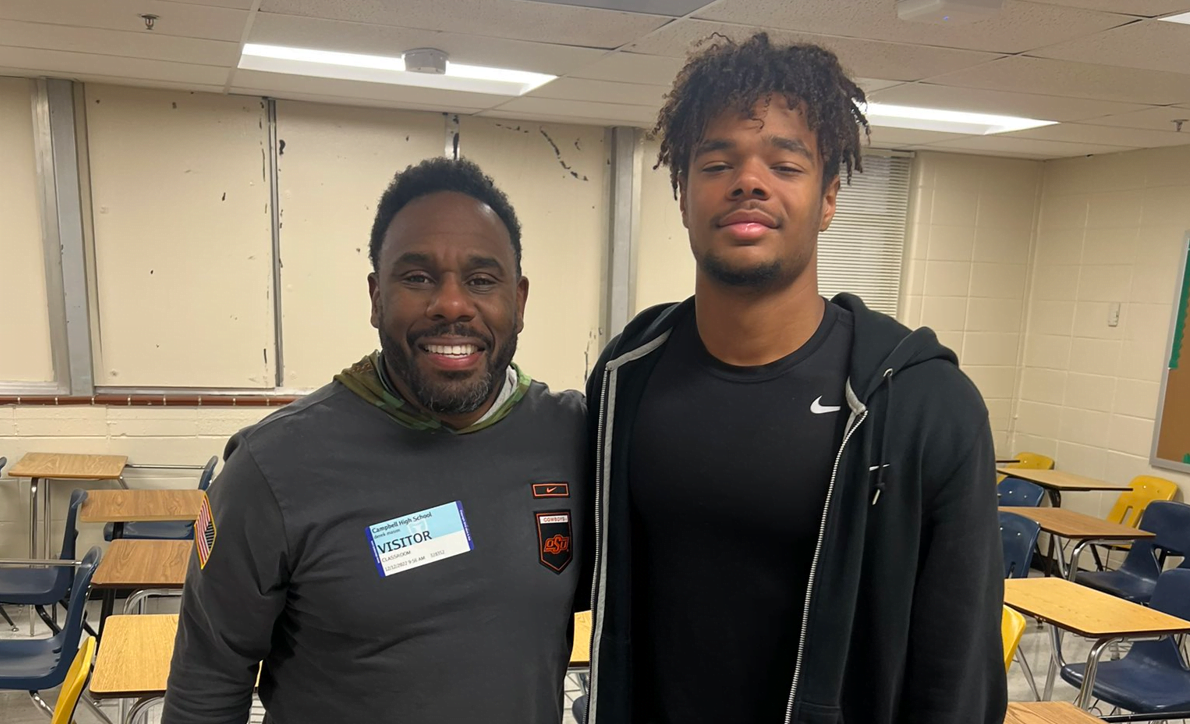 With less than two days to go until the start of the early signing period, OSU is still filling needs.

On Monday, the Cowboys earned a commitment from 2023 safety Tywon Wray Jr., the Smyrna (Georgia) product announced via Twitter.

Wray is a 6-foot-3, 180-pound ballhawk who filled up the stat sheets and put plenty of plays on tape for Campbell High School this past season. In 2022, he racked up 70 tackles, eight pass breakups, two forced fumbles and five interceptions.

OSU defensive coordinator Derek Mason made his way to Georgia to see Wray last week and then Wray returned the favor this past weekend, leaving Stillwater with his seventh offer.

According to On3, Wray was “wowed” by his visit citing an “amazing” campus, the top-notch facilities and even called Rob Glass “the best strength coach in college football.”

“What really won me over with Oklahoma state was the coaching staff,” Wray told On3. “There is so much experience and they have produced so much talent that it made it a no-brainer. The family atmosphere also played a big part in what won me over. They build and develop you. They make you a better person than when you first arrive.”

“They Got a Steal”

But despite those abovementioned gaudy numbers, Wray has flown largely under the radar and is currently unranked by 247Sports. He did hold six previous offers, but the Cowboys were the first Power Five team to extend.

“I’m still in shock,” Wray told On3. “I just want to thank everyone that took their time with me. Coach (Derek) Mason, coach Hammer, coach (Mike) Gundy and the whole staff at Oklahoma state. They all believed in me, and they got a great steal.”

OSU will be without safeties Thomas Harper and Kanion Williams who have both entered the transfer portal.

This announcement comes just hours after OSU received a commitment from 2023 offensive lineman Isaiah Kema. The Cowboys now have 16 commits for their 2023 recruiting class which ranks 51st overall and seventh in the Big 12. Early signing day is Wednesday, Dec. 21.