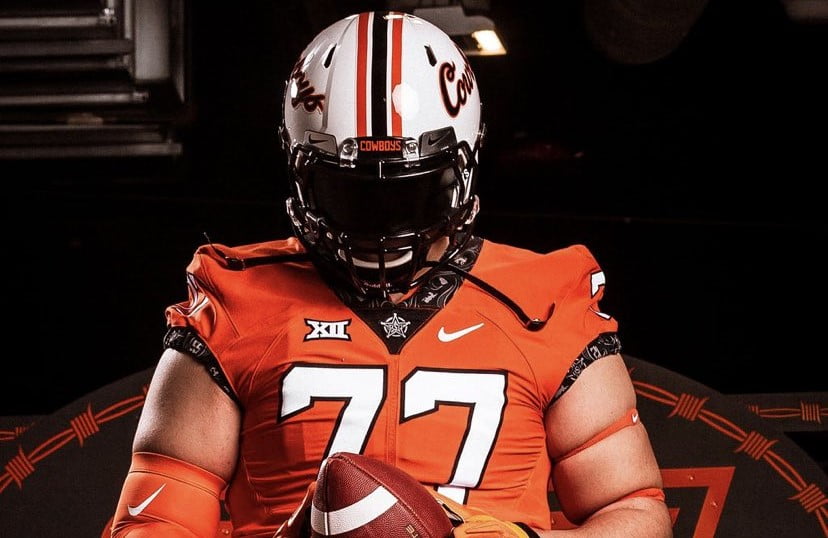 It seemed as if Texas A&M was going to swoop down and pluck a potential recruit from Oklahoma State at the 11th hour (National Signing Day is Wednesday). In the iconic words of Lee Corso — Not so fast, my friend.

Kema, a three-star offensive lineman in the 2023 class, announced his commitment to Oklahoma State on Monday morning, He picked OSU over offers from A&M, Nebraska, Texas Tech, Cal, Kansas, BYU and others. With his commitment, it’s still unclear how soon he’ll be on OSU’s campus. A few reports have stated he would go on a two-year religious mission before attending college — essentially dropping him back to the Class of 2025. Regardless of when he gets to Stillwater, though, it’s a big deal for OSU.

Kema is the No. 747 player in the 247Sports Composite rankings, making him the No. 121 player from Texas.

A 6-foot-4, 292-pound interior offensive lineman, Kema was a 6A First Team All-State selection as a junior in 2021 at Frenship High School in Wolfforth, Texas. He is also a wrestler — something OSU coach Mike Gundy values highly. Kema played center for the Tigers this season, earning First Team All-District honors.

Kema is an absolute wrecking ball with most of the people he touches in these highlights taking a short flight to the turf.

Oklahoma State is in in midst of overhauling things along the offensive line. Kema is the fourth high schooler the Cowboys have committed in the 2023 class, and the Pokes have also added two offensive linemen from the transfer portal. Of the four high school guys, Kema is the highest rated.