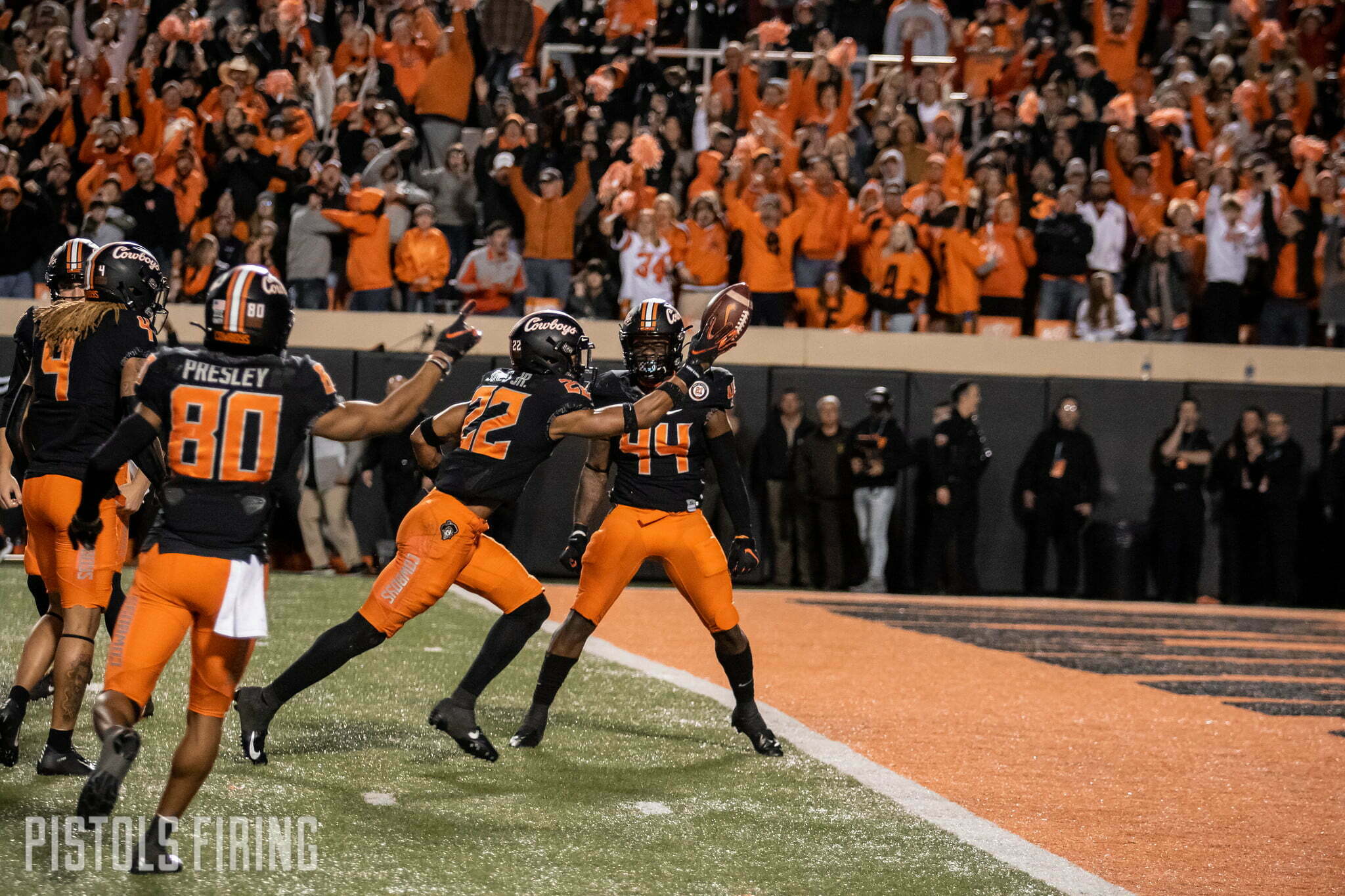 The College Football Playoff committee released its final rankings on Sunday, and Oklahoma State landed at No. 9. It’s the highest Oklahoma State has finished in the committee’s ranking since the CFP began in 2014.

At 11-2, after coming up short in the Big 12 Championship (a few excruciating inches short), the Cowboys are headed to a New Year’s Six bowl, to play Notre Dame in the PlayStation Fiesta Bowl.

The Cowboys also landed at No. 9 in both the AP and AFCA Coaches poll.

Here’s a quick history of the Cowboys in the CFP ranking.

Future Big 12 team Cincinnati landed in the committee’s Final Four. The Bearcats are the first Group of Five team to make the playoff.