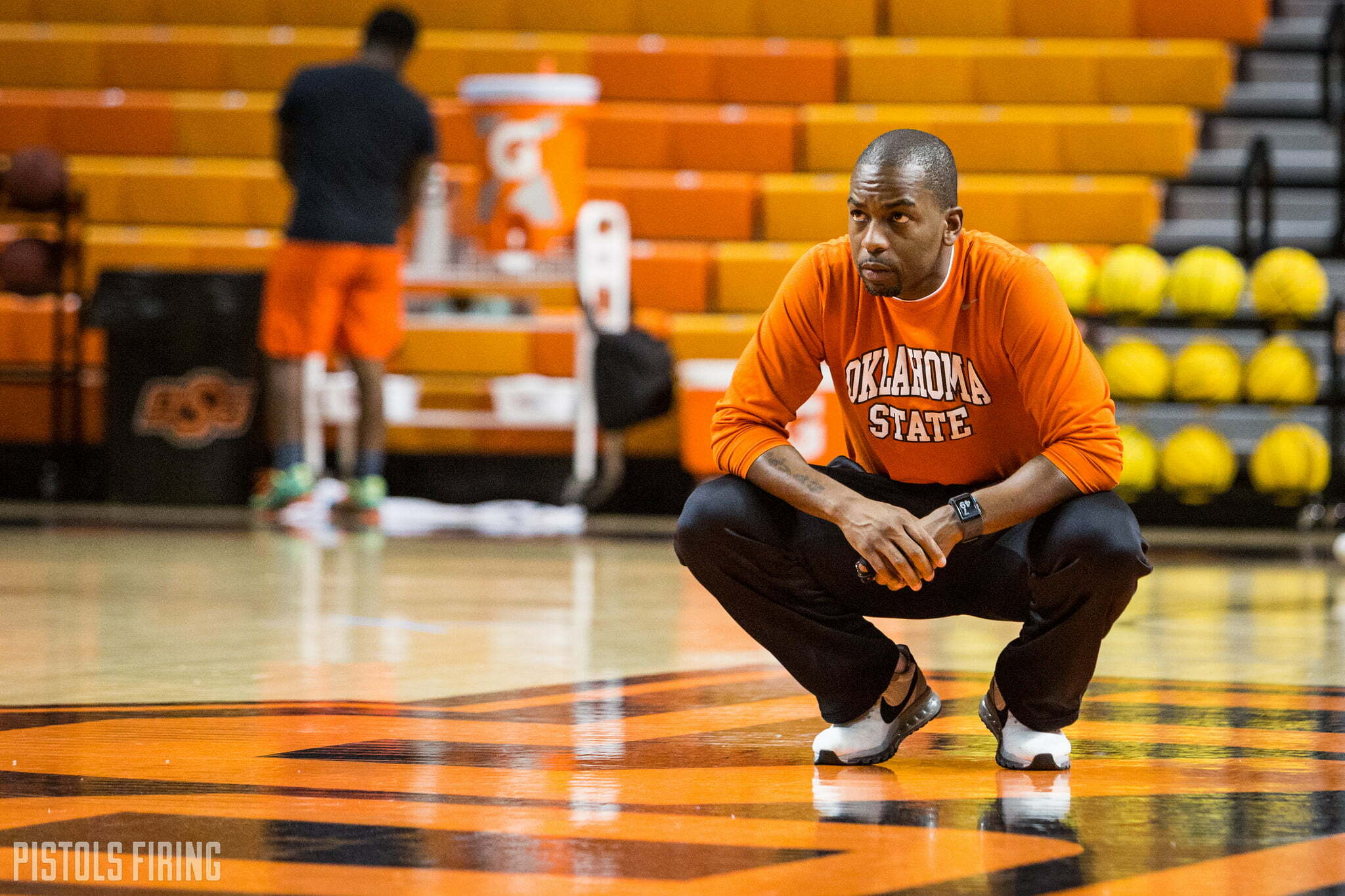 The Cowboys on Monday night landed a commitment from junior college big man Bernard Kouma, giving Boynton and his staff a 13th scholarship player for the roster and a needed addition of size for next season on a team that appears to be lacking it.

Rivals.com reported the Kouma commitment saying that he not only verbally committed, but also signed.

The 6-foot-9 Kouma, at 260 pounds, should help offset the loss of Yor Anei and give OSU a big-bodied bruiser in the middle of its system. He’s still raw, and comes to OSU via junior college after a failed attempt to sign with Illinois. But he’s got potential. Here’s Rivals’ assessment of what he can bring to the table:

Respected most for his rim-running abilities, physicality around the basket and presence on the glass, Kouma is not entirely refined but he does compete. The loss of Anei leaves a few minutes left for Kouma to contribute in the energy-giving department. He appeared in 29 games this past winter for SPC where he made over 57-percent of his field goal tries. [Rivals]

Kouma committed, signed and enrolled with Brad Underwood’s Illini last year, with an apparent academic mishap soiling his shot to play at the high major level. The mishap centered around credit validation (or lack thereof) from his time in his home country of Chad in Africa.

After Illinois fell through, Kouma played one season at South Plains College in Texas. He didn’t set the world on fire, averaging 4.1 points and 3.8 rebounds per game, but his energy, hustle and big body are all positives that should translate to some success early at OSU.

Of course, Kouma doesn’t need to be Luka Garza for OSU next season. Cade Cunningham is going to be Cade Cunningham and the rest of the pieces need to just be OK. And if all Kouma has to do is affect shots at the rim, finish a few lobs and give some hustle on the bench … that seems like a reasonable ask!

It’s unclear if his presence will equate to big minutes because of Kalib Boone’s return, but he should be a factor just because of his size. He becomes the eighth (!) incoming player for 2020 and the first from the junior college ranks. Five of the eight are outgoing high schoolers, and two — Ferron Flavors and Bryce Williams — are transfers from Cal Baptist and Ole Miss, respectively.