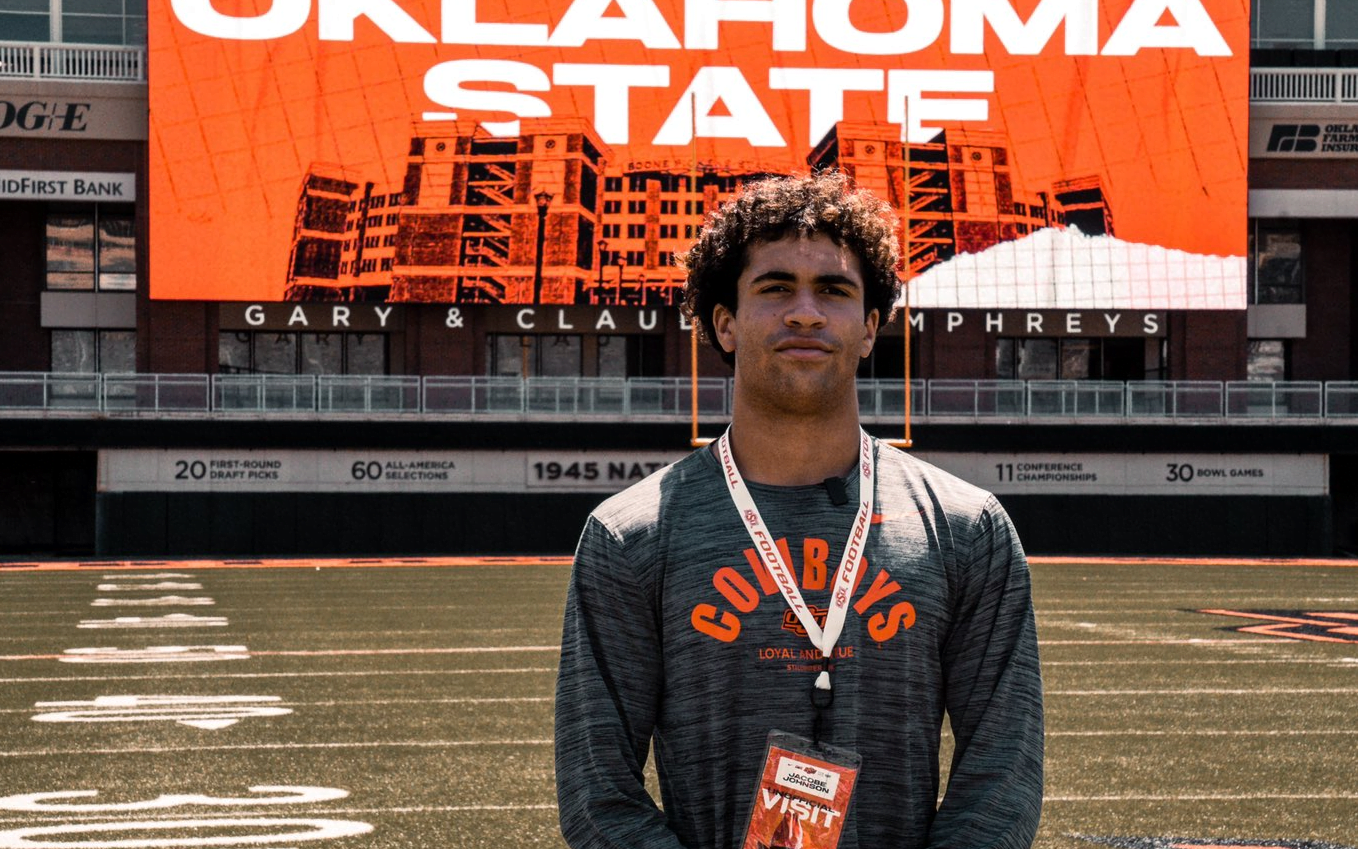 Mike Gundy has a knack for getting in early on prospects, especially those from within his state’s borders, and it seems to be paying off with a touted multi-sport phenom — at least to this point in his recruiting.

Jacobe Johnson, a sought-after star in both football and hoops, announced his Top 5 among gridiron offers and the Cowboys made the cut.

OSU joins Alabama, Michigan, Stanford and Oklahoma in Johnson’s final list. He will announce his college destination Aug. 13 at Mustang’s Bring Out the Broncos event.

Johnson played both ways for Mustang in football, gaining consistent reps at receiver but spending the bulk of his time in the secondary, where he would be a potential star for the Cowboys.

The 6-foot-3, 183-pound two-sport star is a four-star athlete, according to 247Sports, the No. 6-ranked prospect at his position, and the No. 2 football player from Oklahoma for the 2023 class. But OSU came calling first back in April of 2020.

Big-framed athlete with early experience at receiver, but primarily in the secondary. Good height with plenty of frame space. Two-sport standout in football and basketball with high-major offers in both. Good ball skills. Dexterous, skilled athlete. Flashes some close-quarters pop as a defender. Instinctive player who shows encouraging coverage awareness. Good functional athlete but can add some twitch. Seems very high-floor with potential to become early-round NFL Draft pick.

With all of those football offers, there are plenty of coaches champing at the bit to land the versatile stud, but Gundy has a little competition in-house. Mike Boynton extended Johnson an offer two months after Gundy. Johnson has a handful of other Power 5 offers for hoops.

Regardless of who offered first, if the Cowboys were to land Johnson it would be a coup. He currently has a 100% Crystal Ball Prediction to land in Norman, according to 247. And four Rivals publishers also predict he’ll be in crimson and cream. But the fact that OSU has made it this far in the running is reason enough for Cowboys coaches (and fans) to retain hope.

If the touted in-state star were to land in Stilly, he’d be the Cowboys’ highest-rated signee since Herschel Sims in 2011 and a Top 3 defensive prospect to play for OSU since they started keeping track of such rankings.