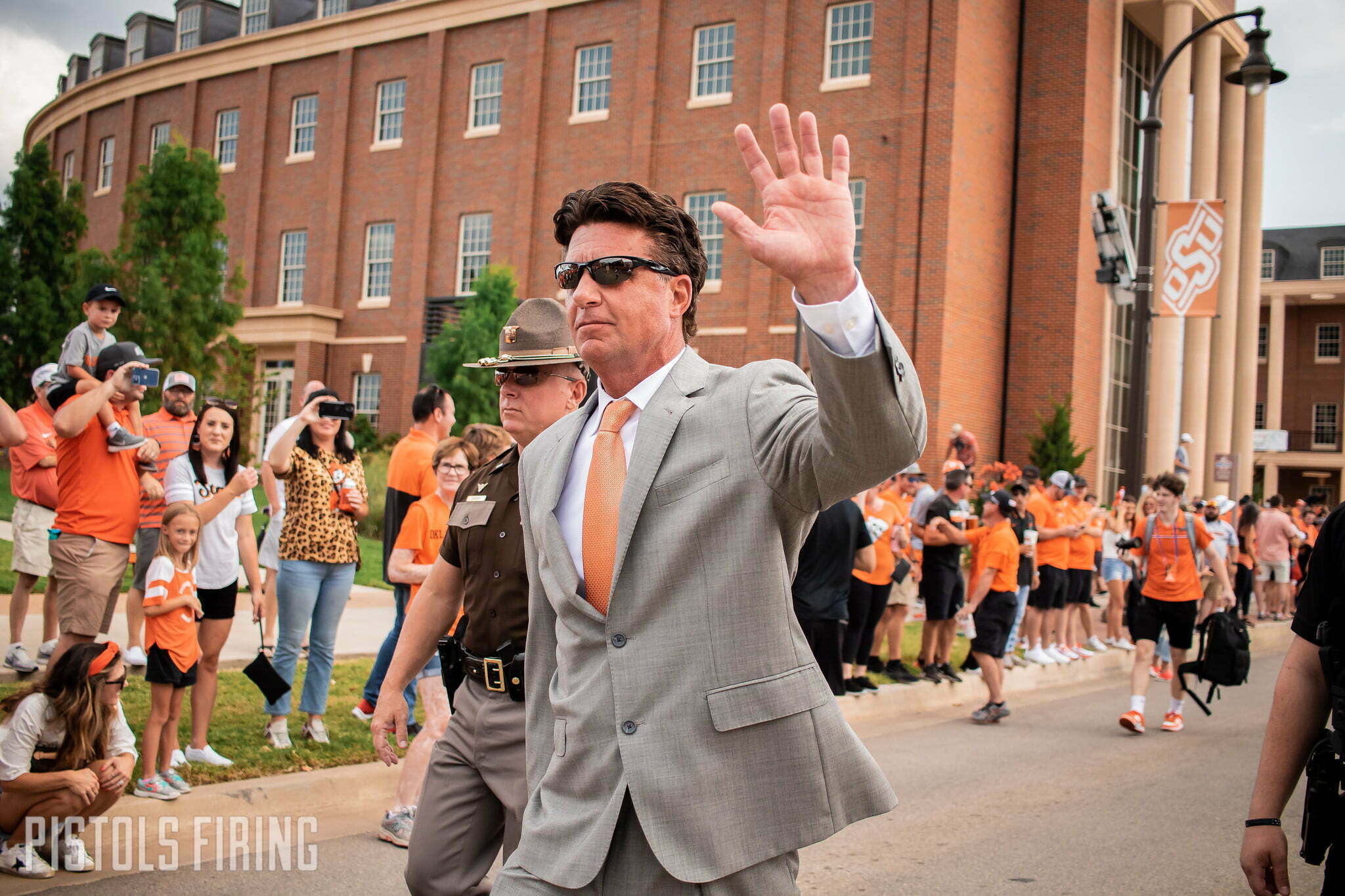 The Big 12 conference formally invited BYU, Houston, UCF and Cincinnati to the conference on Friday morning, and leadership at Oklahoma State gave glowing reviews of the conference’s actions after Oklahoma and Texas decided to move to the SEC.

OSU athletic director Chad Weiberg started off OSU’s statements off with something brief.

“The Big 12 will remain a nationally strong league that will continue to provide current and future OSU student-athletes the opportunity to compete for championships at the highest level,” Weiberg said in a release.

OSU football coach Mike Gundy has seen about as much Big 12 football as anyone. As his team prepares to play Tulsa on Saturday, Gundy took the time to give his thoughts on the league’s recent additions.

“The Big 12 conference has been among the best football leagues in the country for the past 25 years,” Mike Gundy said in a release. “The addition of these four programs will allow us to introduce our brand of football to fans in new locations. I welcome the new conference members and look forward to competing against them while maintaining competition with our long-standing league members. We have the best of both worlds.”

It’s been a whirlwind since new OSU president Kayse Shrum got in office with NIL and conference realignment becoming major headlines just days into her taking the reins from Burns Hargis.

“As many of you have read in recent headlines, I joined my fellow presidents from Big 12 universities this morning to accept membership applications from four respected universities with impressive athletic traditions into the Big 12 athletic conference,” Shrum said in a release. “Today’s vote represents the first of many steps to take place over the next couple of years. I am enthusiastic about the future of Oklahoma State University athletics as part of the reimagined Big 12 with the addition of Brigham Young University, the University of Central Florida, the University of Houston, and the University of Cincinnati, which creates an impressive geographical footprint. I also appreciate the leadership of our athletic director Chad Weiberg, and I’m proud to work alongside him to chart a bright future for Oklahoma State University athletics. The expanded conference means our student-athletes will compete at the highest level in every sport for national championships.”

Conference realignment has focused most heavily on football, but the Big 12 will get a boost in its basketball product, as Cincinnati is always a solid squad and Houston is coming off a Final Four run.

“I look forward to the future of Big 12 basketball,” OSU coach Mike Boynton said in a release. “I’m thankful for the leadership within the conference for working diligently over the last few months to position the conference for future success. While our league has been the most competitive from top to bottom during my four years as head coach, adding UCF, Houston, BYU and Cincinnati will enhance that competitiveness even more. I have great respect for each school and know the success that they’ve all had on a national level.”