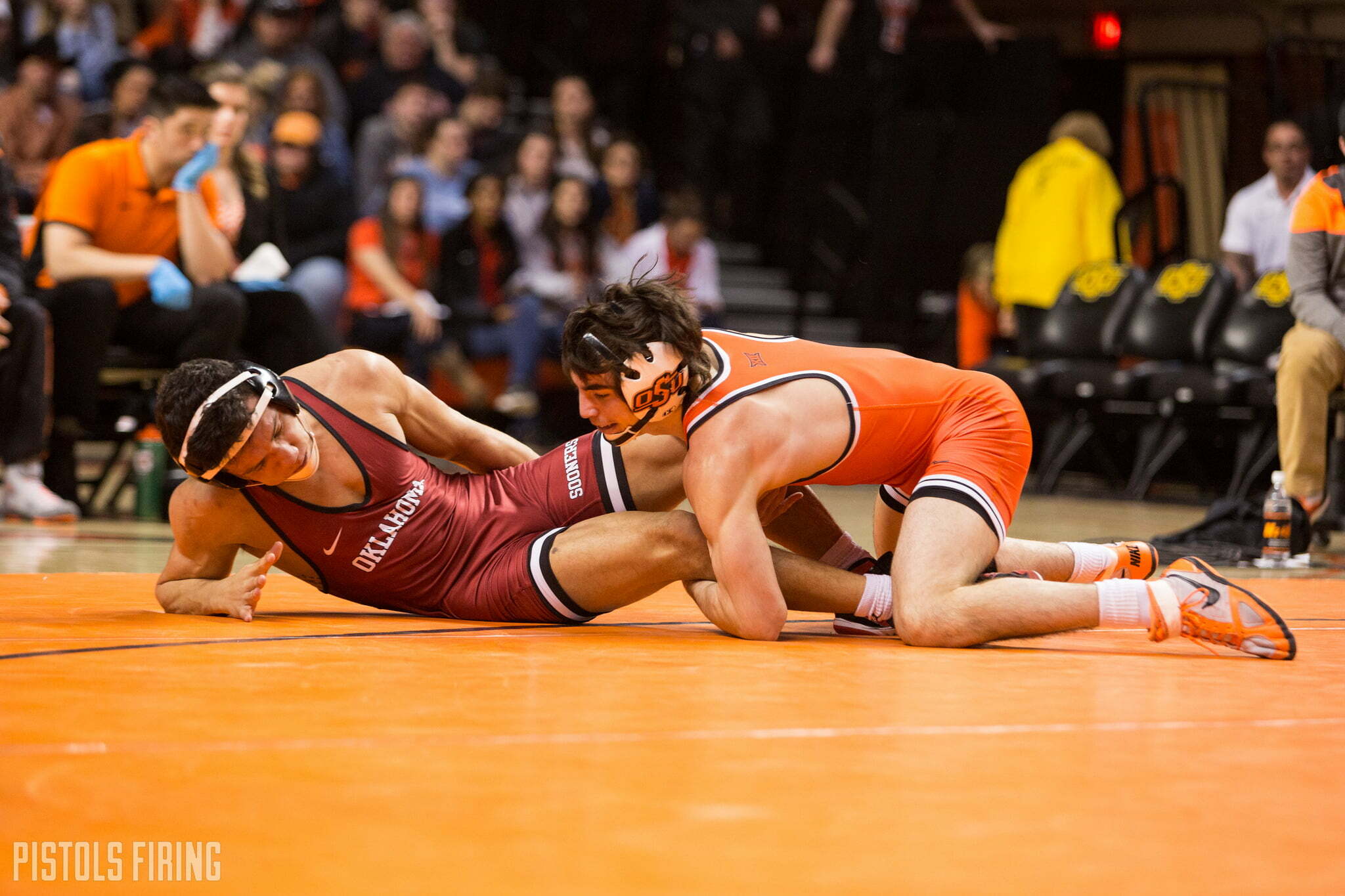 Oklahoma State wrestling will look to extend its Bedlam series lead over OU to 141-27-10 on Sunday, as the Sooners come to Stillwater to wrestle the Cowboys live on ESPNU.

OU has about as much of a chance of upsetting the Cowboys as people gave Mitch Shelton to beat Dr. Death in the 1982 dual. Not a great shot, but that happened.

“They’re a lot better team this year,” said Smith. “We have a couple of key matchups. At 141 pounds, Kaid Brock, and they’ve got a young stud, who I think they’ve got high hopes for. He appears to be doing pretty well, so you can look for a few key matches that probably will make a difference in rankings at the Big 12 Tournament.”

The match of the dual will most certainly be at 141. Dom Demas is the best wrestler on OU’s roster and Kaid Brock has an incredibly wide array of offense on his feet. This sets up for what should be a very fun and a high scoring matchup.

At 149, Davion Jeffries has some talent and has beat some good wrestlers in his day. This creates what could be an interesting matchup with freshman Kaden Gfeller. I think Gfeller comes in fired up for this and wins comfortably, but the talent is there for Jeffries to make it interesting.

The 197 pound match should be good. It’s unknown whether or not Preston Weigel will be back on Sunday, John said he’ll be here or at Northern Colorado. I’m thinking it will be Marsden, who lost the head-to-head matchup last year. He’ll need to wrestle well to win this one.

It should be a rout, but OU could pull a few upsets that end up leaving a poor taste in the mouths of fans.

This will be the only Bedlam matchup this year.