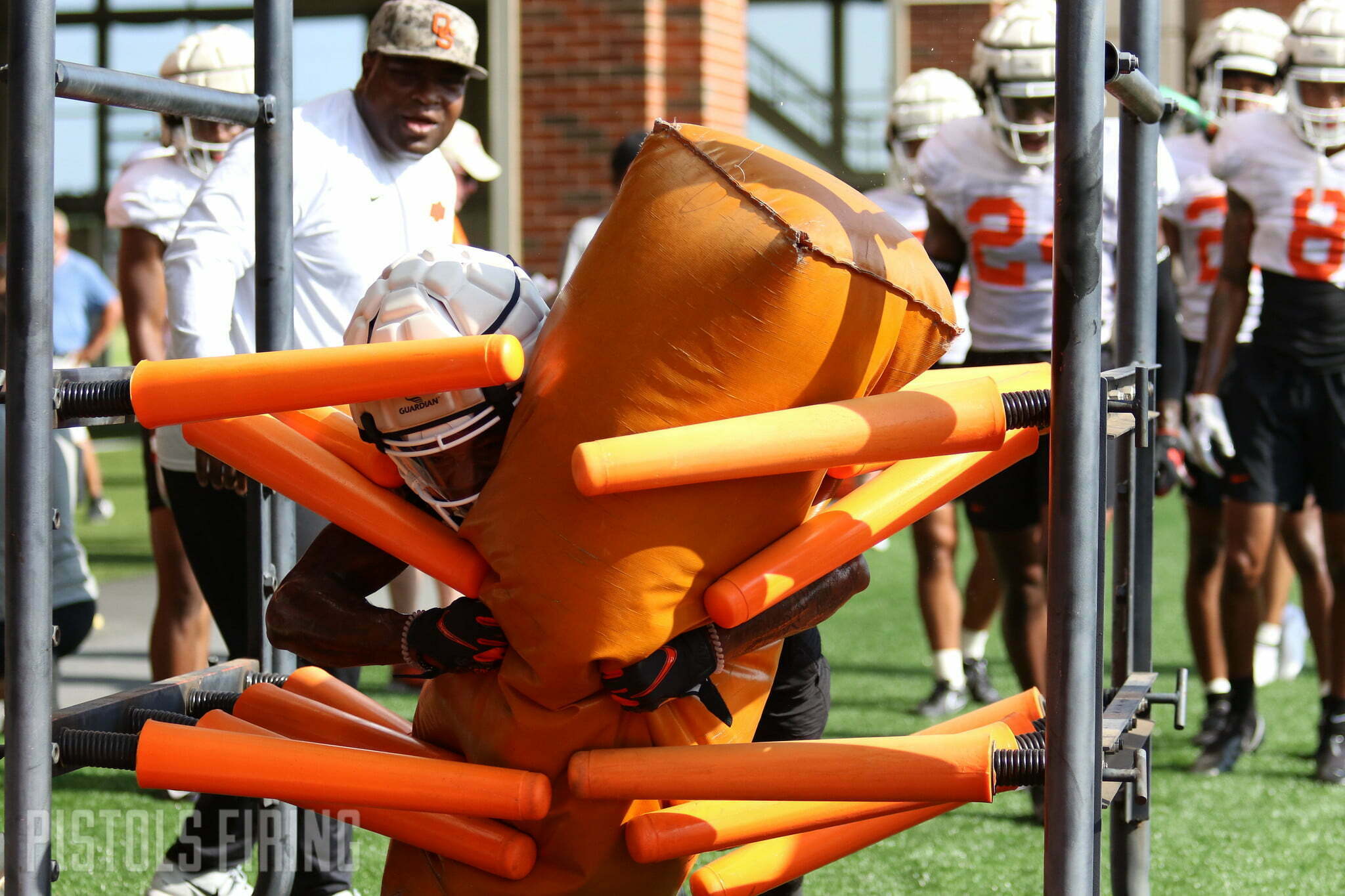 The Cowboys’ defensive backfield has been filled with talent over recent years, and high-level recruits are taking notice.

Oklahoma State made the Top 5 for four-star standout Warren Roberson out of Red Oak, Texas on Monday. USC, Florida, TCU and SMU join OSU in his list. Roberson is the No. 286 player in the 2023 composite ranks, which lists him as a safety. However, it appears OSU corners coach Tim Duffie is the one recruiting Roberson, which could foreshadow him playing corner in Stillwater if he chooses Oklahoma State.

Oklahoma State was the first program to offer Roberson back in July of 2021. Since then, he has received offers from all corners of the country, including Alabama, Oregon, Ole Miss, LSU, Florida State and other schools that didn’t make the cut.

As a junior at Red Oak High School (south of Dallas), Roberson had four interceptions. He also played receiver for the Hawks, catching 41 passes for 688 yards and six touchdowns.

If defensive backs from Red Oak sound familiar, OSU got Raymond Gay from the high school in the 2021 class. Gay redshirted with the Cowboys in 2021, playing in three games.

It’s not going to be easy for the Cowboys to get Roberson, though. Predictions on Rivals and 247Sports have USC as the favorite as things stand.

OSU isn’t going to take a traditional class of 25 this cycle because of reaching the scholarship limit with players staying extra years because of COVID. The Cowboys have an 11-man class right now that ranks 59th nationally and ninth in the Big 12. If Roberson were to pick Oklahoma State, he’d be the Cowboys’ highest-ranked commit in the cycle.