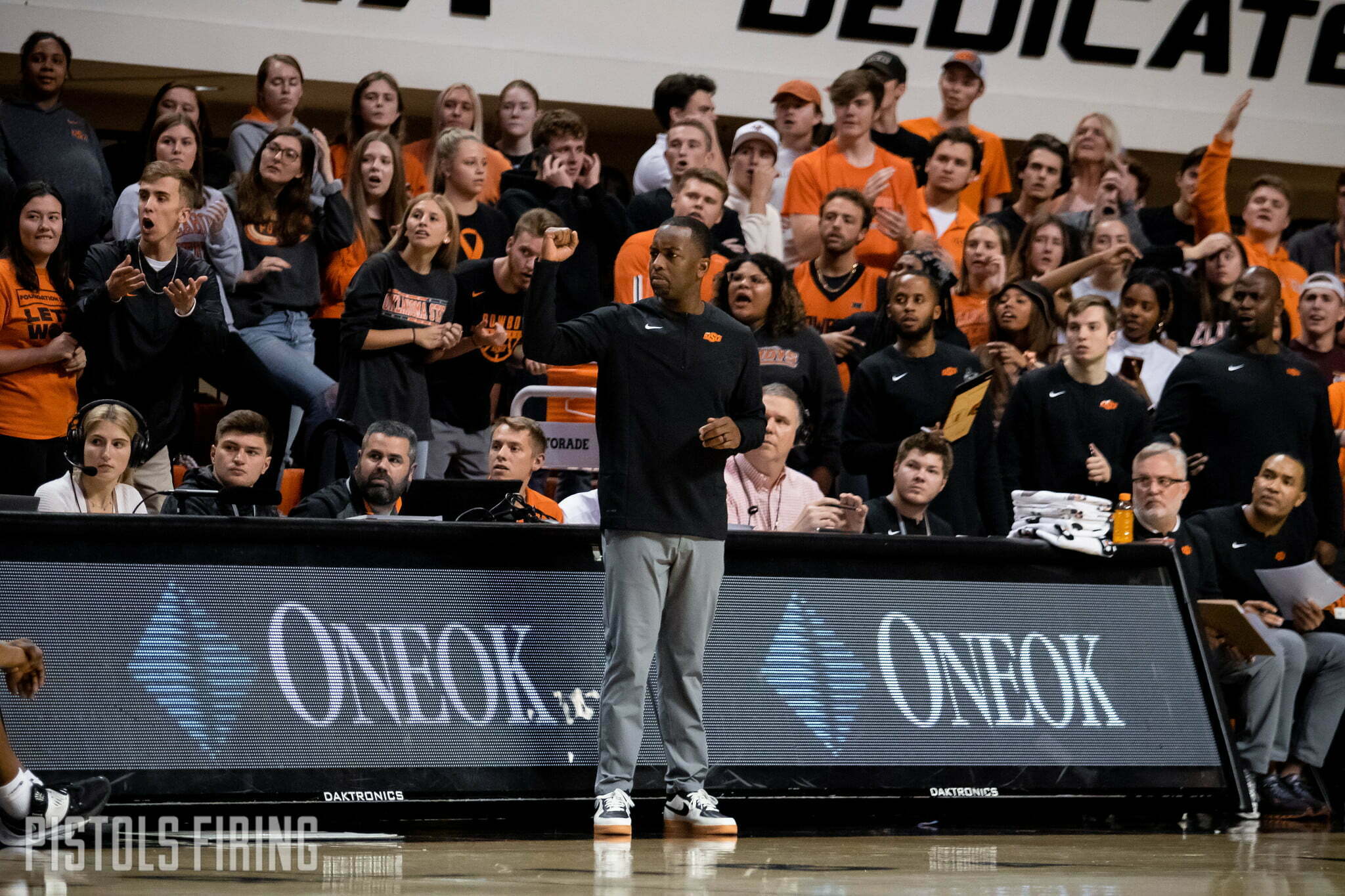 The Cowboys are in the top group for an AAU teammate of recent OSU commit Jamyron Keller.

Justin McBride, a 6-foot-7 forward from Plano, Texas, announced his Top 6 on Friday: Oklahoma State, Missouri, Kansas State, Arizona State, VCU and Santa Clara. McBride played alongside Keller with Drive Nation this summer. He will visit Oklahoma State Sept. 1-4, according to On3.

“They have two great players coming in, and I think I can do great things with them,” McBride told On3 of Oklahoma State.

Oklahoma State offered McBride in July while he was lighting it up at the Peach Invitational. During that event, McBride averaged 16.8 points and 6.3 rebounds a game with Drive Nation. Throughout the EYBL circuit this season, McBride has averaged 13.1 points and 4.8 rebounds in about 21 minutes a game.

He has an interesting backstory when it comes to rankings. At the start of 2021, McBride was the No. 27 player in the 2023 class, garnering early offers from Kansas, Arkansas, Missouri and others while playing at national power Oak Hill Academy. But then his recruitment somewhat cooled. He moved back to Texas midway through last school year before catching heat again this summer with offers from Oklahoma State, Kansas State, Arizona State, UNLV, Wichita State and others.

Oklahoma State has two commits in its 2023 class in Keller and Del City big man Brandon Garrison. The Cowboys’ class ranks fourth in the Big 12 behind Iowa State (four players), Kansas State (two players) and Baylor (two players). If McBride were to commit to Oklahoma State now, the Cowboys’ class would jump to the No. 8 class in the country and second in the Big 12.