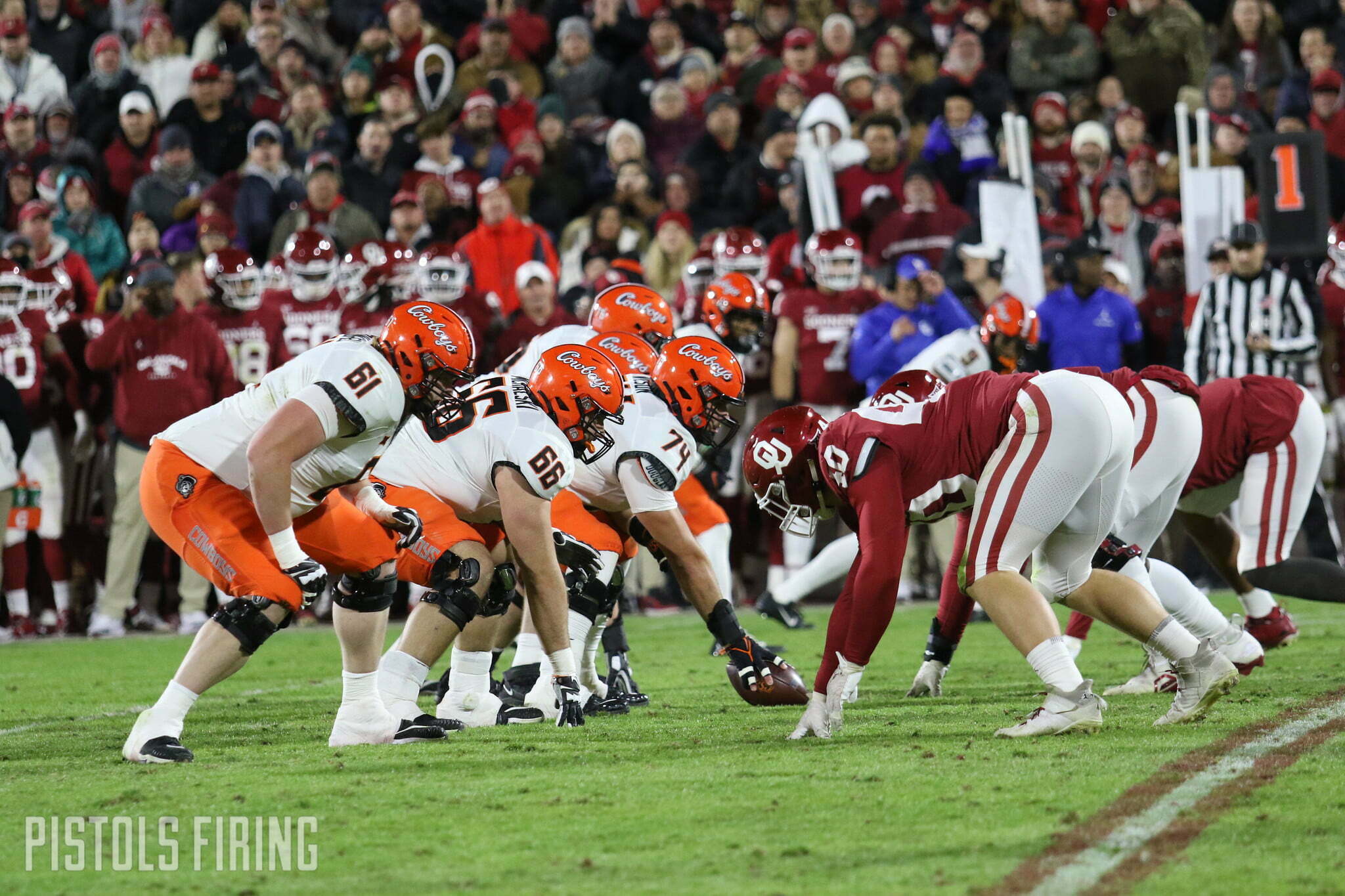 The Cowboys are in need of some experience and depth along their offensive line, and OSU’s coaching staff has been taking steps to try and fill that need.

OSU recently offered Florida transfer Joshua Braun, a guard who started several games for the Gators. Now they’ve made the cut for a highly ranked interior lineman from the junior college ranks.

OSU made the Top 12 for Keyshawn Blackstock, a four-star prospect and the top-ranked junior college interior offensive lineman in the country, according to 247 Sports.

When OSU offered Blackstock in September he was unranked, but his offer sheet included the likes of Auburn, Kansas and Fresno State. That offer sheet has since exploded, as has his star ranking.

Blackstock now boasts 45 (!!) offers with more than 20 of them being from Power Five schools. The Cowboys have made the latest cut, but they’re still fighting against the following schools for his services: Oklahoma, Illinois, Florida State, Michigan State, Tennessee, TCU, Auburn, Oregon, Penn State, Houston and South Carolina.

The 6-foot-5, 315-pound Georgia native is listed as an interior lineman by recruiting services, but he played in multiple spots including left tackle for Coffeyville Community College (Kansas). He is currently the No. 1 JUCO interior lineman in the 2023 class, the No. 2 player out of Georgia and the No. 6 overall junior college prospect.

OSU has 11 commitments for the 2023 class including three offensive linemen: Jack Endean, JaKobe Sanders and Gage Stanaland. But if the Cowboys were to land Blackstock, he could be an instant contributor on an offensive line that has struggled with depth and health over the last couple of seasons.