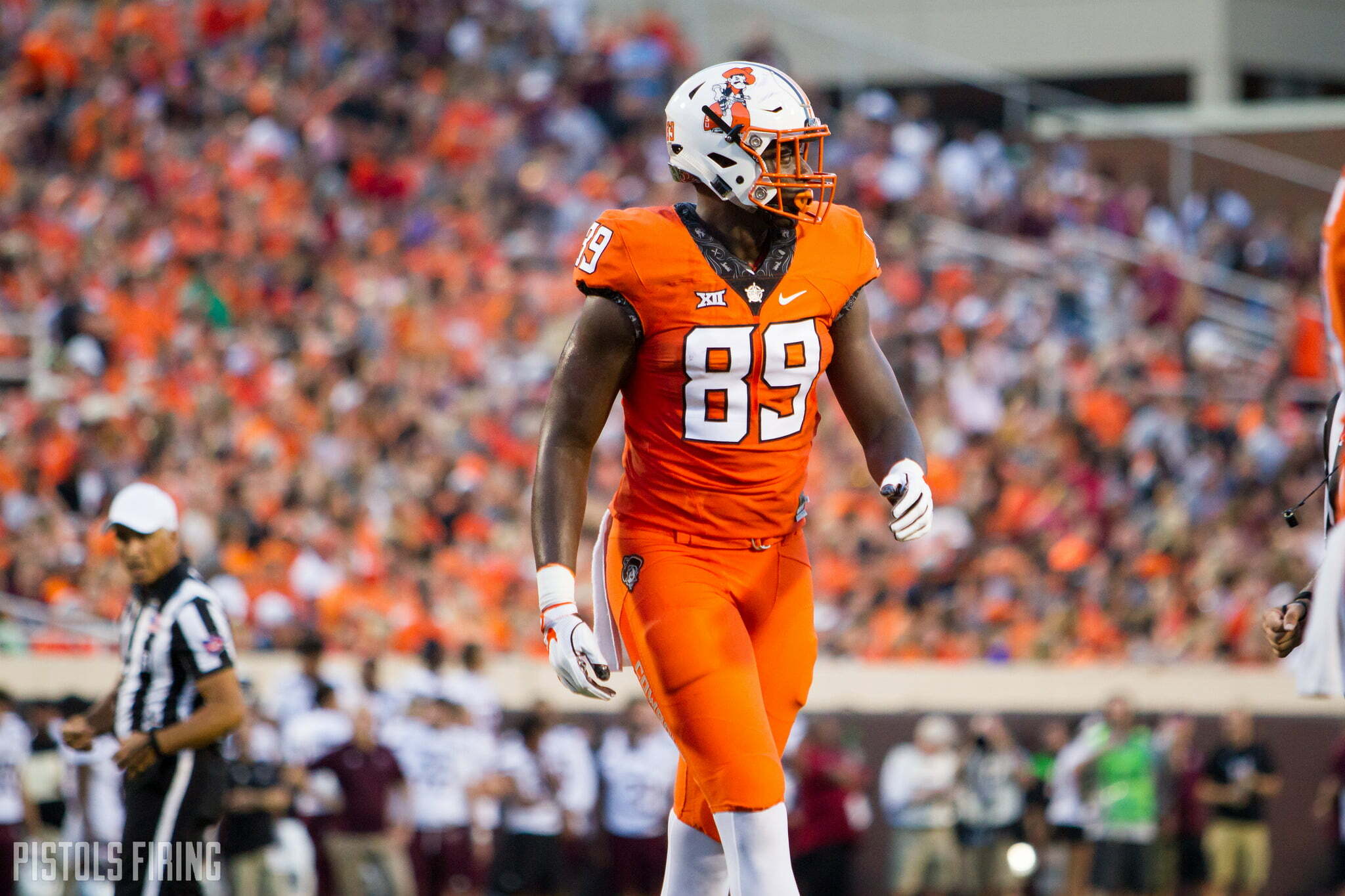 When your receiving corps has the top-end talent OSU has, it’s difficult for other positions to get in on the pass-catching action. But halfway through the season, the Cowboy Backs are at least making an impact. Let’s recap how they’ve fared thus far as we continue our midseason grades.

Best Performance: There haven’t been many stand-out showings, but it has to be the Kansas State game. Both Jelani Woods and Logan Carter caught passes in this game, and Carter found the end zone for a 3-yard score.

Worst Performance: Texas Tech. This game featured no catches from a Cowboy Back, and just one target to Logan Carter.

Best Play: If a play happens on a streaming network and there are no videos, did it even happen? I have to go with the best play as the only score from this group this season: Carter’s 3-yard score against K-State. It happened on ESPN+, though, so just pretend it looked a lot like this Carter score last season:

Stat that Matters: 36 — That’s the total number of receiving yards from all three of OSU’s active tight ends this season. Chuba Hubbard has had three scoring rushes of 36 yards or more this season.

More goes into being a good tight end than catching passes or scoring touchdowns. In OSU’s offensive scheme, they have been absolutely vital to OSU’s success rushing the ball this season.

The Future: The future is promising. Jelani Woods is just about unguardable in jump-ball situations, Logan Carter has gained the trust of OSU’s coaches to get goal line targets, and Dayton Metcalf has seen plenty of work, too. Moving forward the rest of the season I’d expect Woods and Carter to get a little more work in the passing game, especially if OSU’s red zone efficiency (or deficiencies) continue to linger.