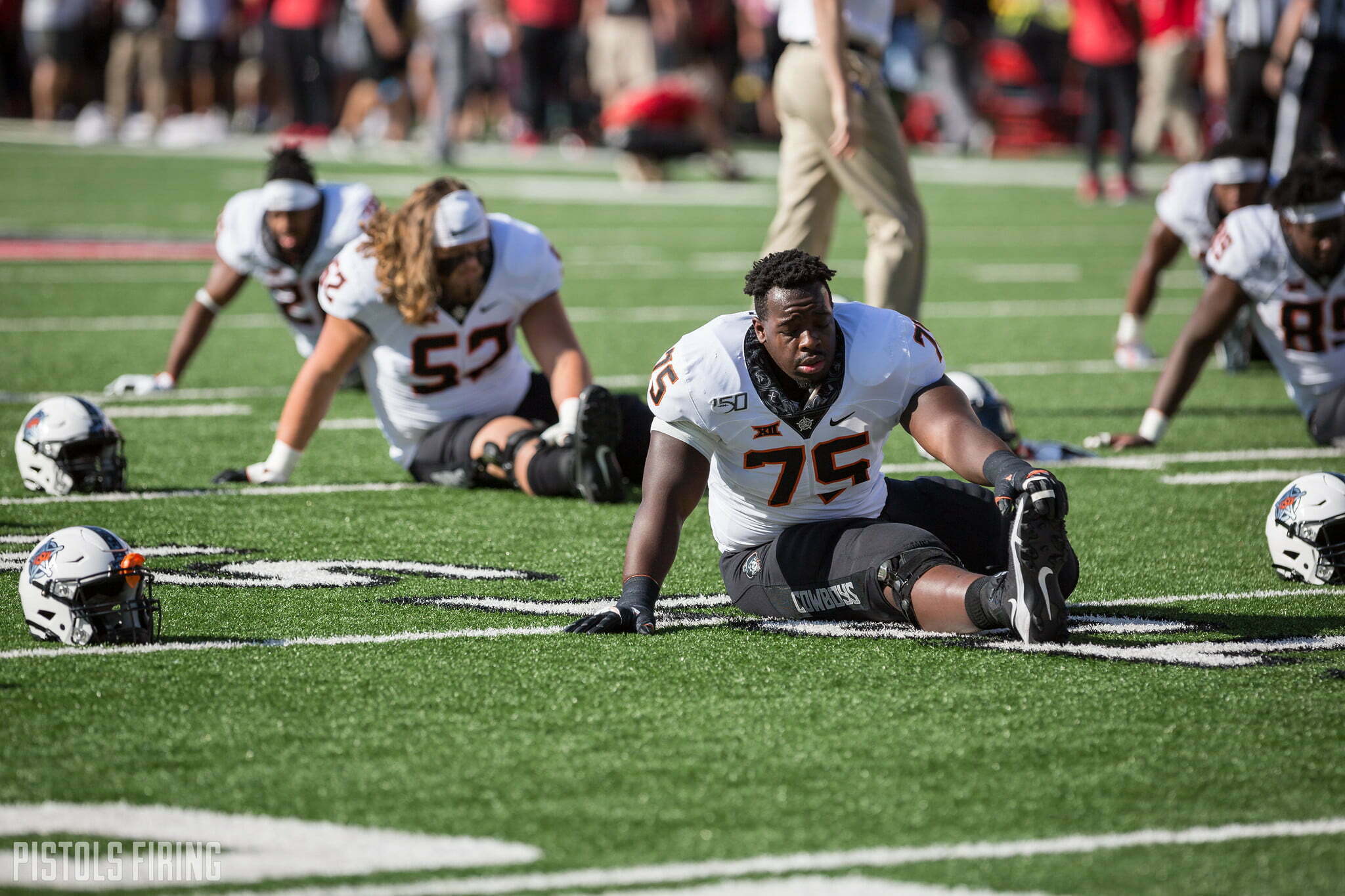 Oklahoma State’s offensive line started the season with an all-time performance on the road against Oregon State. It set the bar of expectations high, perhaps unreasonably. In the games that have followed, Chuba Hubbard has run well (because Chuba Hubbard always runs well), but pass protection has struggled. As we evaluate the unit at the halfway mark of the season, it’s been a mixed bag of both good and bad.

140-Character Summary: I’m not a trained expert OL evaluator, but OSU allowing 2.17 sacks per game — in an offense that features a Heisman-contending running back and an extremely mobile quarterback — is not great.

Best Performance: We may have been too quick to crown this offensive line. That goes for Gundy, too, who after the season-opening win over Oregon State announced that the unit earned all-time marks for its showing in Corvallis.

“It’s early in all phases,” Gundy said. “Everybody has to be careful about being on the Kool-Aid early, but it was the highest grade that we ever had as an offensive line group since I’ve been the head coach.”

OK so maybe he warned us about sipping the Kool-Aid and we did it anyways. Sue us!

Worst Performance: Among the endless list of things that went wrong in Lubbock last week, the blocking. Dustin Ragusa rewatched the tape (bless his heart), and here’s what he said to that end.

In my opinion this was the worst overall blocking performance by Oklahoma State this season. I realize there’s still some injury issues, with left tackle Dylan Galloway missing another game and Teven Jenkins looking like he’s still banged up, but that was the case last week as the Pokes racked up 373 rushing yards and only allowed two sacks. After averaging 8.5 yards per carry as a team against the Wildcats, the Cowboys only managed 3.9 yards per attempt in this one. Not to mention the seven (!) sacks the Pokes allowed.

It wasn’t all bad in the running game and some of the sacks can be credited to Spencer Sanders’ decision making, but it was an overall sub par performance by the offensive line.

As he notes here, injuries have played a big factor. I get it. I’d be mad if people judged PFB if Porter was out with the chicken pox. But this unit looked to be pretty deep and (somewhat) injury-proof. It’s hard to imagine OSU not finding solutions to temporary losses.

Best Play: [looks around the room]

Stat that Matters: 279. That’s how many yards per game OSU is averaging this season, a mark that ranks seventh in the country. If you’d told Mike Gundy OSU could average that number in 2014, he’d have cut his mullet and gone bald forever to sniff that rushing success.

The Future: OSU has to get healthy. We’ve seen what a fully healthy offensive line can do this season. If the unit can get close to that again, the stretch run of the season could be fun to watch … and more fun for Chuba to run behind.