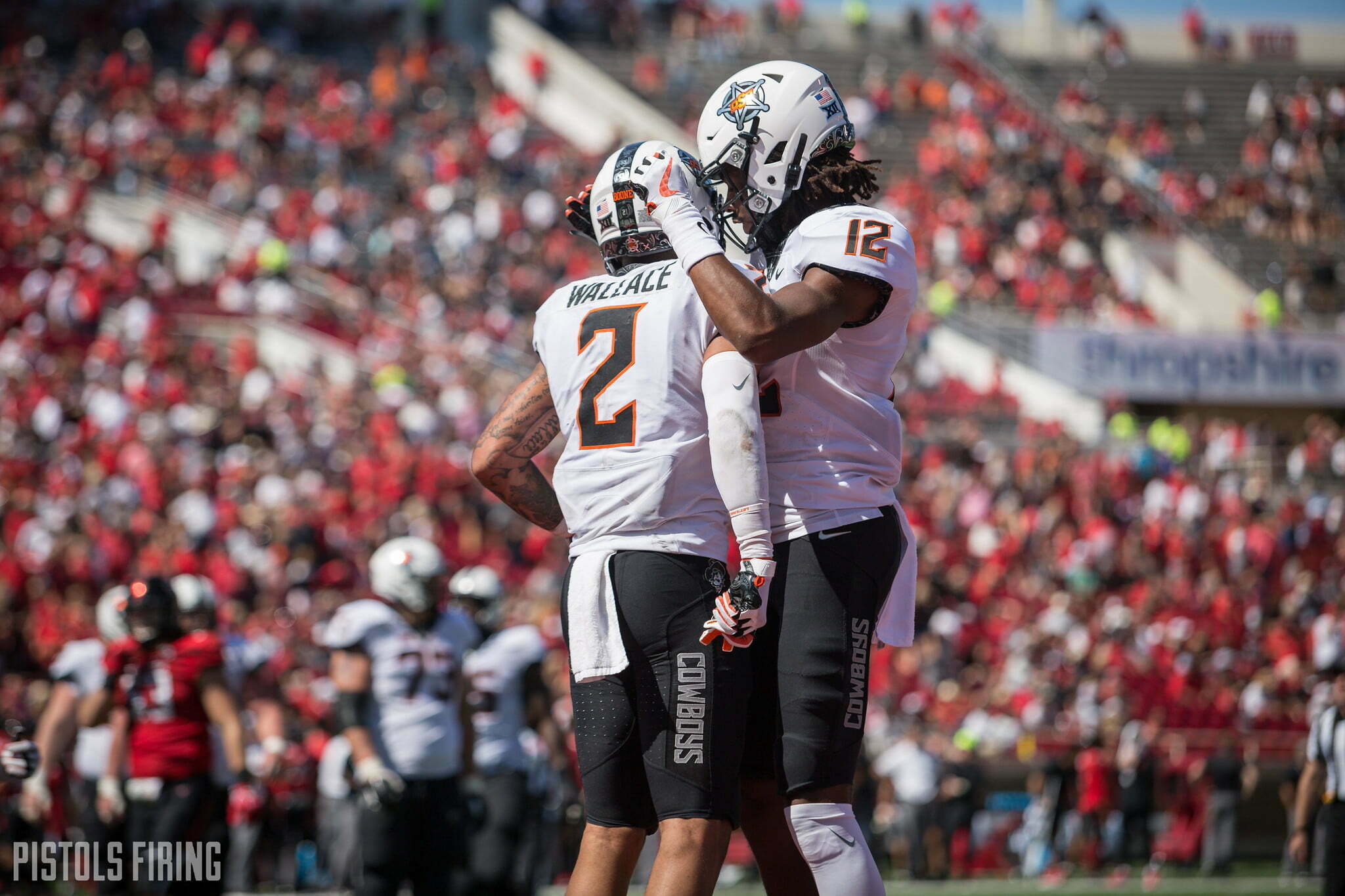 Between Dez Bryant, Justin Blackmon, James Washington and Tylan Wallace, the last decade of pass-catchers at Oklahoma State have been nothing short of superb. But unlike previous years, this season, thus far, is mostly a one-star show. Tylan has been the end-all be-all in the OSU receiving game. Is that because Sanders only looks his way? Or is it because he’s the only one who creates separation? Maybe a little of both. Entering the second half of the season, developing a true No. 2 seems imminent (and necessary).

Before we get there, though, let’s take a little assessment at how the first half of the season has gone.

140-Character Summary: How many times can I type the word Tylan, with spaces, in 140 characters?

Best Performance: Have to say McNeese State here. Tylan with 180 on only five catches (and three scores), Jordan McCray with four catches for 45 yards, and Dillon Stoner with three for 25. Sanders spread the wealth around and everyone got involved.

Worst Performance: Not even close: the Kansas State game. Non-Tylan receivers in this game combined for — shield your eyes, children — 6 receptions for one yard. This is in large part because OSU ran Chuba Hubbard so many times he could have gone halfway around the world, but in terms of total production, this might be a season-low.

Best Play: OK, so it appears *tabulates votes in my own head* we have a tie. This one was T1 simply because it hit everyone with the reminder that oh yeah, Tylan Wallace is a superstar less than a half into Game 1.

Tylan Wallace somehow looks better than he did last year when he was robbed of the Biletnikoff.

This one might’ve been the best overall, though. It had everything. The moss. The sprint and run. The score. Chef’s kiss!

Another 100-yard outing from Tylan. A pro among amateurs. pic.twitter.com/CmN3KvDeb1

Stat that Matters: 140. That’s how many yards Tylan Wallace is behind the nation’s receiving leader, Omar Bayless of Arkansas State, who has 843 already. (No relation to Skip). Liberty’s Antonio Gandy-Golden is No. 2 with 728 just ahead of Tylan with 703.

Tylan gets a 10 out of 10 because … of course. But the depth (or lack thereof) is a bit concerning. We’ve talked about this in recent weeks, but who is your second go-to guy? Is it Dillon Stoner if Tylan is double-covered? Is it Jordan McCray because he’s tall enough to catch the jump ball? No one seems to be separating themselves just yet. Which leads me to ….

The Future: Depth is built with reps, and reps are created by targets, and … I’m just not sure there’s very many to go around. Tylan is the clear-cut, no-doubt-about-it No. 1. He’s going to get the lion’s share of the targets regardless of the coverages. And No. 2 gets a significant downgrade for that reason, and also for this: Oklahoma State leads the Power 5 in rushing attempts per game this season. With as much focus as there is on feeding Chuba and freeing Sanders to run wild, I’m not sure there’s enough attention that will be given to developing a clear No. 2 in this offense this season.

Moving forward, it feels a lot like a Dillon Stoner-or-Jordan McCray-or-Braydon Johnson type situation, but with no one separating themselves, expect Tylan to continue getting peppered with targets in single coverage, double coverage, quadruple coverage — you name it. The passing offense relies on No. 2 to get open, and halfway through half the season, he’s overcome the obstacles like the future pro he is.