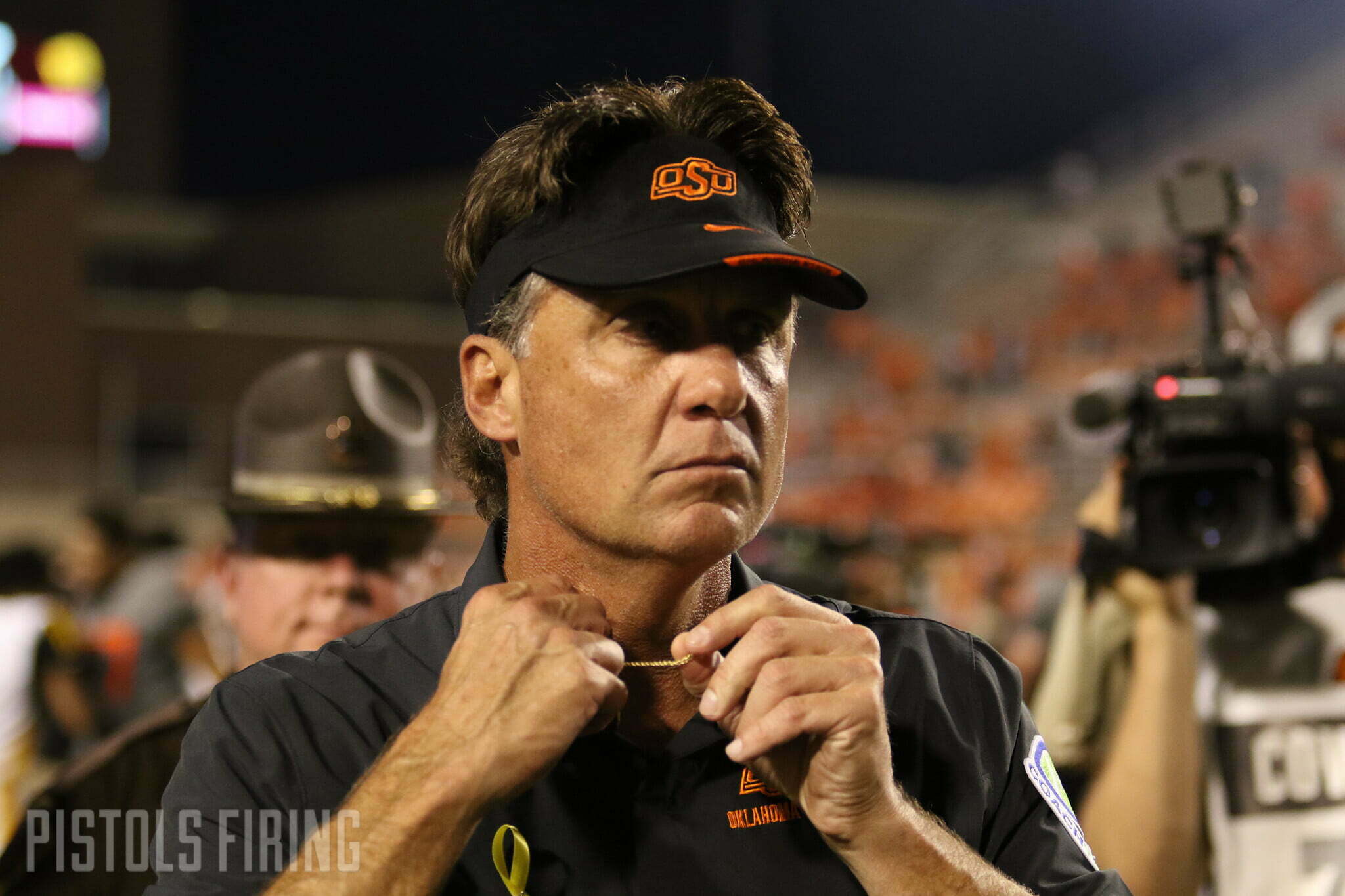 While the Cowboys rested, the rest of the Big 12 lost its mind.

Thanks to a certain upset in Norman, Oklahoma State moved up in the USA Today AFCA Coaches poll despite sitting out with a bye. The Cowboys are not the top-ranked Big 12 team at No. 7.

Oklahoma lost to Kansas State at home and Texas lost to Texas Tech in Lubbock making the outgoing Big 12 powers a perfect 0-2 in the league they’re ready to leave. The Sooners’ 0-1 Big 12 start dropped them 10 spots to 16 and the Longhorns (now 2-2) got bounced all the way out of the ranking.

Kansas is 4-0 for the first time since 2009 and was the second team out according to the coaches, earning 59 votes. Texas Tech was the fourth team out of the Top 25, followed by Kansas State, Texas and TCU. Iowa State also received three votes.