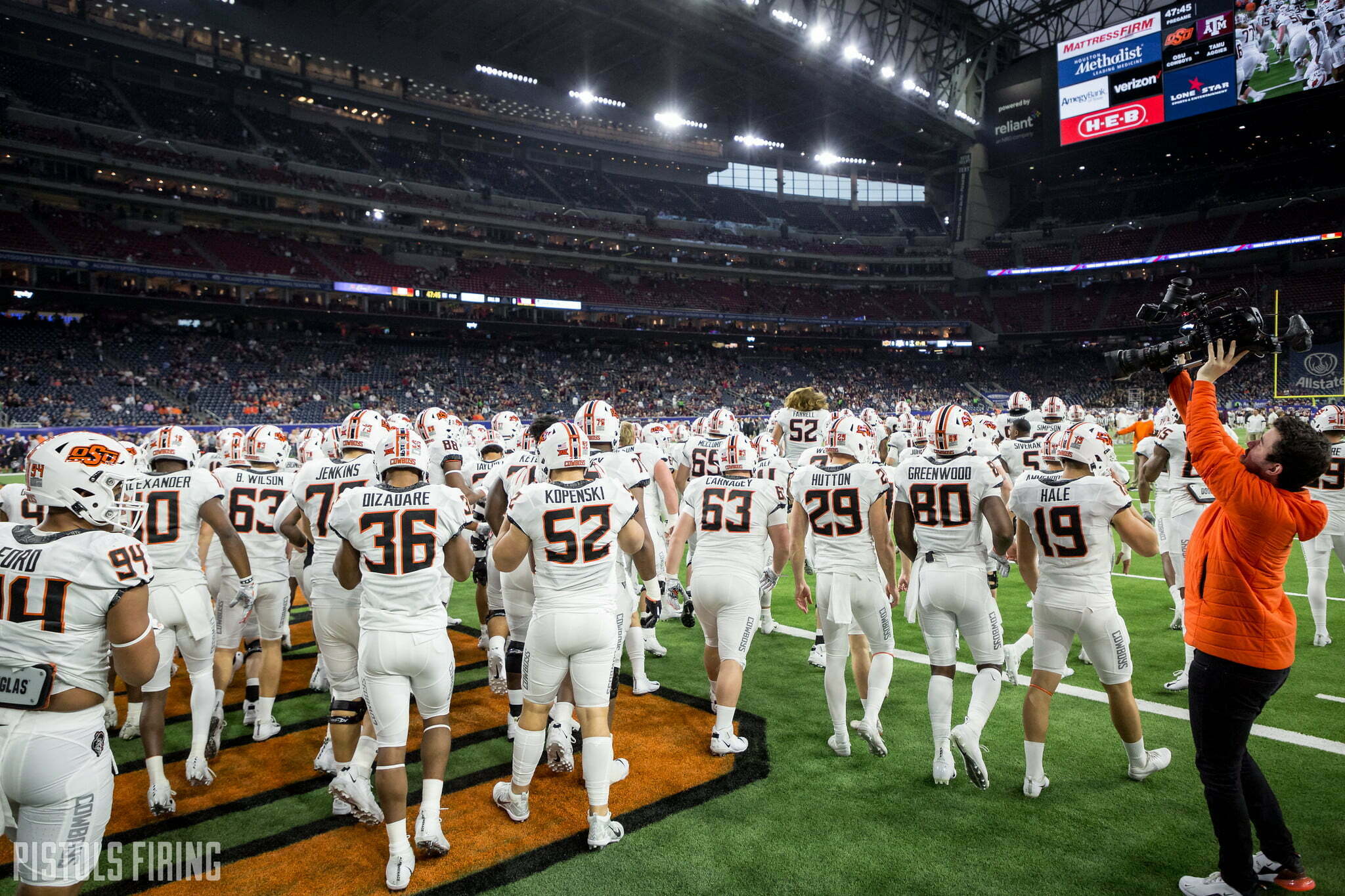 The season is over. Joe Burrow wears a ten and a half. Clemson’s streak has been slashed. Optimism abounds for teams going into 2020, and on the heels of Chuba Hubbard’s big announcement on Monday that he’s returning to Stillwater, USA for another eleven and a half months, Oklahoma State is definitely one of those teams.

We’ll talk expectations more later on, but I wanted to get to a few of the way-too-early polls for 2020 before we do because over here the Kool-Aid is free and will be served in your goblet of choice for the rest of the year.

Here are publications I found that have already pubbed their top 25 lists.

Here’s a sampling of the sweet nectar of that aforementioned drink from a variety of sources with my thoughts at the very bottom.

Outlook: After winning 10 games in three straight seasons (2015-17), the Pokes are a combined 15-10 over the past two campaigns. That might change in 2020, however, with star tailback Chuba Hubbard returning after running for 2,094 yards with 21 touchdowns this past season. Receiver Tylan Wallace, who caught 53 passes for 903 yards with eight scores before suffering a knee injury in practice in November, is also returning.

Oklahoma State has one of the top offensive trios in the country. The Cowboys return running back Chuba Hubbard, wide receiver Tylan Wallace and quarterback Spencer Sanders. Hubbard just led the nation with 2,094 rushing yards, Wallace has 139 catches for 2,394 yards and 20 touchdowns combined over the last two seasons and Sanders threw for 2,065 yards and rushed for 628 yards as a freshman. If the Cowboys take another step forward defensively, there’s a chance they could halt a streak of five straight losses to rival Oklahoma. [Yahoo]

The pick here for the second-best team in the Big 12. The Cowboys will have 2,000-yard rusher Chuba Hubbard, a high-end receiving target in Tylan Wallace (53 catches, 903 yards and eight touchdowns in eight games) and the returning Big 12 offensive rookie of the year in quarterback Spencer Sanders. If healthy, the Pokes are perhaps the biggest threat to Oklahoma in the conference. [WaPo]

Ok, here are some of my thoughts.

• It looks like everybody just looked at everybody else’s top 25s and placed OSU (and other teams) based on those. 😂

• To be fair, a lot of these were turned in before Chuba announced his decision on Monday so it makes sense to drop OSU five spots or out of the top 25. That’s how big his impact is.

• The Cowboys will certainly enter the year as a top 25 team and should roll in the non-conference. Then comes the Big 12 gauntlet, where they’ve labored in recent years. They get TCU in Ft. Worth and Iowa State at home. Those two games will tell us a lot about where they’ll end up in the last top 25 of next season.