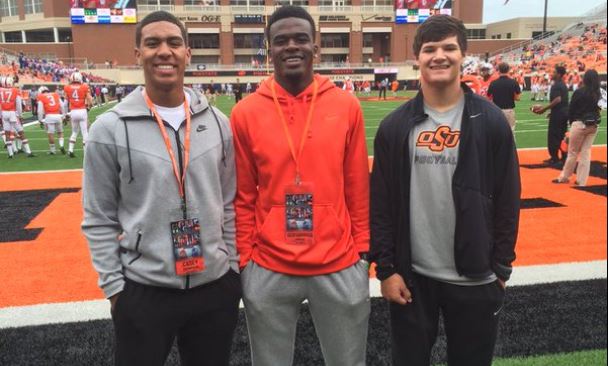 After making an unofficial visit to Stillwater for homecoming this weekend, 2018 Southmoore, Okla. quarterback Casey Thompson has received an offer from Oklahoma State, he announced today.

After a visit to Stillwater this weekend, I have received an offer from OSU??? pic.twitter.com/pqQ973qxLn

Thompson is enjoying a breakout sophomore campaign for Southmoore, as they stand at 7-1 on the season. He already has accounted for 34 total touchdowns through 8 games.

The scholarship from Oklahoma State makes his fourth overall, including others from Oregon State, SMU, and Arkansas State.