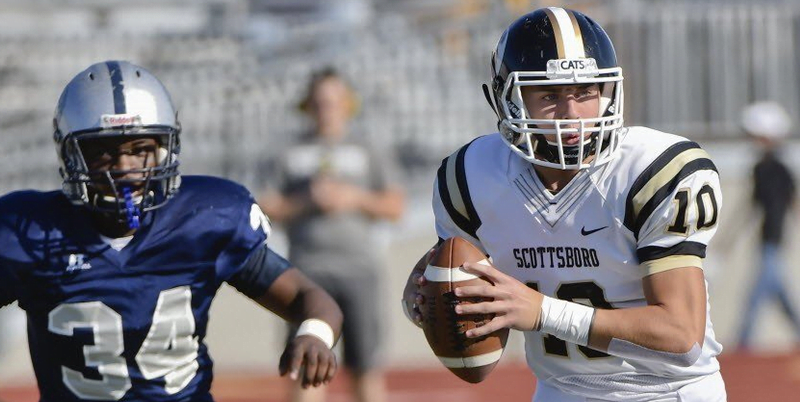 Oklahoma State has already secured a solid verbal commitment from Spencer Sanders in the 2018 recruiting class. That gives the coaching staff the luxury of looking ahead, and Mike Yurcich extended his second offer to a 2019 prospect this week. Bo Nix, a Scottsboro, Ala., prospect, announced his offer on twitter. Quarterback Grant Gunnell, a 6-foot-6 prospect from Houston was the other QB offered in the latter part of 2016.

Nix, a dual-threat prospect, has already garnered offers from Florida State, Ole Miss, Tennessee, and Auburn, among others.  Gus Malzahn may have a leg up, too. Nix’s father, Patrick Nix, is a former Auburn quarterback and current head coach of his son’s Scottsboro team.

As a sophomore in the 2016-17 season, Nix started for the varsity team and racked up 1,737 yards through the air and 17 touchdowns with a 55.2 percent completion percentage, according to MaxPreps. He also averaged 10 yards per carry on his way to a 1,300 yard rushing season, adding 20 touchdowns on the ground.