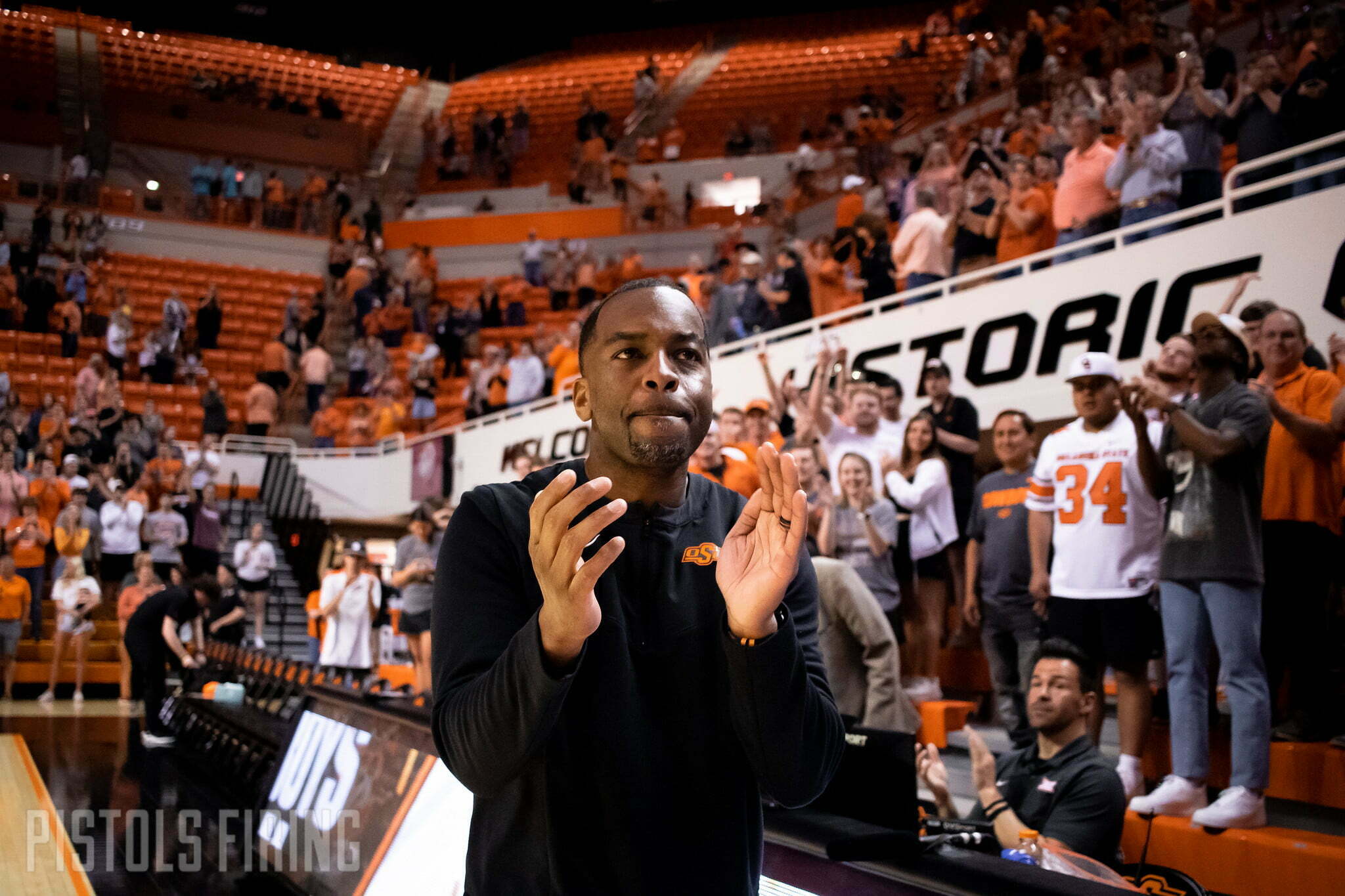 The evaluation period for men’s basketball opened this weekend, and Mike Boynton has sent out his first offer.

Carey Booth, a 6-foot-9 forward from Colorado, announced an Oklahoma State offer Saturday evening. Booth is an AAU teammate of OSU commit Parker Friedrichsen at KC Run GMC. Boynton was in Indiana on Saturday and was at Friedrichsen’s game and left offering his teammate.

Booth is the son of Denver Nuggets GM Calvin Booth. Calvin played in the NBA from 1999 to 2009.

Despite his size and pedigree, Carey is still an under-the-radar guy in the 2023 class. He isn’t ranked on Rivals, and 247Sports lists him as a two-star recruit. Since Friday, he has announced offers from OSU, Iowa, Cal and UCSB. He already had offers from Georgetown, Minnesota, Penn State and San Francisco.

Booth has good coordination for his size. He can shoot from 3, and he has a quick release in catch-and-shoot situations.

As things stand, Friedrichsen is the only commit in OSU’s 2023 class.