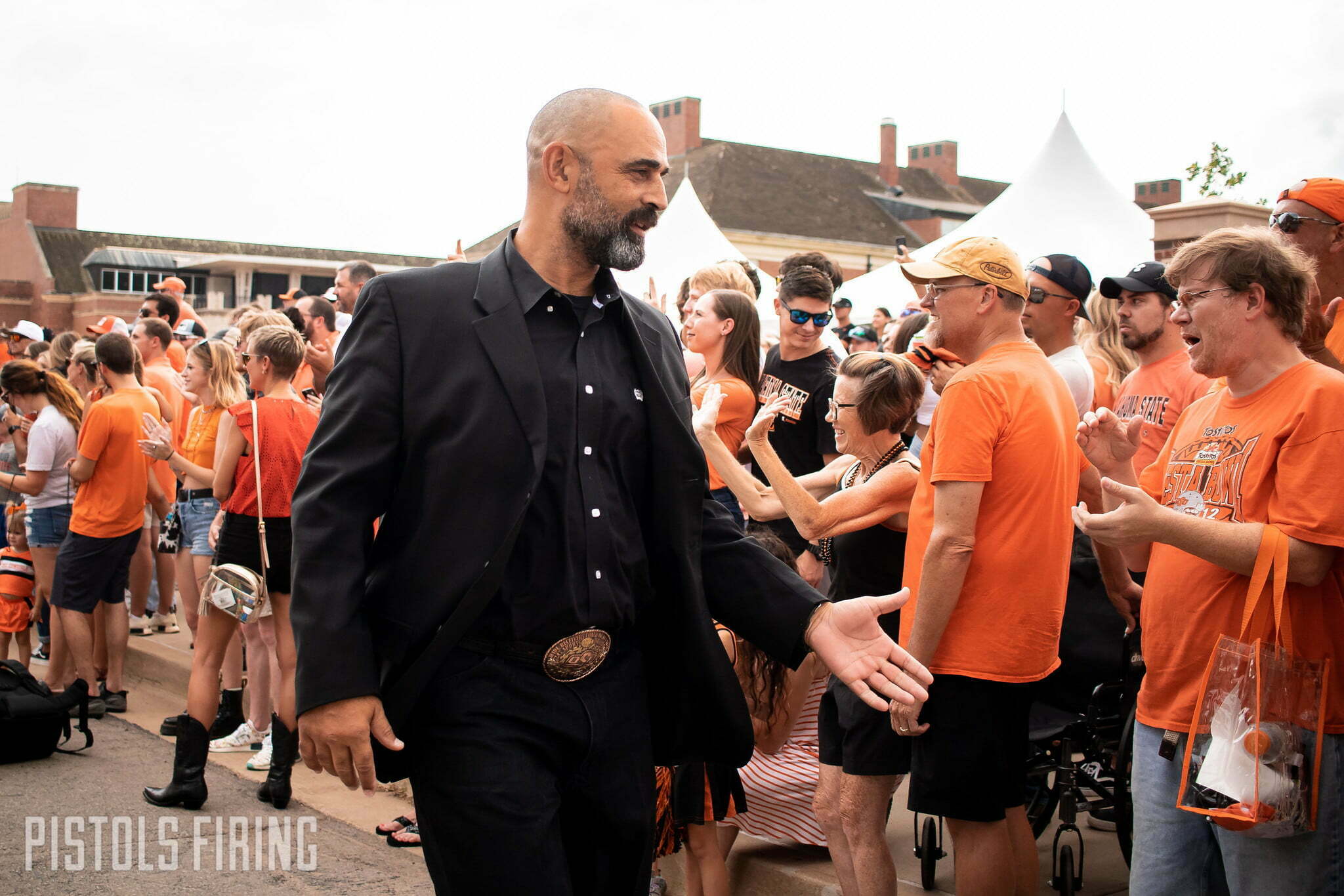 Kasey Dunn has spent a lot of time in Idaho, so it makes sense that he would hear about standout wide receivers from the Gem State.

Dunn, Oklahoma State’s offensive coordinator, graduated from the University of Idaho where he was an All-American wide receiver before going on to have two coaching stints with the Vandals. And on Monday, Oklahoma State offered 2023 athlete Kenyon Sadiq and 2024 receiver Gatlin Bair, both the top prospects in Idaho in their respective classes.

Sadiq plays as a receiver and a defensive back for Skyline High School in Idaho Falls, where he won a state championship this past season. Based off Sadiq mentioning Dunn and offensive quality control coach Lorenzo Joe in his offer tweet, it appears the Cowboys are after Sadiq as a receiver.

OSU joins the likes of Michigan, Oregon, Texas, Arizona, Washington State, Iowa State and others that have extended scholarship offers to Sadiq.

Bair plays his prep ball at Kimberly High in a town of about 3,000 people. In his sophomore season, Bair had 987 receiving yards and 18 touchdowns. It seems like a classic small town superstar scenario in that Bair plays offense, defense, returns kicks, returns punts and played on Kimberly’s state championship basketball team.

For the most part, Bair’s recruitment has stayed in the Idaho area. Aside from Oklahoma State, he holds offers from Oregon, Stanford, Utah, Washington State, BYU, Boise State, Idaho, Idaho State and Utah State.

247Sports lists Bair as the No. 42 wide receiver in the 2024 class, making him a three-star recruit and Idaho’s top prospect.