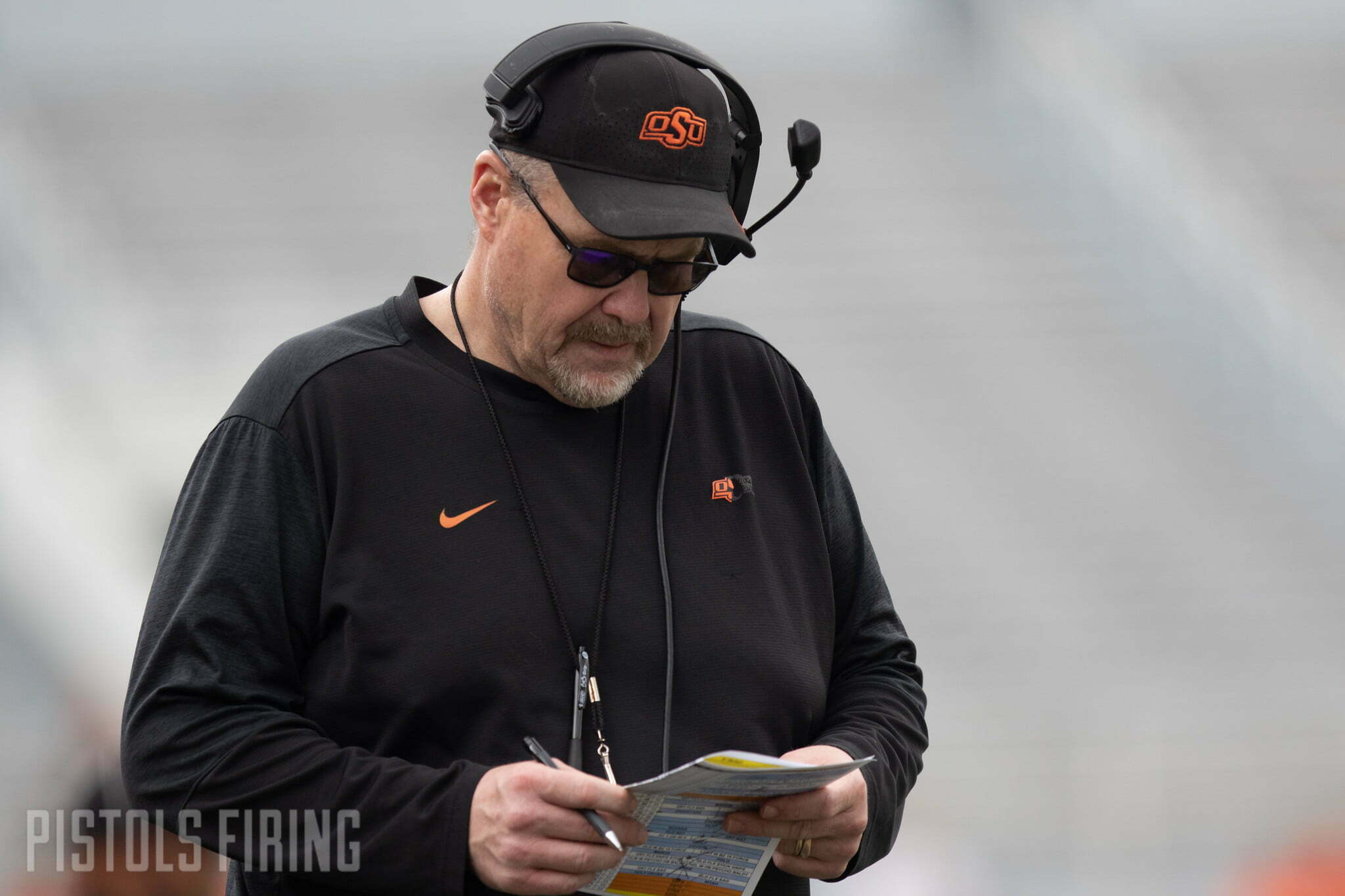 The Cowboys’ newest offensive line offer is listed at 6-foot-4, 326 pounds, but he can do the splits.

Oklahoma State is the latest program to offer Butler Community College (Kansas) product Cooper Lovelace. Lovelace markets himself as, “The most flexible big man you have ever seen.” He isn’t lying.

Lovelace’s recruitment has started to pick of as of late. He already had offers from Rice, Tulsa, UMass, Kent State, Central Michigan, Arkansas State and Louisiana, but in the past week he has added offers from Iowa State, Kansas, USC, Oklahoma State and Florida.

A native of Kansas City, Lovelace played his high school ball at Shawnee Mission East before going the junior college route. Butler is the same program OSU tackle Caleb Etienne spent time at. Lovelace included a photo of Etienne in his offer post.

Lovelace played at both guard spots and got some work at right tackle for Butler this past season. He probably projects to a guard at the FBS level, but he can do a lot of different things with his flexibility and athleticism.

Oklahoma State is in the market to shore up things on the offensive front. The Cowboys did have three O-line transfer commits until Prince Pines recently flipped his commitment to Tulane.