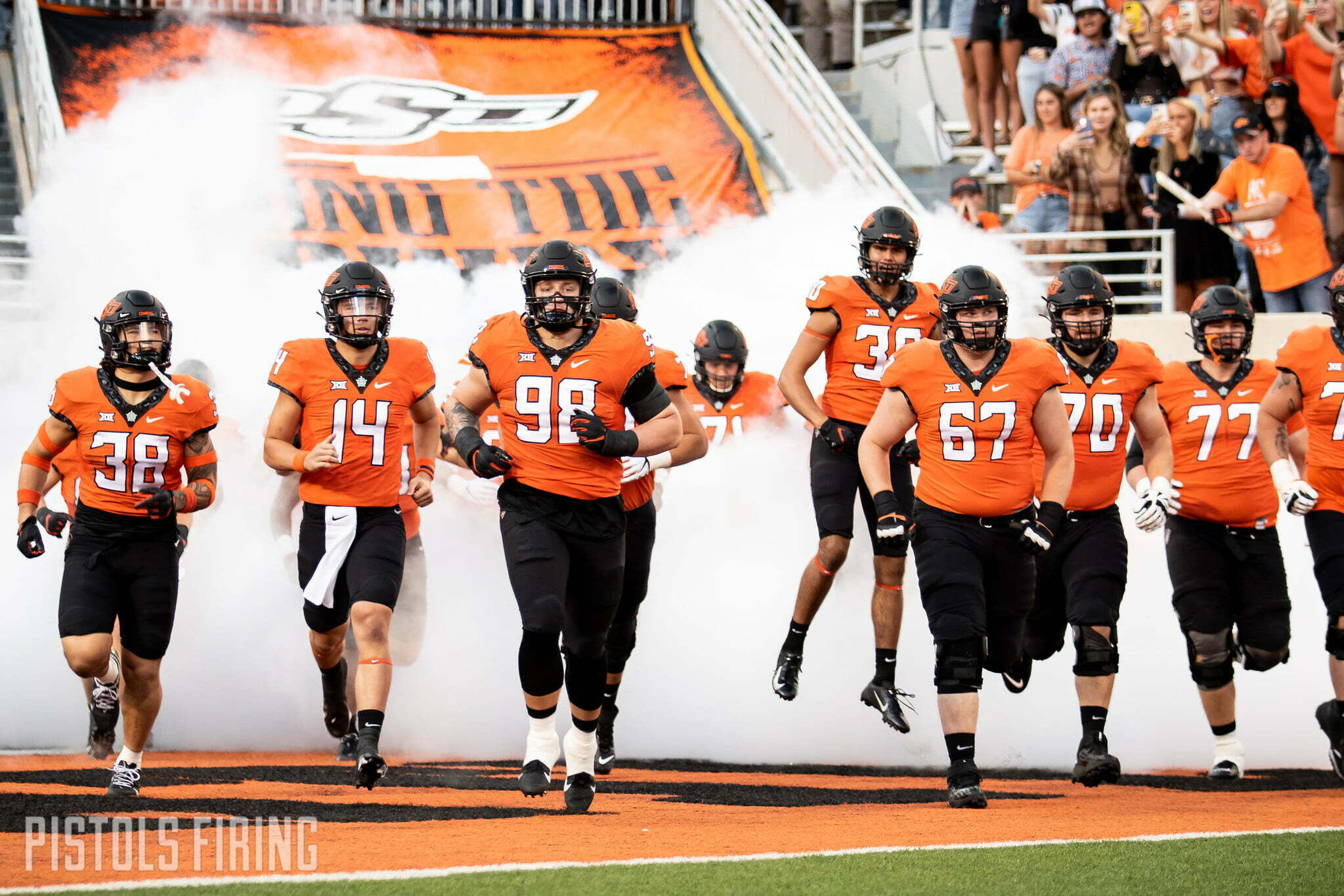 The Cowboy coaching staff is familiarizing itself with a high school in northern Louisiana.

Enyce Sledge and Zalance Heard both announced scholarship offers from Oklahoma State on Wednesday. The pair play together at Neville High in Monroe, Louisiana.

Sledge is a 2022 prospect who is currently committed to Baylor. A 6-foot-4, 315-pound defensive tackle, Sledge also has offers from Kansas State, West Virginia, Purdue, Indiana and others.

He is the No. 1,049 player in the 2022 cycle, according to the composite rankings, making him a three-star prospect.

He is strong enough to bull rush offensive linemen into the backfield, but he also has a deceptively quick swim move, allowing him to zip by guys at the high school level.

Heard is a 6-foot-5, 300-pound prospect in the 2023 class who plays on the offensive and defensive lines at Neville. It looks as if OSU is after him as an offensive linemen, as he mentioned O-line coach Charlie Dickey in his offer announcement.

Heard will likely have the pick of the litter in terms of programs by the time his signing day comes around. He is the No. 329 prospect in the 2023 class, according to the composite rankings, and he already has offers from Texas, Michigan, Ole Miss, TCU and Colorado.