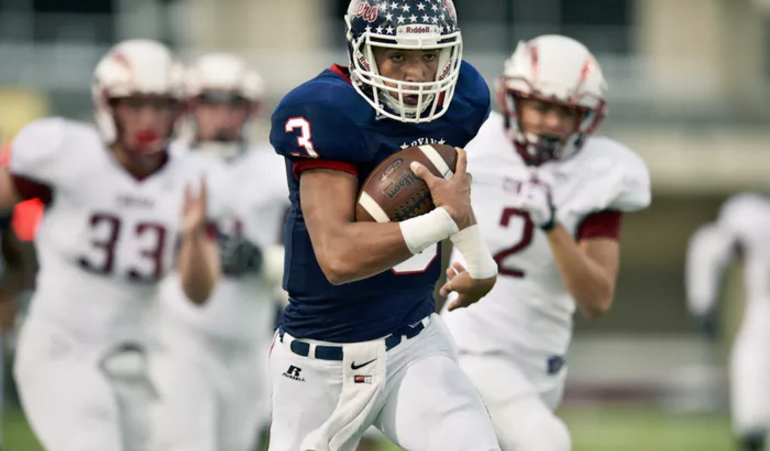 For as crazy as the last few days have been around Stillwater, one bright light continues to shine: 2018 quarterback commit Spencer Sanders.

Sanders is widely considered to be one of the top dual-threat quarterbacks. Not just in Texas — but in the country. Rated as a four-star prospect, he picked OSU over many offers — and garnered yet another on Tuesday in TCU.

He took the time to announce his offer, and also made it very clear where his loyalty lies: With Oklahoma State.

I am VERY firm with OSU, but still honored and blessed to receive an offer from TCU?? pic.twitter.com/TDMmu7TNpe

Sanders has been a commitment of the Cowboys for a few months. He is the only recruit committed in the 2018 class. So having him on board and fully committed will be a huge piece in adding around him to fill out the class.

Don’t be surprised when other schools continue to keep giving him a shout with scholarship offers, especially this offseason as he prepares for his senior year at Denton Ryan. But at this time, Sanders appears to be all OSU. Having him solid in his commitment says a lot about his integrity, and will go a long ways for the OSU staff in recruiting the rest of the class.