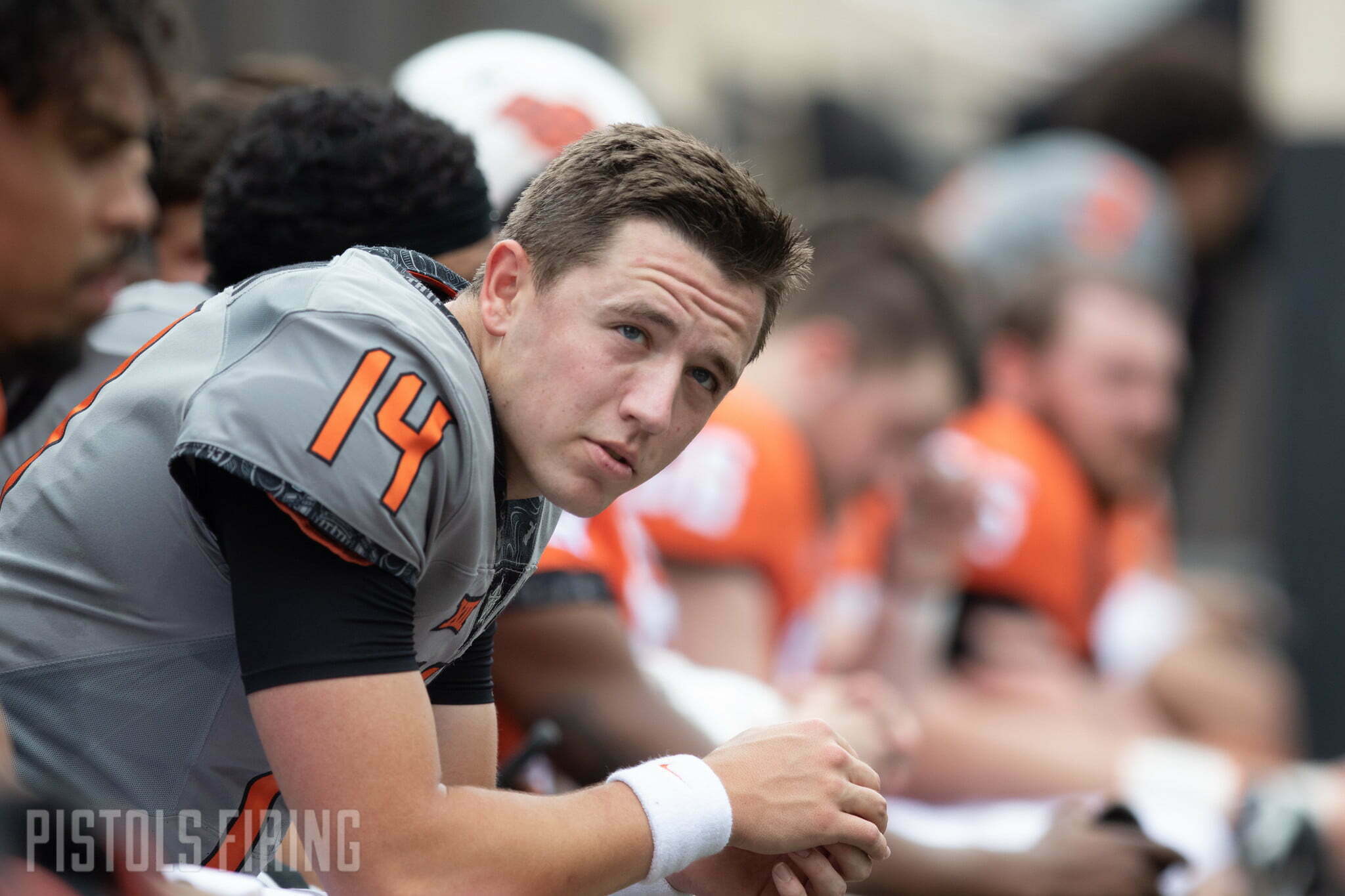 The Cowboys’ inexperienced quarterback depth could take another hit.

Thompson, a walk-on from Tulsa, has been in Stillwater for three-plus seasons without appearing in a game. He joined the Cowboys in 2019 and redshirted that season before spending the next two deep in the QB depth chart. But the move further underlines the lack of experience behind All-Big 12 passer Spencer Sanders.

This makes for the third OSU quarterback to enter the portal this calendar year. Last season’s QB2, Shane Illingworth, entered in January before landing at Nevada and Ethan Bullock entered the portal in April.