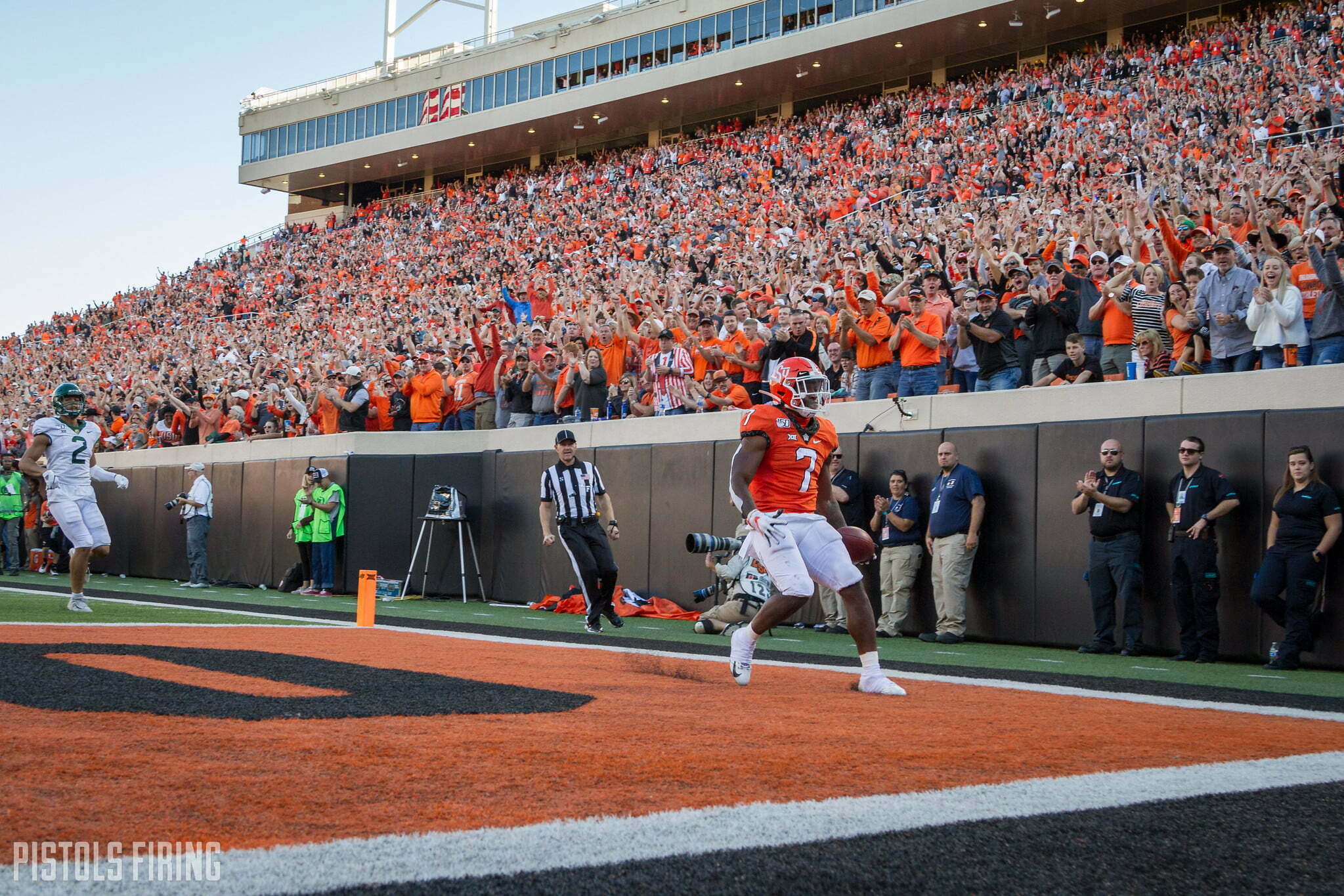 Not only is Big 12 football going to be played this fall (for now), but there is also a chance that fans could be in Boone Pickens Stadium as early as Sept. 12 to see it.

The Big 12’s release Wednesday morning stating that it was going ahead with fall sports included an interesting tidbit toward the bottom, stating “stadium capacities will be determined by each member institution in accordance with local and/or state health ordinances, and working with government officials.”

Not too long after all the announcements of football happening and new schedules, Oklahoma State released updated fan safety measures the program will take at Boone Pickens Stadium.

The big one is masks. Oklahoma State and the City of Stillwater have mask ordinances in place for people to wear face coverings in public places, and that will be upheld at BPS.

There will also be additional space between spectators, or as OSU’s released put it, “adequate space is allotted between groups.” So it sounds like you’ll be able to sit closely with the people you entered with, but not other groups of people.

Tailgating will also be prohibited on campus. OSU’s tailgating scene is a big part of the game day atmosphere in Stillwater, so it’s sad to see it gone this year. But it also seems like an OK price to pay for actually having football.

OSU athletics is also going to mobile ticketing and parking. OSU will not mail out tickets or parking passes and encourages fans to download those on their cellphones. The release also says that fans can print tickets from their homes.

Concession stands in the stadium have been fitted with Plexiglas and “several” hand sanitizing stations have been installed throughout the stadium.

With how Tuesday started with the Big Ten and Pac-12 canceling football altogether in 2020, it’s crazy to think that football is scheduled to happen in Stillwater and that fans might still be in the stadium to see it.