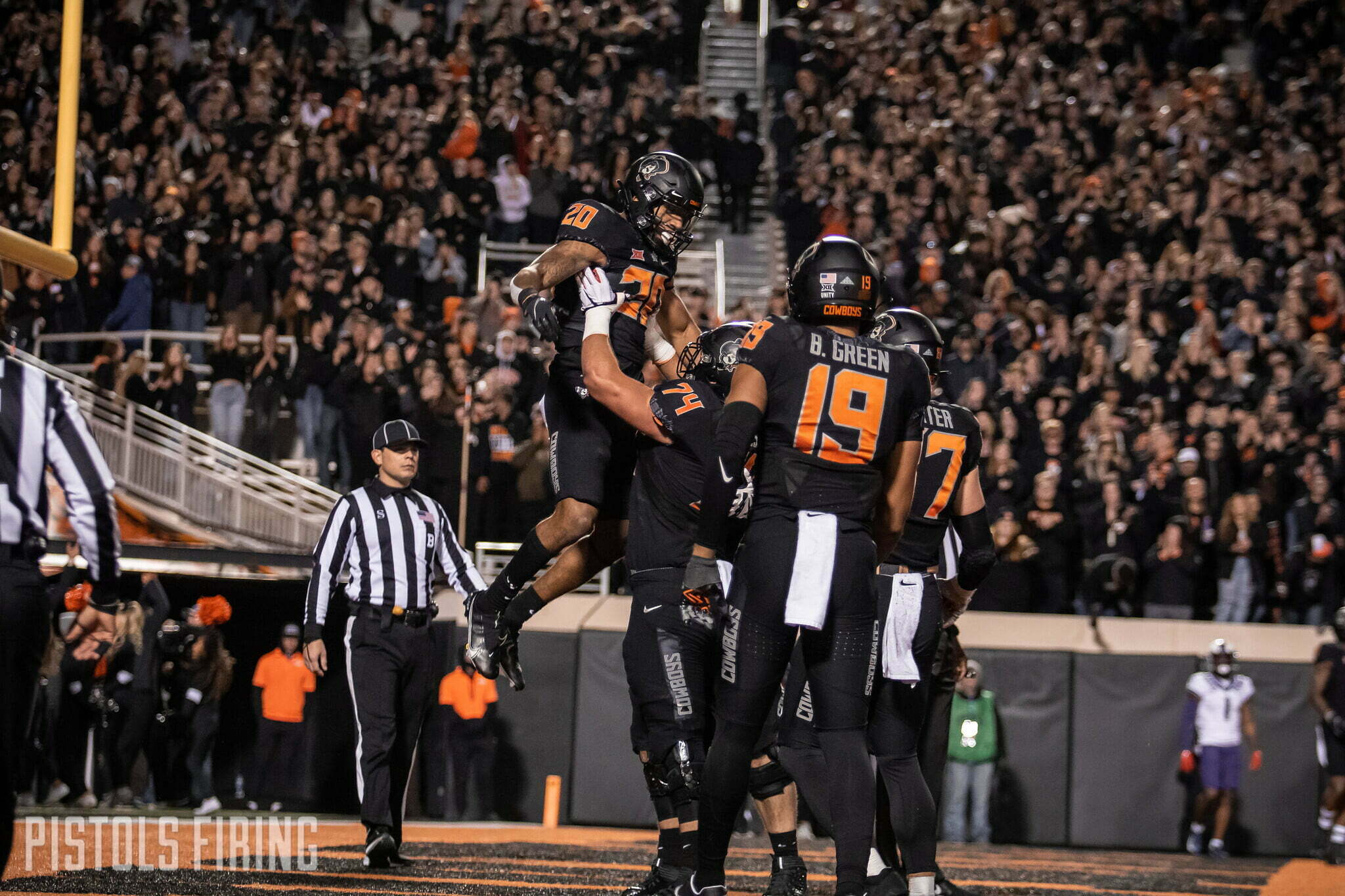 Oklahoma State was able to avoid all the craziness that went on around the Big 12 thanks to an early off week. That craziness included an upset in Norman which leaves the Cowboys — still at No. 9 — as the conference’s top-ranked team according to the Associated Press ranking. The Cowboys moved up to No. 7 in the coaches poll.

Oklahoma fell to Kansas State and dropped down to No. 18 in the AP ranking and the Wildcats’ win saw them jump in at 25. Texas fell out of the ranking after its second loss of the season.

Baylor moved up one spot to 16 after beating Iowa State setting up a 9/16 matchup when the Cowboys head to Waco on Saturday. Future Big 12er BYU remained static at 19 after defeating Wyoming.

The first two teams out of the AP Top 25 are Kansas (125 votes) and another Big 12 addition Cincinnati (60 votes). The Jayhawks are off to their best start in over a decade.