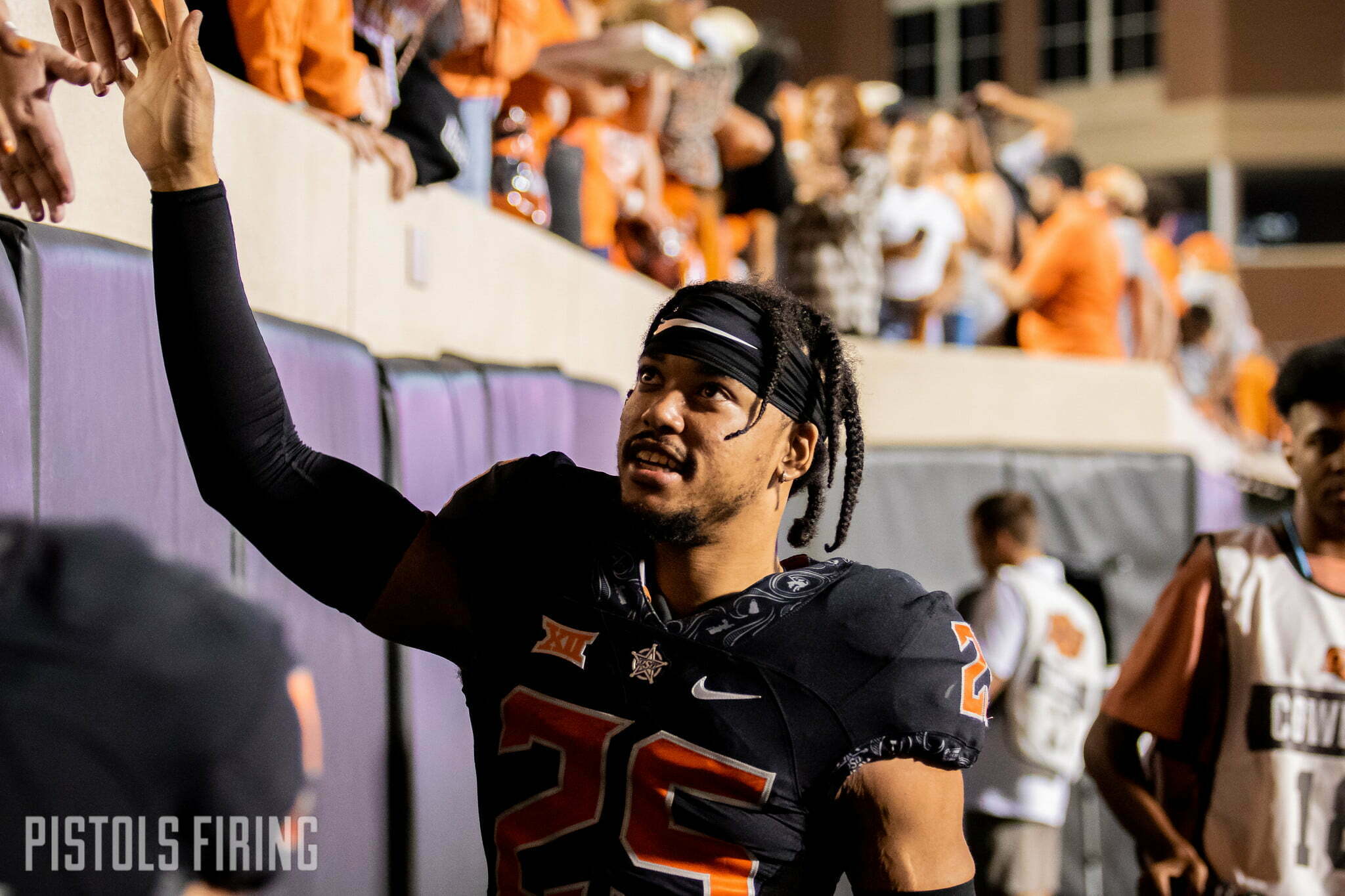 Jason Taylor II, an All-American this past season, has played his last game in Stillwater.

Taylor announced on Saturday that he would declare for this upcoming NFL Draft in a tweeted video and statement thanking his OSU coaches, teammates, fans, friends and family.

“As I look back through my time in Stillwater, I have always felt like this is where I was supposed to be from the beginning. For that, I want to give appreciation to my fans, the alumni of this great university, and Cowboy Country.”

After redshirting in 2018, the Carl Albert (Okla.) product played in every OSU game over the last four seasons, first standing out as a ball hawk and playmaker on special teams and then earning a starting role as a sophomore. He’s been a starter at safety the past two seasons including being a key piece on OSU’s vaunted 2021 defense.

Taylor led the Big 12 this season with six interceptions and solo tackles (80). He led OSU with 99 total tackles and was second on the team with seven pass breakups. He was named a Walter Camp Second-Team All-American and to the All-Big 12 Defensive First Team.